After spending heavily south of the border, Bank of Montreal will lean on its U.S. operations to combat a slowing Canadian market and soaring technology and regulatory costs.

As Canadians curtail their borrowing, the country's biggest banks have watched growth rates on their personal lending portfolios fall to low single digits. Until now, BMO had been an outlier, churning out impressive lending growth.

But during the fourth quarter, the bank fell in line with its peers with personal lending growing just 1 per cent, quarter over quarter. At the same time, BMO's expenses have skyrocketed. The bank's revenue climbed 8 per cent in the quarter from the year prior, but expenditures jumped 14 per cent.

Finding the right means to counteract these forces is crucial for BMO because its earnings growth has been muted. Profit in fiscal 2014, which ended Oct. 31, climbed 3 per cent from the previous year and jumped only 1 per cent from 2012 to 2013. The bank's return on equity (ROE) amounted to 14 per cent in fiscal 2014, shy of its 15-per-cent target.

On Tuesday, chief executive officer Bill Downe stressed that the best way for BMO to fight through these headwinds is to look south, where the bank has invested in capital markets operations and personal and commercial banking, largely through the acquisition of Marshall & Ilsley for $4.1-billion (U.S.) in 2010. BMO has hired investment bankers to build out its underwriting and advisory business, and the bank is also optimistic that the tough market for commercial lending will ease.

The bank's commercial loan growth south of the border is already impressive, climbing 17 per cent year over year. But the division's profits have suffered from fierce competition that has weighed on margins. Mr. Downe believes this pressure is starting to ease.

"We have earned our way through pricing declines in the market," he said. "Our own view is that those headwinds … have abated and that that business should be able to show good ROE [and] revenue growth."

Mr. Downe also stressed that some of the expenses incurred during fiscal 2014 should help to improve the efficiency of its regulatory reporting, which all banks have said is an expensive endeavour in the wake of the financial crisis.

There were bright spots in the earnings. Canadian personal and commercial banking capped off a strong year that saw annual earnings climb to more than $2-billion for the first time, after stripping out one-time items. Wealth management assets jumped 17 per cent, even after excluding assets from the acquisition of Britain's F&C Asset Management this year for $1.2-billion.

The bank also raised its quarterly dividend by 2 cents to 80 cents.

However, the quarter was widely viewed to have had a lot of "moving parts," making it hard to spot overall momentum. Earnings in the bank's capital markets operations dropped 12 per cent from the same period a year ago, and 38 per cent from the previous quarter. The sudden slump stemmed from a one-time $39-million charge related to its derivatives portfolio, as well as volatile bond markets that scared clients in September and October.

Before the latest set of earnings, BMO, like many of its peers, benefited from booming capital markets and wealth management revenues. Hot markets made it much more likely for companies to raise cash or strike a deal, which helped investment banks earn advisory fees, and banks earned bigger money management fees as equity values rose.

Some banks relied on growth in these fees to mask slower personal and commercial banking growth, but BMO's domestic retail operations stood out for much of the year, sporting personal loan growth in the mid-to-high single digits. Although the bank was historically known for commercial lending, Mr. Downe has pushed hard to expand its retail banking presence by being aggressive in areas such as mortgage pricing.

The benefits from this strategy may not be as bountiful in the near future. "Against the backdrop of a cooling housing market, consumer de-leveraging and quarterly loan growth averaging 1 per cent this year, our outlook for earnings growth remains tempered over the near term," Barclays Capital analyst John Aiken wrote in a note to clients. 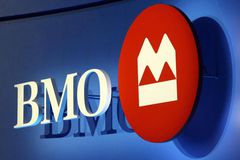 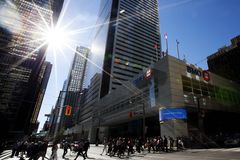 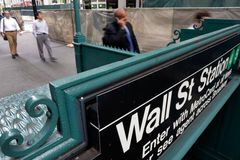 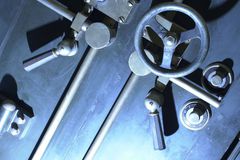