U.S. lawmakers probing the botched rollout of a key part of the country's health-care reforms are turning their attention to Canada's CGI Group Inc.

A unit of the Montreal-based technology giant is the main contractor behind an online marketplace that allows Americans without health insurance to buy it. The platform is a critical component of the Patient Protection and Affordable Care Act, also known as Obamacare, which requires nearly every American to have health insurance and provides subsidies to assist in purchasing it.

Ever since its launch on Oct. 1, the website (healthcare.gov) has been beset with problems, providing ammunition to opponents of U.S. President Barack Obama's signature legislative accomplishment. The glitches plaguing the website have triggered at least two congressional probes as lawmakers seek to assign responsibility for the fiasco, making it likely CGI's role in the project will face heightened scrutiny for months to come.

On Thursday morning, Cheryl Campbell, a senior vice-president at CGI Federal Inc., is scheduled to testify before the House energy and commerce committee. The hearing's title is "PPACA Implementation Failures: Didn't Know or Didn't Disclose?"

CGI is also at the centre of another nascent inquiry. Congressional investigators spoke with company officials earlier this month, according to a letter released Tuesday by a powerful committee charged with oversight of the federal government.

A CGI spokesman did not respond to requests for comment.

On Monday, Mr. Obama defended his health-care law, which was designed to help the roughly 15 per cent of Americans without any insurance, but he criticized the performance of the online marketplace.

"There's no sugar-coating it. The website has been too slow, people have been getting stuck during the application process," Mr. Obama said. "Nobody's more frustrated by that than I am."

Federal officials originally blamed the website's difficulties on the surge of traffic that followed the launch, but the problems are more widespread. CGI was responsible for designing and developing the technology architecture of the new marketplace. Several other contractors also played key roles in the functioning of the platform, although CGI's contract – $94-million (U.S.) over five years – was the largest by far.

One early focus of attention from lawmakers: the requirement that users create an account before shopping for health insurance, which has been eliminated. That component failed to work properly and resulted in logjams.

CGI officials told congressional investigators the decision to require users to create an account was made only a month before the website's launch, according to the House committee on oversight and government reform.

Darrell Issa, the Republican chairman of the committee, together with four other Republican lawmakers, sent a letter to top technology officials in the White House requesting all of their documents related to the IT systems involved in Obamacare, including records of communications and meetings with outside contractors like CGI.

The letter cited a mid-October briefing from CGI officials to suggest the White House was deeply involved in the decision-making process surrounding the website.

The system was developed under the aegis of an arm of the U.S. Department of Health and Human Services. Department employees "constantly mentioned the 'White House' when discussing matters with CGI," the letter said, and "would routinely state: 'this is what the White House wants.'"

"We are concerned that the Administration required contractors to change course late in the implementation process to conceal Obamacare's effect on increasing health insurance premiums," the five Republicans wrote in the letter.

As recently as September, Ms. Campbell, the senior executive at CGI Federal, had assured lawmakers the website was on track. CGI "is confident that it will deliver the functionality … to enable qualified individuals to begin enrolling in coverage" on Oct.1, she had said in testimony before Congress. 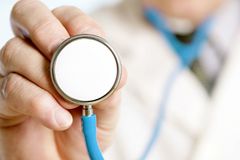 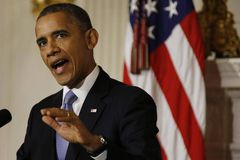 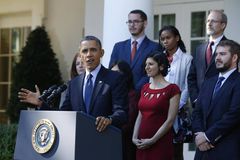