As Canadian telecom companies continue to invest in data centres, many are going beyond networking and data storage services and highlighting offers of more customized computing solutions for their business customers.

While the market for wireless and Internet services is maturing – and with cable television in slow decline – most Canadian residential telecom providers have increased their investment in data centre operations aimed at serving enterprise clients from small businesses to large public companies and government organizations. They are competing with – and sometimes working with – a number of non-telecom players that are already offering cloud services, such as Microsoft, IBM, Amazon Web Services and Cisco.

The overall market for telecommunications services was $46-billion in 2014, according to the Canadian Radio-television and Telecommunications Commission, and much of that is dominated by retail wireless, voice and Internet services. But cloud computing offers the opportunity for growth, and market research firm IDC Canada predicts Canadian spending on cloud services will total $2.8-billion for 2015.

Tony Olvet, group vice-president of research at IDC, says the market for cloud-based services is "growing rapidly" as companies, which have already become comfortable using Web-based software applications, are now spending money on more complex solutions such as outsourcing servers and other computing infrastructure.

"One of the big reasons for that is we now have a number of providers that have decided to build data centres in Canada over the last two years. You've probably seen a whole slew of announcements," Mr. Olvet said, adding that part of the demand for that came from businesses looking to keep their data stored in Canada, whether to comply with regulations or simply for "peace of mind."

In early December, Telus Corp. said it was launching a portfolio of "hybrid" cloud services that allow customers greater flexibility to scale up their use of cloud-based resources when needed and rely on their own computing infrastructure or dedicated servers when they have less demand.

Cable players Rogers Communications Inc. and Cogeco Cable Inc. have recently restructured their enterprise business units and highlighted offerings of more advanced cloud applications that give customers increased flexibility and customization options. And Shaw Communications Inc. is starting to apply expertise from its U.S. subsidiary ViaWest Inc. in Canada, opening a 40,000-square-foot data centre in Calgary in early January and announcing a partnership with Microsoft that will enable it to offer a range of customized cloud computing options for businesses.

The challenge now will be to stand out in a crowded market. In a report sponsored by Telus in October, IDC highlighted a challenge that many telecom operators could face as they try to crack into the cloud computing industry and gain credibility for more advanced services.

"Telus is well known in the Canadian market as a telecom provider. To establish itself as a leading provider of cloud services, it has to increase its brand awareness and service perception in cloud," wrote David Senf, program vice-president at IDC's infrastructure solutions group.

Mr. Senf added that Telus should be able to promote itself as a cloud provider by highlighting its "robust communication network" and the fact that it has already been operating data centres for 20 years.

"There are definitely a lot of investments being made in Canada and there are a lot of announcements that we see almost on a bi-weekly basis," François Gratton, executive vice-president of Business Solutions East at Telus, said in an interview. "But some providers are more real estate players. They open a data centre and rent the space out. That's not the market we're going after. We are really going and helping Canadian companies that need our help, whether it's through managed hosting or cloud services."

Canadian telecoms could also face more competition from the south as U.S. data services companies could look to enter Canada over the next two years, according to a recent report from Macquarie Capital Markets. The Canadian market for cloud services is underpenetrated compared to the U.S., the report said, but it added that concerns by Canadian customers about the U.S. government monitoring assets owned by American telecom operators could dampen the enthusiasm of those companies to compete in Canada. 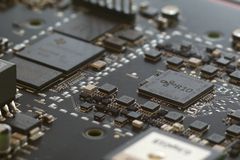 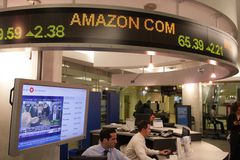