Some of the country's biggest television providers have been accepting payments from RT – the Kremlin-controlled news channel that is considered part of Russia's propaganda machine – in return for ensuring that it is widely available to Canadian households.

The deals are unusual because they represent a reversal of the usual flow of money in the TV distribution business. In most cases, cable and satellite companies pay specialty television channels for the right to carry them, usually in the form of a monthly fee for every subscriber.

But the Russian government is so intent on using RT to spread its point of view in foreign countries that it is willing to pay cable and satellite operators for the privilege, according to sources familiar with the agreements.

Some Canadian TV sellers include RT in packages for consumers that include few other international news channels, guaranteeing a bigger potential audience for its pro-Russia, and often anti-Western, news programs and talk shows.

The details of the agreements are not disclosed to the federal broadcast regulator, nor to the Canadian public, because they do not have to be. Non-Canadian channels distributed here are not required to hand over financial information to the Canadian Radio-television and Telecommunications Commission. While it is not unprecedented for channels to pay to be carried – for example, when they are trying to build an audience and TV providers are reticent to carry them – the CRTC does not have records of how often that happens or how much they pay.

RT, formerly known as Russia Today, reaches between six million and seven million Canadian households, more than half of the estimated 11.1 million that have TV subscriptions, according to Slava Levin, chief executive officer of Ethnic Channels Group Ltd., the Markham, Ont.-based company that represents RT in Canada. (The cable companies deal with his company on carriage agreements, not directly with RT.)

He would not comment on business agreements with individual TV distributors or say whether RT pays them for carriage in Canada.

"It's about getting the Russian voice heard," Mr. Levin said of the channel's objectives. "That's their model: We want people to have easy access to the service. If RT could go worldwide and launch a channel for free to everybody, and not collect a dollar, they would be fine."

Russian President Vladimir Putin once described RT's goal as trying to "break the monopoly of the Anglo-Saxon global information streams." But the channel is controversial in part because its willingness to traffic in conspiracy theories.

The channel has reported a theory that the United States covertly aids the Islamic State terrorist group as a way of undermining the regime of Syrian leader Bashar al-Assad. Meanwhile, it portrays Russia's military intervention in support of the Assad regime as a move to save the country from Western-backed "terrorists."

RT first gained widespread notoriety in 2014 with its portrayal of the pro-Western revolution in Ukraine as a "Nazi" coup d'état. It subsequently cast Russia's annexation of the Crimean Peninsula as a defensive move to protect Russian speakers from the fascists who had taken power in Kiev.

The channel has sought to discredit the evidence that Russia used hacking and social-media campaigns to try to interfere with the U.S. presidential election last year.

RT has consistently responded to criticism of its reporting by positioning itself along a spectrum of news services that have a point of view – in the same way that Fox News represents a conservative interpretation of current events, or more broadly, the way that a Canadian perspective guides the operations of any Canadian news channel.

"This is not the CBC or the BBC we're talking about. Its deliberate mission is to politically undermine or destabilize Western countries … and to sow and encourage societal divisions," said Peter Van Loan, a Conservative MP who, in his role as shadow minister for Canadian Heritage and National Historic Sites, has raised concerns with the CRTC about RT's carriage deals with television providers.

The government that funds RT has a foreign policy that is contrary to many of Canada's interests. Russia has banned Canada's Foreign Minister, Chrystia Freeland, from entering the country. Ms. Freeland was instrumental in creating a Canadian version of the U.S. Magnitsky Act, called the Justice for Victims of Corrupt Foreign Officials Act here, which targets people who commit human-rights violations in any country.

Last month, RT said it complied with an order from the U.S. Department of Justice for the news organization to register as a "foreign agent," under the Foreign Agents Registration Act, a 1938 law that used to focus on weeding out propaganda but, since 1966, was refined to focus more on "agents seeking economic or political advantage for their clients." (Canada does not have an equivalent act overseeing foreign agents.) The Committee to Protect Journalists objected to the move.

In January, a report prepared by the U.S. Central Intelligence Agency, Federal Bureau of Investigation and National Security Agency stated that RT is part of "Russia's state-run propaganda machine." The same report estimated that the Kremlin spends $190-million (U.S.) each year "on the distribution and dissemination of RT programming, focusing on hotels and satellite, terrestrial, and cable broadcasting."

It is not known how much Canadian TV distributors are being paid to carry RT, or which ones receive the most. If the channel pays an average of 5 cents to 10 cents every month for each subscriber, that would mean total payments to industry players of $3.6-million to $7.2-million a year, assuming distribution to six million homes.

Mr. Van Loan does not want RT barred from TV screens in Canada, but he does believe that the business arrangements that secure its distribution to millions of Canadians should be more transparent.

"There is nothing that makes [viewers] aware that the cable companies are receiving money, or how much money they are receiving [from RT.] … Certainly that's the kind of information I think Canadians and cable subscribers have a right to know," he said.

Rogers Communications Inc., BCE Inc. and Telus Corp. would not comment on whether they have such deals in place.

"We don't discuss our commercial arrangements with individual channels," Bell spokesperson Mark Langton said. He added that Bell carries 10 international news channels and that "there is demand for the content – we have 10 Russian channels in total."

Bell Fibe's website shows that RT is automatically included with all advertised TV packages except for its cheapest, most basic option. Some of these same packages leave out CNN, BBC, Fox News and other news channels unless viewers order them individually, or buy a theme pack that includes them.

Rogers' cable packages do not all carry RT automatically, though its most expensive option, the "Premier" package, lists RT as part of the channels automatically included, while Al Jazeera English, BBC World News and Fox News are not included. "We don't comment on the terms of any of our broadcast agreements, including with Ethnic Channels Group," Rogers spokeswoman Sarah Schmidt said.

Telus does not list RT as part of the channels included automatically in any of its major packages, though it is offered as part of the "News International" bundle of channels. Telus spokesperson Richard Gilhooley said his company does not comment of agreements with TV channels.

Shaw Communications Inc., the largest cable provider in Western Canada, said that after a review that began in the summer, the company has "decided to drop the channel from the bundle of additional channels we offer our subscribers for free," said Chethan Lakshman, its vice-president of external affairs. Shaw subscribers may still order the channel as an à la carte service.

Videotron has never distributed RT, mostly because it "isn't a channel our customers are asking for," spokeswoman Marie-Ève Villeneuve said. Cogeco Inc. does not carry RT.

Russia Today was first launched in 2005 and came to Canada in 2009 when it was added to the list of non-Canadian channels authorized for distribution here. That list includes other news channels such as Al Jazeera (English and Arabic), BBC World, Bloomberg Television, CNN International, Fox News, MSNBC and others. Because of "the importance it places on a diversity of editorial points of view," the CRTC has for some time had a liberal policy for approving foreign news channels.

The approach has stoked debate before. When Al Jazeera English was approved for distribution in 2009, commissioner Marc Patrone wrote in his dissenting opinion that "the regulator should be particularly sensitive to 'state-owned' or 'state-financed' services originating from nations with radically different attitudes towards freedom of speech and democracy in general."

"What we are in effect saying with this decision is that … we will tolerate journalistic bias by others that we would not tolerate from services originating here. … Adding diversity is necessary, but not at any price," he wrote.

RT's owner TV-Novosti is registered as a non-profit and is funded by Russia's Federal Agency for Press and Mass Communications, according to a 2013 report prepared for the European Commission by the European Audiovisual Observatory, and therefore the channel "can be considered as a state funded or public media service."

"Think of it like an iceberg – the whole propaganda machine in Russia is obviously connected to their military machine, to their intelligence machine. It's all one big thing. The stuff on the top, what's visible, is RT and [Russian news website] Sputnik," said Robert Orttung, a professor of international affairs at George Washington University.

As viewer habits shift, TV screens are not RT's only priority. The network has been working to expand its influence on social media and enjoys wide reach there, with nearly 2.8 million subscribers on YouTube, 4.8 million followers on Facebook and nearly 2.7 million on Twitter, for its main accounts. RT claims to be the "most watched news network on YouTube" as of September, if it combines views on all of its YouTube channels.

"They are really focused on social media," said Prof. Orttung, who has studied the channel's digital distribution. "RT and Sputnik are connected to all kinds of websites, and Twitter bots, and the purchasing of ads on Facebook – they're not just competing in the marketplace of ideas."

Those social-media giants are facing tough questions about how their platforms may have allowed Russian sources to stoke divisions in the United States to disrupt its previous presidential election – and the money they made on ads that bumped that content higher up in people's social-media feeds. TV companies in Canada, while a relatively tiny part of that larger context, do not face demands to disclose how much they are paid to bundle RT into the channels that come automatically with a subscription.

Asked about the questions raised by people such as Mr. Van Loan, Mr. Levin replied that censorship is not the CRTC's job.

With a report from Mark MacKinnon 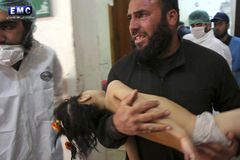