As a former vice-president of corporate law at Enbridge Inc. based in Calgary, Rob Carpenter has perhaps witnessed more than his share of change.

To further his plan to become a whisky entrepreneur, he recently journeyed from Alberta to the Scottish capital of Edinburgh where he is renting a flat – and also learning to handle the British weather.

"You need the water to make the whisky, so don't complain about the rain," he said during one of the wettest British summers in recent times.

That attitude will stand him in good stead when Holyrood Park Distillery opens late in 2018. Established in a 180-year-old engine shed, the business will be the first single-malt distillery to operate in Edinburgh since Glen Sciennes shuttered in 1925.

Teaming with his wife, Kelly Carpenter, and David Robertson, a former master distiller for Scotland's Macallan Distillery, one of the world's most well-known single-malt manufacturers, the trio are taking something of a risk, albeit a calculated one in a country where whisky is distilled almost everywhere – except the capital.

"My thought was, whisky tourism is a booming industry," Mr. Carpenter says. "And it's one of the iconic things that tourists to Scotland want to tick off their bucket lists. And they currently can't do it in Edinburgh."

As Britain's second-most-visited city after London, the Scottish capital should provide plenty of foot traffic to Holyrood Park Distillery while batches of the product, which can take years to mature, are being readied for sale. The distillery will produce gin and other liquors as well as whisky, and the goal is to produce 53,000 litres of alcohol a year. The first bottles of whisky should be available for purchase by 2021.

Holyrood's building, which covers 11,969 square feet, will include a visitor centre with an education component. "From a financial perspective, if we can give a fantastic visitor experience, that helps give us a lot of cash flow that helps offset that early period of time," when the whisky is maturing, Mr. Carpenter says.

The venture is a long way from his career at Enbridge, which he left behind for good in March this year.

Mr. Carpenter and his wife had already sown the seeds for their enterprising move by founding the Canadian chapter of the Scotch Malt Whisky Society in 2011. Two years in, Kelly Carpenter left her full-time job in customer relations to manage the group from Calgary, where she tends to its membership and brings in seven new whiskies a month from Scotland and makes them available to members.

Running the society "has given us a lot of knowledge of the industry and different ways different distilleries approach production and branding and so on," he said.

It also gave them a glimpse of where they could make their own mark. As a craft rooted in history – the oldest written reference to whisky dates to the 15th century – its production is tradition personified.

As a result, distilleries are loath to mess with time-honoured methods; many use the same strain of malted barley and the same malting process, and the same yeast.

But it also means the industry risks being homogenized, Mr. Carpenter says.

Holyrood plans to minimize risk by making gin and other spirits. But the couple also plan to push the envelope a little with its whiskies, using chocolate malt, different strains of yeast and casks made of woods other than the traditional oak.

Not many distilleries are experimenting with creative flavours, Mr. Carpenter says. "We're going to be small enough that we can really play with things and have some fun."

It's an approach that could pay dividends when the company finally opens for business, though the risks of starting a whisky distillery appear to be minimal.

"They're really going to have to try hard if they're going to fail," says Davin De Kergommeaux, a trained sommelier and author of Canadian Whisky: The New Portable Expert. "Whisky is so popular, and it's only getting more popular all the time."

The location is good, he says, and having David Robertson as part of the venture will give them instant credibility in a discerning whisky town such as Edinburgh. "Having someone like that on board really sets them apart," he says. "It also means that they're going to be taken seriously right from the start."

Being based in Scotland will give the brand global appeal, particularly in Asian markets, Mr. De Kergommeaux says. "Over there they want Scotch, there's no question about that."

It's an opinion shared by Patrick Evans, founder of Shelter Point Distillery on Vancouver Island. Shelter Point, which sells premium single-malt whisky as well as vodka and other liquors, counts Japan and China among its best export markets, along with Sweden, Australia and the Netherlands.

"It's massive," he says of the appetite for whisky in Asia. "Fish bite where you throw your rod."

For the Carpenters, though, the next 12 to 18 months will be a critical time, with Holyrood having launched a fundraising drive with the goal of raising $9.2-million back in June.

While Mr. Carpenter says he hasn't had many doubts, he is aware of the perception that comes with a couple of Canadians launching a Scotch distillery in the drink's spiritual homeland.

However, he feels that the mix of cultures brings its own advantages.

"I think Canadians bring a certain approach to business – and to building culture and communications in business – that are perhaps a little different and a little gentler than Americans or even Brits," he said. "And I think that's appreciated." 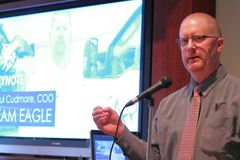 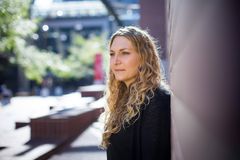