Bullying is a serious problem, not only in schoolyards but workplaces, too. About 40 per cent of Canadians report having been bullied at work, putting them at higher risk of depression, post-traumatic stress and heart disease, according to Jacqueline Power, associate professor of management at the University of Windsor's Odette School of Business.

In a survey of 224 participants, Dr. Power and her co-author found that 37.5 per cent of respondents reported being victims of bullying at least once a week over the previous six months, while 17.4 per cent reported perpetrating acts of bullying. (The participants were undergraduate students from three Canadian universities, all of whom were either employed at the time of the study or at some point in the previous six months.)

The researchers also examined the personality traits of workplace bullies and victims and found that a high proportion shared similar characteristics, including psychopathic tendencies, narcissism, Machiavellianism and aggression. The traits were more pronounced in bullies but were present in victims, too.

The findings could have significant implications for the workplace. Many organizations, either through official policies or unofficially, encourage victims to confront their bullies as a means of defusing conflict, Dr. Power notes, an approach she views as misguided and ineffective. "It's a bad idea to confront a psychopath," she says. They don't care about others and are typically cold, calculating and manipulative. "They are very happy to do nasty things to you."

Companies also commonly require bullies to undergo sensitivity training, an equally ineffective practice, she adds, since it's likely that bullies don't realize what they are doing is wrong.

If the bully is in a management position, companies can have the victimized employees report to someone else. As for victims of bullying, Dr. Power says the advice given by those who have successfully overcome bullying situations is to quit their jobs, which, she acknowledges, isn't an option for everyone. The best thing they can do is acknowledge that they are in a high-stress situation and learn to manage the stress by building a strong support network of family and friends and other stress-management techniques.

Dr. Power acknowledges that her conclusions may seem discouraging. But, she adds, the upside is that organizations care more about workplace bullying than in the past and are trying to do something about it. "Ten years ago we would not have been having this conversation," she says.

The study was published in the journal Personality and Individual Differences in late 2013.

With the long, dark days of winter finally behind us, the spring sunshine can seem like a glorious reprieve, lightening our step and brightening our mood. But is it?

Research by Alison Jing Xu, assistant professor of management at the University of Toronto Scarborough and U of T's Rotman School of Management, finds that bright light can intensify positive emotions as well as negative ones.

Across six studies, Dr. Xu and her co-author found that participants associated bright light with heat, which in turn stimulated what the researchers call the "hot emotional system," intensifying a person's emotional response to stimuli. "In bright light, good feels better and bad feels worse," they write.

In one study, participants were assigned to a room where the lights were alternately brightly lit and then dimmed. The participants reported that the room was warmer when the lights were bright than when they were dimmed, even though the room temperature remained constant. In subsequent experiments, participants in a brighter room preferred spicier food, rated a fictional character as more aggressive, and consumed more sweet-tasting juice.

"Ambient brightness can impact judgments and decision-making by activating the hot emotional system," the authors conclude. "A majority of everyday decisions are made under bright light and as a result, are likely to be impacted emotionally in this manner." To make more rational and less emotional decisions, simply turn down the lights, they recommend.

The research is published in April of 2014 issue of the Journal of Consumer Psychology.

Dr. Flammer looked specifically at "close-call proposals," those that had either been accepted or rejected by shareholders by a small margin, and the effect these had on a firm's financial and operating performance. Companies that had passed or rejected proposals by a slim margin had no significant differences in firm characteristics prior to the vote and reflected minimal differences on how shareholders viewed the proposed measures.

She found that the passing of a close-call proposal led to 0.9-per-cent increase in a company's share price on the day of the vote, compared to the share price of firms where close-call proposals had been rejected. In addition, a firm's operating performance as measured by return-on-assets, net profit margin and return-on-equity also increased, as did labour productivity and sales. "This evidence suggests that CSR [corporate social responsibility] programs improve employee satisfaction and help companies cater to customers that are responsive to sustainable practices," she writes.

However, as companies increase social performance, the financial returns from additional corporate social responsibility initiatives, although still positive, decline over time, she found.

Dr. Flammer's research is available on the Social Science Research Network online repository and was recently awarded the 2013 Moskowitz prize from the Center for Responsible Business at the University of California, Berkeley's Haas School of Business. The paper has been submitted and is under review at the journal Management Science.

Employees being rude to co-workers? Make it your business
April 21, 2014 Our team’s golden boy gets a free pass for bad behaviour
April 13, 2014 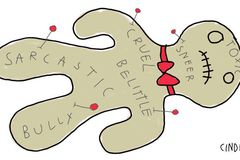 What would be considered an assault at work?
March 6, 2014 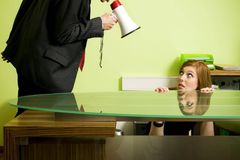 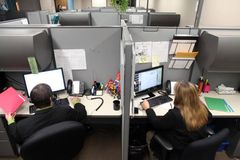