Linda Chew is enrolled in the two-year, full-time MBA program at Columbia University in New York. Originally from Vancouver, she is a graduate of the commerce program at Queen's University in Kingston. Linda began her career at Deloitte LLP, where she spent four years in its Toronto and Vancouver offices, most recently working in mergers and acquisitions. She is a chartered accountant and a CFA charterholder. This is the sixth and final entry in a series on her MBA experience.

As I pack the past two years of my life into cardboard boxes, I'm slowly grasping the reality that I'm leaving New York. My time at Columbia is coming to an end. For the last entry on my MBA experience, I thought I'd summarize my top five takeaways.

As part of the curriculum here, we're each assigned a "learning team" that moves through the core classes together. The unlikely combination of a Marine from Maine, a Bloomberg sales specialist and an internal strategy consultant both from California, a financial regulatory manager from South Korea, and an M&A adviser from Canada turned out to be one of the best parts of my B-school experience. It's a team that might have never come together otherwise, but it proved to be an effective one. Over the two years, we delegated tasks based on our strengths, provided informal feedback to one another, and bonded over last-minute assignment submissions and campus gossip. At a preholidays brunch one year, we once joked that three of our grandfathers fought in the Second World War – but on opposite sides for different armies. It was then I realized how remarkable it really is that we're all here for our MBA, two generations later.

2. B-school is the time to explore things you've always wanted to try.

These two years at B-school was a unique time to explore career paths that I've pondered in the past but never seriously pursued. While I participated in campus recruiting for typical MBA-type jobs, I also spent a significant amount of time on random ideas during class time. This ranged from consolidating shellfish farms in the Pacific Northwest to starting a search fund in Canada to rolling up fast-casual food franchises. I've spoken to professors about why seafood doesn't trade on a commodities exchange, and brainstormed with a classmate on how to start an ethnic breakfast food cart. Many of these ideas eventually fizzled, but the experience of thinking, planning and validating concepts with others was invaluable.

I never used to travel much when I worked because of the difficulty in getting time off and finding friends who had the same vacation schedule. B-school presented both the opportunity and flexibility for me to travel more – whether it was with a pack of other students or even with my family and non-MBA friends. In the past two years, I've been lucky enough to see Japan, Britain, France, Italy, Brazil, South Africa and, most recently, Puerto Rico. The privilege of being in new environments allowed me to look both outward and inward: I learned more about the world and also more about myself. Equally as important, these trips gave me the chance to build new connections. Some of my travel buddies are now my closest friends here.

It's obvious by now that in B-school, you'll meet people coming from a wide range of experiences. My observation is that, with the exception of a select few, most of us are actually on a fairly even playing ground when it comes to raw intelligence. The difference is how you apply yourself and how you choose to spend your time. In some ways, this reaffirms the cliché that attitude is more important than aptitude. What's key is focus – and if you consistently direct it to a select few activities, you'll make it most of the way there.

5. Be authentic to who you are.

At a recent CBS Matters, where MBA students share with their peers what matters most to them, a friend discussed making a conscious decision to live his life in a way that is meaningful to him, rather than succumbing to what his environment may expect. I walked away inspired. The message seems obvious but the truth is, in a group-heavy environment like B-school, there are many temptations to behave counter to your instincts. While comfort and growth certainly do not co-exist, hold on to what really matters to you. Centring your life choices to your core values is critical to satisfaction with life. To share a piece of wisdom my old boss recently bestowed upon me: "Our authenticity is our destiny, and that truth is non-negotiable."

With this, I conclude this series on the past two years of my life at Columbia and in New York. In the coming months, my classmates will be dispersed throughout the world to pursue their ambitions. As for me, I'm moving once again – this time to the San Francisco Bay Area. I look forward to what's next. Congratulations to the graduates of Columbia and to the Class of 2015 at B-schools worldwide. 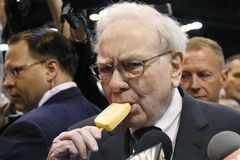 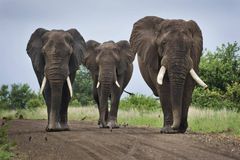 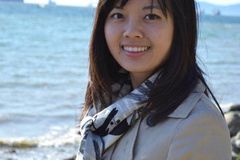 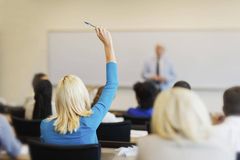