As an entrepreneurship major at the University of Ottawa's Telfer School of Management, Brennan Loh says his most rewarding experiences occurred outside the classroom – launching his own tech startup, picking the brains of some of Canada's most successful business leaders and serving as president of the student-run entrepreneur's club.

Mr. Loh recalls racing down the halls 20 minutes late for a consumer behaviour class because he had been on the phone inviting the chief executive officer of WestJet Airlines to a business dinner.

"Everyone kind of looks and says, 'This person is such a slacker' [when you are late for class]. But in the back of your mind you know this is what it's all about. Entrepreneurship was this amazing door to another world that I was just so addicted to."

Mr. Loh graduated with a commerce degree in 2012 and is now head of business development at Shopify, a rapidly-growing Ottawa firm that helps clients establish online e-commerce platforms (its 120,000 customers include Angry Birds, Tesla Motors, Amnesty International as well as tens of thousands of small businesses in 150 countries).

In Ontario and elsewhere, most of these formal courses are bolstered by a rich array of non-curricular activities, as well as access to innovation hubs and startup incubators in the surrounding business communities.

"Much of the growth of the wide range of extracurricular programming in the province [Ontario] might be at least partially attributed to the belief that in addition to the skills that can be learned in the classroom, would-be entrepreneurs would benefit from – and perhaps even require – more varied and experiential learning opportunities, initiatives that provide hands-on knowledge of launching new businesses, access to business networks," the council's report says.

At Telfer, professor and entrepreneur-in-residence Stephen Daze says, "There are all sorts of things that have to come together in an ecosystem" to support entrepreneurial education.

This is a field where "experiential learning" outside the classroom – in the form of business competitions, student-run clubs, startup incubators, networking events and hands-on business experience under the guidance of successful entrepreneurs – is extremely beneficial when it comes to producing graduates with entrepreneurial skill sets, Prof. Daze says.

At Winnipeg-based Red River College, entrepreneurship courses are mandatory for all business administration students – regardless of which career path they are planning to take, says entrepreneurship program head George Allen. The majority of graduates will not burst forth and start their own businesses, he says. But the skills they learn in entrepreneurial studies are in demand in today's economy, where even established employers "find the floor is moving under them all the time."

There is a need for "intrapreneurs" within companies as well as entrepreneurs – graduates who are innovative, flexible, not afraid of change – "and that's what we are trying to teach them," says Prof. Allen, who works off-campus, adjacent to downtown Winnpeg's Innovation Alley – a stretch of Adelaide Street populated with startups and business incubators.

Mr. Loh says the classroom studies in accounting, finance, marketing, economics and business communications at Telfer gave him a solid grounding before he opted to specialize in entrepreneurship studies and signed up for "this brilliant third-year course taught by Bruce Firestone, who was the entrepreneur in residence at the time and founder of the Ottawa Senators among other things."

The class was split 50/50 between engineers and business students.

While Mr. Loh and his two classmates, both engineers, did not win the business modeling competition, they turned that third-year class project into a startup called Avitu – an online advertising platform designed to make it easier for publishers to sell ad space directly to advertisers. They were invited to incubate out of a back room at Shopify's Ottawa office.

Red River College students have access to AssentWorks, a non-profit workshop in Innovation Alley that gives them training on state-of-the-art equipment – along with a lot of free advice from Winnipeg's business community.

That access provided Jesse Marr, who graduated from Red River College's business administration program last year, with the springboard he needed to co-found his own startup, One Roof Collective. He and his business partner, Matt Olsen, rent desk space from Ramp Up Manitoba, a co-work office arrangement for emerging entrepreneurs. For a membership fee, they continue to use AssentWork's equipment for their business, which offers services that can take a client's design on the back of a napkin all the way through to the product design, development and marketing stage. Early projects have included signage for government and business organizations, decals for a canoe manufacturer, and a product development contract that is currently in the works.

Mr. Marr says that, while it's risky, he prefers to work for himself – to make a job rather than take a job working for someone else.

"They [professors in the entrepreneurship program] use the term jump off the cliff, go ahead, just do it and start the company. Maybe just start with a small cliff and that's sort of what I am doing. We've started with these cash-flow projects, [to] get some cash to start the bigger, scalable projects instead of just going into debt right away," Mr. Marr says. 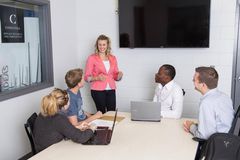 Disruptors are just pirates on the high seas of capitalism
November 5, 2014 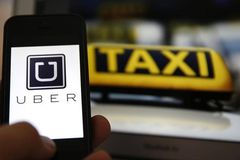 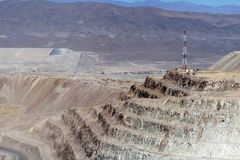 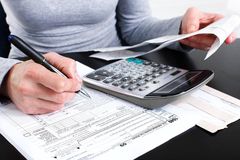