"If you had told me 10 years ago that Flynn would have 57 owners some day, I would have said, 'No way,'" says Doug Flynn, president and CEO of Flynn Canada, a Toronto-based trade contractor that makes and installs the outer layers of buildings, known as the building envelope. "But now, looking over the last 10 years, I'm thoroughly convinced that we couldn't have grown the way we have if we didn't have our equity program."

Over the past three decades, the company that began as a local roofing contractor in Winnipeg has grown into a multi-million-dollar, national operation with more than 3,000 employees in 17 locations across Canada.

There's something else that has spawned into multiples at Flynn: its owners. The business that once belonged wholly to the Flynn family is now owned by 57 of its key managers, including Mr. Flynn.

Flynn is among the small group of companies in Canada that give their workers a financial stake in the business through employee share ownership programs. Carol Beatty, a senior research fellow at the Industrial Relations Centre at Queen's University in Kingston, Ont., says various studies show 7 to 10 per cent of Canadian workers participate in some form of employee ownership.

By comparison, more than 17 per cent of American workers own stock where they work, according to Employee Ownership Foundation in Washington, D.C.

"We're somewhat lagging behind countries like the United States and the U.K. when it comes to employee ownership programs," says Ms. Beatty, co-author of Employee Ownership: The New Source of Competitive Advantage. "In addition to the relative lack of tax incentives that promote employee ownership in Canada, I think there's also the issue of companies not knowing very much about it."

Ken Tencer, CEO of SpyderWorks, a Toronto company that provides strategic consulting and design services, agrees that employee ownership tends to be off-radar for many companies. He often sees business owners nearing retirement overlook their employees when scouting for someone to take over the company, he says.

"They tend to look for suitors from the outside, and too many times new owners come in, fire a lot of key individuals, break a lot of relationships, and the value of the business is lost," he says. "Whereas with the right group of employee owners, you have people who are already engaged in the business and are motivated to remain innovative and mind the business."

While employee ownership isn't for everyone, companies considering it will find plenty of evidence in favour of giving workers a piece of the business. In Britain, the Employee Ownership Index – which tracks the share prices of British public companies with more than 10-per-cent employee ownership – has found that these companies consistently outperform the FTSE All-Share Index by an average of 10 per cent each year.

Various other studies underline higher levels of job satisfaction and worker loyalty in companies that are employee-owned.

"Everybody changes when they become an owner – some a lot, others just a little bit," says Mr. Flynn. "Their commitment to the business changes, and that gets reflected in the work they do – whether it's improving customer service or safety – which all leads to added levels of profitability."

But there are some steps companies need to take to make sure employee ownership works for them, says Perry Phillips, a chartered accountant and president of ESOP Builders Inc., a Toronto consulting firm that helps companies set up share purchase programs.

"No. 1, you have to clearly identify what the transition goals of the original owners are. If the owners don't buy into the plan 120 per cent, it's not going to go anywhere," he says.

Another key aspect is to do a feasibility study with your key people and make sure they're onside, Mr. Phillips says, adding it's important to make sure the structure is set up properly from a tax standpoint.

Next, identify whether you want to offer a form of ownership to key people or to everybody, Mr. Phillips adds. "There are three different building blocks you can use for a plan: an ESOP [Employee Stock Ownership Plan] stock options, or phantom plans. You can use one, two or all of them; whatever fits your culture and what fits the goals of the people. You can choose to use one for executives and another for employee owners," Mr. Phillips says.

He suggests getting a good feel for what qualities prospective employee owners bring, going so far as to use psychological testing in this process. "If they're not ready, they can they be mentored into the role."

Ms. Beatty agrees. She recalls working with one company where employee owners were calling meetings each week to make decisions without involving senior managers.

"It paralyzed the company," says Ms. Beatty. "Senior managers soon realized that they needed to set up a protocol outlining which decisions should be made with the input of employees and which should be left to management."

At Flynn Canada, where employee owners are chosen primarily from the company's leadership ranks, the winning candidates tend be those with years of service and a track record of leading their departments to profit. Mr. Flynn says potential employee owners – who are nominated by regional VPs – are also scrutinized closely to make sure they share similar values and goals as existing owners.

"We look for people who would view the investments they make in the company as a long-term investment," says Mr. Flynn. "We're not batting a thousand, but overall we've been pretty successful."

Mr. Phillips notes that privately held companies tend to be reticent about disclosing too much financial information.

But for employee ownership to work, there needs to be trust – and full disclosure of financial results, says Mr. Phillips, author of Employee Share Ownership Plans: How to design and implement an ESOP in Canada. Employee-owned companies should also ensure their worker owners are financially literate and can actually make sense of the entries on a balance sheet.

"The more information you disclose and the more you teach people to understand all the main ratios that create value for the company – such gross margins, inventory turnover and accounts receivable – the easier it will be for your employees to come up with great ideas that will create even more value for the business," says Mr. Phillips. "That's where you start to see the magic."

Let owners think like owners. Let employee owners know you're open to any ideas they might have to improve the business.

But set some boundaries. Make sure your employee share agreement clearly defines owners' roles and sets rules for decision-making.

Choose wisely. Companies where ownership is by invitation should do thorough background checks to make sure they choose the right employee owners.

Be generous with information. Schedule regular meetings to go over the company's financial results and take the time to explain what the numbers mean. 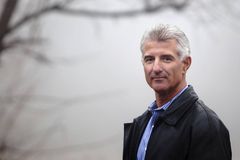 What Harvard's Lady Gaga study won't teach you
January 12, 2012
Strategy: How to get ahead by being different
September 22, 2011 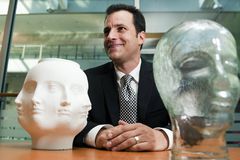