The role: The role of a restaurant owner is twofold: to be a hospitality provider as well as a business operator. Restaurant owners split their time among managing the kitchen, the dining room and back office, concentrating on both day-to-day operations as well as the overall direction of the business.

"You could be going to the food terminal to do a produce run, you might be plunging a clogged toilet from the night before, or you might be filling in for a member of the team who has called in sick," said Donna Dooher, the president and chief executive officer of Restaurants Canada, a non-profit industry association. "The thing about working in hospitality is that you can't put it off to the side of your desk and say 'I'll get to that tomorrow,' like you could in an office environment. When you're open for business, you're open for business."

Ms. Dooher, who, along with her husband Kevin Gallagher, co-owned and operated Toronto restaurant Mildred Pierce for 17 years and later Mildred's Temple Kitchen, adds that restaurant ownership can be structured in a variety of ways. Some owners, for example, also serve as the head chef, and hire a business manager to look after the company's operations. Others are more business-focused, and hire hospitality managers and head chefs to oversee food service.

"One of the benefits of the partnership I've had over the years with my husband Kevin is, I would look after the back of house and he would look after the front of house, so we didn't step on each other's toes too much, but we had a shared vision," she said, adding that owners often struggle to balance the two sides of the business.

Education: While there are hospitality and culinary training programs available at colleges and private institutions throughout Canada, they are not a requirement for opening up a restaurant. In fact, Ms. Dooher believes that business training can be just as valuable for restaurant owners.

"Business acumen is just as important as your greeting skills, as your cooking skills, and I think that's where it becomes a very interesting career choice, because you have to wear all those hats to be successful," she said.

While there are no educational requirements for restaurant owners, there are a variety of licences and standards. For example, establishments that wish to serve alcohol need a liquor licence, and each server must be certified according to provincial alcohol serving requirements.

"If you were to find a location, and you just wanted to open the door and put in a kitchen, a few tables and chairs, first and foremost you need to get it signed off by the city for fire and safety inspection, get yourself a liquor licence, and then you're in business," she said.

Salary: The salary of a restaurant owner will depend on the success of their establishment. Ms. Dooher adds that few people get rich owning a restaurant, though some are able to enjoy a six-figure salary. Others, however, will resist giving themselves a salary in order to keep the business afloat during difficult times.

"They'll put themselves at the bottom of the list of payees, so it's difficult to gauge what a reasonable salary would be," she said. "Generally speaking, the margins are razor slim. We're talking 2.5 to 4 per cent, depending on the type of operation you have. So if you're a $1-million or $2-million or $3-million restaurant, chances are your margin will fall in there somewhere, and that's what your profit would be."

For example, a restaurant that rings up $1-million in sales might only return the owner a profit of $25,000 to $40,000 each year, while a restaurant owner whose establishment brings in $3-million in revenue can likely afford to pay themselves between $75,000 and $120,000, depending on their profit margin.

"The closure rate is probably faster for our industry," Ms. Dooher said. "If you're operating in the red, it's going to accumulate very quickly in this industry, and you're dealing with perishable products, they're expensive. Labour and food alone make up almost 65 to 70 per cent of [the cost of] just opening up the door."

Challenges: Restaurant owners face a wide variety of challenges, from managing staff in an industry with a notoriously high turnover rate, to ensuring the safe handling of perishable products, to the long hours required.

"Just remember, you work when your friends play," Ms. Dooher said. "If you can get past that, you'll probably be okay."

Why they do it: Though the challenges are many, restaurant owners enjoy a fast-paced work environment that allows them to interact with people, manage a business and solve new problems each day. Restaurant owners also enjoy the satisfaction of building something from nothing, and take a lot of pride in the establishments they run.

Misconceptions: Ms. Dooher says that reality TV cooking shows and celebrity chefs have made the industry out to be more glamorous than it really is.

"People look at it as being incredibly glamorous, especially chefs – they see them as rock stars now," she said. "When your sleeves are rolled up to your elbows and you're plunging a toilet or the sewer's backed up, or the dishwasher has cut his hand and you've got a whole dining room of plates stacking up, it's not very glamorous."

Give us the scoop: Are you a restaurant owner? Write a note in the comments area of this story or e-mail your comment to careerquestion@globeandmail.com and let us know what you would tell others who are interested in the profession.

Five ways to tell if your job prospect is lying to you
September 15, 2015 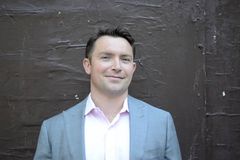 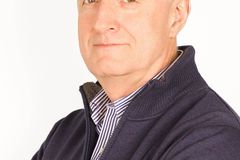