Greg Marcus was in synagogue on Yom Kippur about a decade ago, contemplating his life as the lengthy Day of Atonement services moved into the mid-afternoon. A product manager for a biotech firm, he was working 90-hour weeks and his life seemed out of control. Suddenly, he fixated on the words being recited from the Torah: "Don't turn to idols or create molten Gods for yourself."

He had always viewed idols as ancient statutes. But now, he realized, the idol he had been worshipping was the corporation he toiled for. He was about to dismiss that thought as silly when a constant phrase he had been hearing in the office came to him: "You have to do what's best for the company."

"I realized I had turned my company into a false idol. My life was wrapped up in doing what was best for the company," he says in an interview.

He decided, instead, to put people first. Within a year, he was working a third of the number of hours, but productivity had markedly improved. He was making better decisions because his mind was clearer. He had seen himself as a family-first person before but he hadn't been. Now he was placing them first, although still committed and productive at work.

Now a life coach near San Francisco and author of Busting Your Corporate Idol: Self-help for the Chronically Overworked , he urges others to consider whether their own lives are company first or people first. That starts by looking at how you spend your time – how much at work, and how much with family and friends? On his blog, he asks whether you:

Skip workouts to catch up on e-mail?

Eat lunch at your desk every day?

Check e-mail or take a phone call when on a date or spending time with your kids?

Feel guilty when not working?

The next step is to secure your identity by making appropriate changes. He decided his health was important and so he would stop working at 9:30 p.m. to have time to wind down, increasing the chances of a refreshing sleep. He also decided his wife was important and spending time with her was vital, so he would need to cut another half hour of work to allow them time together. But his kids were important as well, so he needed to eventually stop work by 8 p.m., he figured. "Each is a small step in securing identity," he says.

And that's critical: You can't do this in one giant leap towards your ideal future. You must slow down gradually. "I have seen people who suddenly start to leave work at 5 p.m. It lasts for three days. Their work piles up. They feel anxious, and give up," he says in an interview.

Going slowly allows you and your workplace to adjust. You're no longer around as late as before, but it's not too big a change for colleagues to react to. He says after a week or two, you'll start to see a productivity increase that will compensate for the reduced hours. The full process of transformation can take anywhere from three to six months.

The third step is to build a community that will support the new, people-first you. For a lot of individuals, work is a substitute community for family and friends. So when you try to break loose, you need to be sure you have sufficient people and activities supporting your new life. Join a softball league or volunteer for a community theatre group. Such activities, and associated people, will revitalize you and serve as a magnetic force countering the workplace attraction.

Finally, build your political savvy at work. At some point, after all, you will be asked to take on a new assignment or a weekend deadline that contradicts your people-first approach. Instead of rejecting the request, you need to become skilled at finding reasons why what is being asked is not the smartest move. For example, that weekend project would turn out better if it could be delayed a few days to chat with a senior corporate official visiting your operation next week. As your political savvy grows, he says you will see these conflicts arising before the threatening requests actually occur, and be able to deflect them.

He notes on his blog that according to the Torah, the basis for traditional Jewish law, the penalty for working on the Sabbath is death by stoning. "The draconian nature of the punishment for working seven days a week highlights both the difficulty of getting people to stop working, as well as the importance of a time to recharge for human health and welfare," he reflects.

The Sabbath is a day of contemplation and life-affirming activities. Jews are commanded to have a festive meal, take a nap, and have sexual intercourse. Throw in a college basketball game, he says, and it would be heaven. "So the lesson for recovering corporate idolaters is this: Combine some hard and fast rules to limit work, and plan some fun activities in its place," he writes. 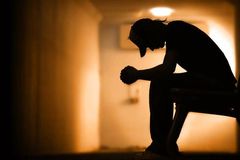 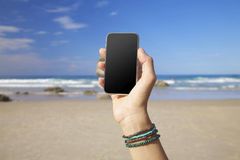