My colleague and I were both hired as assistants at our workplace around the same time. But I was hired earlier, and was granted a permanent position. My colleague is on a full-time contract for two months, really just to help with the workload because I'm part-time. So she is currently feeling neglected; that she is putting in all this time and hard work and there will be no place (no money to pay her) after the end of her contract.

She makes sarcastic remarks, such as: "They only hired you because you already live in town, they would have to pay me extra for transportation," or "I could have your job at any time." While it's been fairly easy for me to ignore these comments, it's starting to be annoying because of the frequency and the nature of them. The other day, she questioned my ability to do my job, which I chose to brush off with a smile, and "Well, maybe I will eventually learn from just watching you doing it right."

I'm feeling we may have an issue soon with me telling her the truth that people find her loud, pretentious, unknowledgeable, and out of line.

How should I deal with this? The last time I burst into one of these moments of truth and blunt honesty, I realized that the people with much to say are very weak in personality and so the interaction really gets to them.

Before you burst out into your moment of truth, I would suggest you look at all sides of the issue and the source(s) of your colleague's distress. Also, both personally and professionally I would not substitute candour for honesty in "honesty is the best policy" for a number of reasons, but most importantly since you are not her supervisor. Instead, go with the "if you don't have anything good to say, don't say anything" policy, which my mother would remind me of when I would attempt to bring up the shortcomings of my siblings.

More seriously, while I am not condoning her behaviour, a little empathy for her situation would be my first suggestion. Imagine what it would be like to be in her shoes, so talk to her, acknowledge her situation and offer to help in any way you can. In my experience, people often just want their troubles heard and taken seriously. If that doesn't help, you thankfully don't have that much time left with her.

Having said that, if the situation does not change or in fact worsens, go directly to your supervisor and bring her into the loop. Hopefully she can talk to your colleague and have her tone it down. If all else fails, your supervisor should remind her that she might want a reference when she leaves. In the meantime, I'm sure I am not alone in admiring your ability to stay calm, cool and collected!

In human resources one is often asked to help with complex workplace issues. This is not one of them. You secured regular employment while your colleague only secured a contract role. You are afforded part-time hours while she is not. You will remain employed well beyond two months while your colleague must leave in two months. It is not difficult to understand why she may be feeling a little frustrated.

The fact is, you got the prize; you got the job. So cut your colleague some slack and ignore the comments for what is left of her two-month contract. I would also suggest the next time you have the urge to tell your colleague the truth about how others "find her," don't! If you must speak out, however, speak for yourself, not for others in the office.

Are you facing a burning issue at work? Need help navigating that minefield? Let our Nine To Five experts help solve your dilemma. E-mail your questions toninetofive@globeandmail.com. Confidentiality ensured. Weigh in with your view at tgam.ca/careers. Check out past columns at tgam.ca/ninetofive 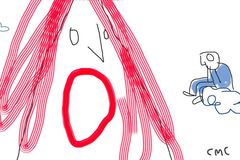 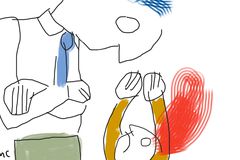 My ‘Teflon’ boss blames me for his unpopular decisions
July 29, 2012 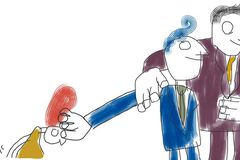 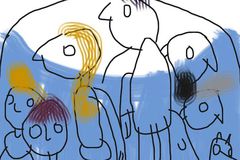 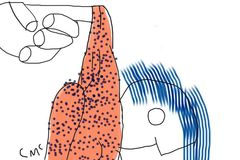 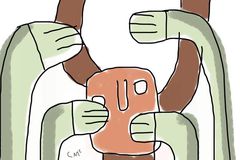