The patriarchy has suffered a few blows lately, at least in Toronto.

Over 3,000 people filled Roy Thomson Hall recently to hear four well-known feminists debate whether men are obsolete. On the pro side, Hanna Rosin, author of The End of Men, and Maureen Dowd, New York Times columnist and author of Are Men Necessary?, cited extensive research on the rise of female breadwinners, and the biological and sociological reasons men are no longer qualified to lead. The debate coincided with the incessant chatter dominating this city – and the world – over the shenanigans of Toronto Mayor Rob Ford, whose actions seemed to bolster their case.

There's no doubt that some sort of cultural shift is under way, where women are "outearning and outlearning" men. In the United States, a Pew Research Center study shows 40 per cent of U.S. households with children under 18 have a woman as the primary or sole earner. In both Canada and the United States, data show women attain postsecondary degrees at a significantly higher rate than men. According to Ms. Dowd, one in five U.S. men remains unemployed. The changing status of men in society led Ms. Dowd, a Pulitzer Prize-winning columnist, to go so far as to call them "ornamental" and "a luxury, like ice cream."

"It's the end of men because men are failing in the workplace," she said.

Taking this argument to its natural conclusion means one thing: Men are in trouble. While it seems too easy to consider Mr. Ford's sexist comments and bizarre behaviour as all-too-obvious evidence that the era of male leadership is coming to an end, beneath the surface, boys appear to be struggling. According to Ms. Dowd and Ms. Rosin, boys start falling behind in elementary school and often never catch up. If this is the case, are (white, straight) men the new minority group and do they require our support?

While the debate raged at Roy Thomson Hall, an Indiegogo crowdfunding campaign quietly tried to raise $25,000 toward a Canadian Centre for Men and Families, which plans to offer educational and advocacy services to support men and boys in crisis.

While I want to acknowledge the struggles of boys and men, a quick scan of our corporate landscape still tells a very different story. It's difficult to reconcile the decline of the male gender with the obvious fact that women still hold just 4.5 per cent of all Fortune 500 CEO roles, board diversity remains at a standstill in Canada, and according to the United Nations, you can count the women who serve as heads of state on two hands.

"I'd be hard pressed to say [men] are suffering," said Michael Bach, founder and chief executive officer of the Canadian Institute of Diversity and Inclusion.

"Like it or not, the vast majority of people in leadership positions are SWAMs (straight, white, able-bodied men.) That has been changing over the years, but it's still a huge majority," he added.

Mr. Bach said that women have been the majority holders of undergraduate degrees for over 30 years, yet progress in the business world remains glacial at best. "They may be breadwinners but they're still earning less than men doing the same job. … Men are not obsolete. Dot matrix printers are obsolete," he said.

Alex Johnston, executive director of Catalyst Canada, a group that advocates for women in the business sector, acknowledged that women make over 60 per cent of Canada's undergraduate university students but argued that not enough is being done to support them when they graduate.

"The talent pool of educated women may be growing, but progress through the corporate ranks has completely stalled. The real issue isn't whether more women have degrees. It's that we're still not leveraging their talent," Ms. Johnston said.

Caitlin Moran, author of How to be a Woman, summed up my feelings perfectly during the debate when she argued, "If men are obsolete, then I personally aspire to this level of obsolescence. Holding 99 per cent of the world's wealth, 66 of Forbes' 71 Most Powerful People in the World list, being every single pope, American president and secretary-general of the UN, and in charge of every military force on Earth … men are doing quite well, all things considered."

There must be some happy medium between total dominance and obsolescence and it behooves us to find that sweet spot. In the meantime, even though the pro side won the debate suggesting that the reign of men is over, I think it's safe to say that the patriarchy is doing just fine, thank you very much, even if the erratic behaviour of one city's mayor seems to be proving otherwise. 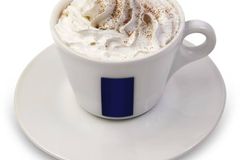 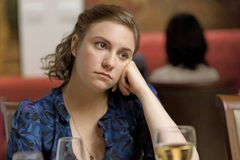 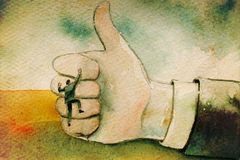 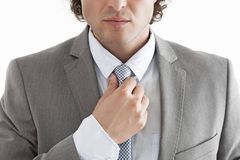 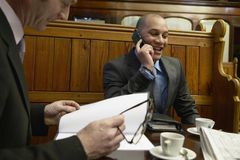