I work in retail sales and I am new on the job. My direct supervisor is rolling joints in the back room and getting high on his break. I want to say something but don't want to look like a rat. Should I tell our district boss?

"Doobie or not doobie – that is the question."

Your predicament is not quite the magnitude of Hamlet's, but it's tricky nonetheless. The first thing you have to get past is what I call the Spicoli Syndrome (from the stoner surfer character Jeff Spicoli in 1982's Fast Times at Ridgemont High) i.e. "it's only pot," "he's mellow and not bothering anyone," et cetera.

The "should we de-criminalize marijuana?" debate rages on, but the bottom line is that it's still a crime and your supervisor is doing it on company time. (If it were cocaine or heroin, you wouldn't think twice about reporting it.)

You are also faced with major negative implications to the company's reputation if this were to become public, and the obvious problem that stoned employees are rarely productive colleagues (and tend to raid lunches in the company fridge when they get the munchies).

Yes, you are "new" and the culprit happens to be your immediate supervisor. But as the new guy/gal, you are vulnerable either way: When the district boss (or someone else in management) finds out about it and also finds out that you knew and said nothing, you'll be applying for Employment Insurance yourself. If you were okay with ignoring this misconduct, you wouldn't have asked the question in the first place.

The question is not if you should say anything, but how you should go about it. If you don't want to escalate matters too quickly by reporting it to the district boss, contact your human resources department as there is either a policy in place addressing this situation or an adviser who can guide you.

Yikes, this is a tricky one and definitely not a case of "if you can't beat 'em, join 'em."

My first question is, why do you want to say something about it? Are you worried that he will get caught and you might be implicated? Or is this simply a matter of integrity and you having a clear conscience?

Legally, you want to protect yourself. Many provinces have some type of law society lawyer referral service, where for a nominal sum you will get the name of a lawyer who will provide up to 30 minutes of free and confidential consultation. (The website for the Ontario law society is www.lsuc.on.ca)

Have you let your supervisor know you're not comfortable with his behaviour? Sometimes a conversation is all it takes to resolve a dispute.

But when you do so, make your concern about him, not you. You could tell him you're concerned that he'll lose his job if he gets caught. It might work.

However, if he's still doing it after you've mentioned it to him, and you're not okay letting it go, then who cares if you look like a rat? This is your reputation at stake.

If you let him know how you feel and he chooses to continue doing something illegal, then maybe ratting him out will actually smarten him up so it doesn't happen to him later in his career when it could really get him in trouble. Do you prefer to look like a rat, or look for a new job? 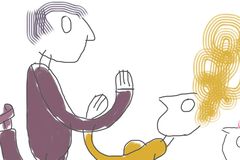 My job-hunting co-worker is getting my promotion
June 3, 2012 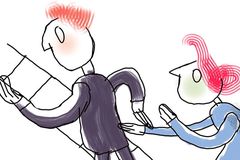 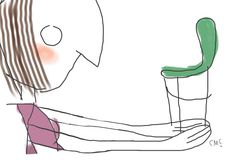 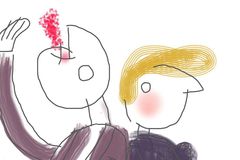 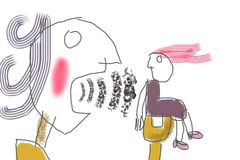