I have a dining room but you wouldn't know it.

My husband and I have used it as an extension of our office for as long as I can remember. That's in addition to the room we designated for our home office, which to the naked eye is more like a walk-in filing cabinet. We also have an actual office, but neither of us likes to work there every day. So when my son asked recently whether he could work in my office, it took me a second to figure out exactly which location he was talking about.

Working from home is certainly a growing phenomenon. Last year, 23 per cent of employed workers in the United States did some or all over their work from home, according to the U.S. Bureau of Labor Statistics, up 4 per cent since 2004, the first year when such data were collected. The trend is even higher for those with a bachelor degree.

Anecdotally, it seems that on every virtual conference call I dial into, there is at least one individual working from home with a child or dog in the background. Perhaps we are finally entering the heyday of flexible work environments after years of experts arguing in favour, citing improved productivity, better work-life balance and shorter commute times. As the Pan Am Games are set to descend on Toronto, increasing both traffic congestion and commute times, some may even consider working from home their civic duty.

But what if working from home is not all that it's cracked up to be?

A recent report by Regus, a global workspace provider, surveyed over 44,000 workers globally and found that 52 per cent work outside the office for more than half the week but don't necessarily find their home a desirable work space. Of those workers, 62 per cent said they feel that working at home is making them "stale," 38 per cent acknowledged getting lonely and 64 per cent miss being around other professionals. Thirty-two per cent are also afraid of getting fat as they snack throughout the day.

Entrepreneur James Clift spent a year working from home running a Web development and design firm and quickly discovered that it was not the enviable option many make it out to be.

"I'm a person who feeds off others' energy and loves being around people. That 10 hours a day working in isolation was not the best for my productivity," Mr. Clift said. When he launched his most recent venture, VisualCV.com, an online portfolio and résumé creation website as a remote business in May, he decided to conduct things differently. Since starting the company, he's worked in four different places: a co-working space in Buenos Aires, a friend's office in Vancouver, a friend's house in San Francisco, and from his own home in Vancouver.

"I find my productivity is at its highest when I'm surrounded by people working on interesting things, when I'm experiencing a new place, and when I have flexibility of location," said Mr. Clift, adding that he encourages his two full-time employees and three part-time contractors to work at places other than their kitchen table.

If working in exotic locations doesn't suit you or isn't within your means, there are other steps you can take to ensure your time away from the office is productive.

Wayne Berger, vice-president of Regus Canada, advises setting up a proper home or remote office and warns against working in front of your TV, in your pyjamas or in your bedroom. While coffee shops can be great, he argues that it's not a productive space for eight hours a day.

While few people want to be chained to their office, being chained to your home can also be stifling and it's worth knowing how much time you can spend in any given space and still feel productive. As flexible and results-based work cultures become even more common, it's important to figure out the perfect mix of remote and in-office time that works for you.

Mr. Berger suggested that working from home one to two days a week seems to be an ideal balance for many, since it reduces commuting time but also minimizes the daily distractions from your dog, your laundry or the fridge.

"We already know that flexible working helps retain talent. We found that 59 per cent of workers would actually turn down a job that rules out flexible working … and while working from home may seem more appealing, it is quickly realized by many at-home workers that getting out the house is also good for your well-being," Mr. Berger said.

It's important advice to heed, as I write this column in my quiet garden, warmed by the sun and enjoying the chirping of birds. Did it take me a little longer, with my multiple breaks to the kitchen? Quite possibly, but in the short-term, it's a risk I'm willing to take. 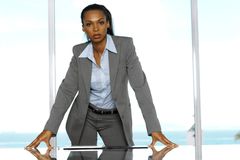 I want to be a wastewater plant engineer. What will my salary be?
July 1, 2015 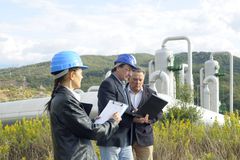