On the morning of an important meeting, Rachel Koh, senior director of strategic initiatives for the computing data company EMC, pulled into the parking lot at her U.S. workplace only to receive a disconcerting call form her son's daycare. The nine-month-old had a fever from teething and even though it was low-grade, she needed to pick him up immediately. Since the day had already begun for her husband hours earlier, she doubted he could respond to this emergency. But she also had to send a presentation to others and participate in a meeting, so it would be exceedingly difficult for her to juggle.

After some thinking, she decided to bring her son to work, e-mail her presentation while he napped with her lights turned off, and then call into the meeting. "I was in such a rush to get to the building that I forgot his diaper bag. Of course, he took advantage of the situation, giving me a big surprise in his diaper.

"This kept him from wanting to nap and so I started the 'baby dance.' Remember the jiggling, rocking, swaying, bouncing dance to get babies to sleep or stop crying? So there I was, presentation e-mailed, phone muted, lights off, dancing to the sweet stink while trying to gracefully answer questions in between 'shhs' and 'hushes.' I committed to that meeting and got through it successfully. Balance, right?" she recalls.

The balancing of child and work is, of course, common these days, even if that specific situation is a bit out of the ordinary. What's really unique, however, is that the anecdote is not one that Ms. Koh has kept to herself, or shared with only a few friends and select workmates. Instead it's a story she has shared with the entire work force of the international company, through a unique, 245-page coffee-table book EMC produced called The Working Mother Experience, compiling short essays from 96 women (and one father) from 15 countries.

With over 200,000 copies produced and a PDF version downloadable at the corporate website, their stories – some flattering to EMC, some discomfiting – sit on the desks of managers trying to understand the challenges facing working mothers, in the homes of staff and potential recruits who feel supported by this open sharing, and in the offices of clients and other partnering companies, some of whom are considering undertaking similar projects.

It's the brainchild of Natalie Corridan-Gregg, who had been editor of her college paper, and who after having a baby found herself on maternity leave writing about her experiences. President of EMC Women's Leadership Forum, a networking group for the firm's professional women, and then a product manager for the enterprise storage division, she mused about the idea of a collection of similar stories from EMC employees around the world.

In a 2007 meeting, Frank Hauck, executive vice-president of global marketing and customer quality, asked her what one thing EMC could do to make women feel more appreciated. She hesitated. Mr. Hauck is someone she and others cherish for his open-mindedness and humility, but he was also her "boss's, boss's, boss's, boss," and she wasn't sure how all those intermediate layers might receive the proposal. After she relayed the notion, he left the room briefly, returning with another senior executive in charge of EMC marketing, to share the idea.

His commitment to what he called "a snapshot in time" was unwavering. "This is where we are today for working mothers. We want to learn from each other, and improve," he told her. She is awed that the company let the stories go in uncensored, offering a grassroots take on EMC and working mothers: "I give EMC a ton of credit for not changing the stories but publishing them all."

Her own contribution tells of how she used the Excel spreadsheet she routinely applies to work puzzles to chart her son's first few months, when he would scream all the time except when held upright. "When I presented my Excel diary to a gastrointestinal specialist, he initially thought I was psycho. After reading it, he then agreed with me that the issue was more than simple colic. My son had acid reflux, and once it was treated, the screaming stopped. Suddenly he was a happy baby," she recalls.

Rachel Paulo, a company legal counsel in Singapore and a mother of two, shares that her biggest fear is that she will disappoint her kids, and disappointment can be crushing when you are a toddler. "Being a working mom at EMC means that I often have to decide which hurts the least – disappointing myself, disappointing my colleagues, or disappointing my customers (both internal and external)," she declares candidly.

"If asked what it takes to meet the demands of being a working mum at EMC, I would say it requires a great deal of understanding of the business, good time management skills, and imaginative scheduling. What is clear to me too, however, is that disappointing EMC's customers is not an option – we are all here because we believe the customers must come first."

Ann Gagliano, a project co-ordinator in the U.S., shared her concerns about nursing her daughter after returning to work from maternity leave, since that meant breast pumping in the office, where she had no place to store the milk. She approached her boss, who she is sure was quite uncomfortable with the discussion, but who proposed she buy a small refrigerator and expense it to the company. On her second maternity leave, the guys she worked with gave her a gift certificate she used to buy a double stroller. "When was the last time you heard of a group of men taking up a collection for a baby gift?" she writes.

Stories like those have shown working mothers at EMC they are not alone, but just as importantly, Ms. Corridan-Gregg notes, they have enriched the conversation about work-life balance at the company, so that women are more willing to ask for small changes that can make their juggling act less chaotic and managers who have read the book are more alert to how they can help out.

Do you have a child-care emergency story that affected your work? Share it with us. E-mail it to careerquestion@globeandmail.com. We'll publish the best ones.

Make sure your employer knows where you draw the line
August 23, 2012 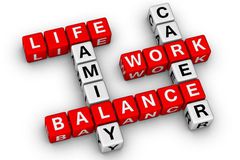