Quick: Close your eyes and think of a visionary business leader. Is your example male or female? Despite our best intentions in trying to get away from old stereotypes, many people associate specific business traits with either men or women.

For example, being viewed as "collaborative" or "good at developing relationships" – traits commonly associated with women – are positive assessments that usually indicate a person is an efficient, productive, creative employee. But they may not be the first characteristics that come to mind when people envision a business leader.

Do these sorts of assessments – which appear complimentary but may reflect unconscious biases – hold women back from positions of real power? Or will they turn out to be beneficial in the long run?

"Stereotypes abound for both men and women," noted Geeta Sheker, director of the Rotman Initiative for Women in Business at University of Toronto's Rotman School of Management.

But many of the skills traditionally associated with women are increasingly seen as leadership material. Ms. Sheker lists emotional intelligence, strategic risk taking and consensus building as essential attributes in today's business environment.

"Leadership is viewed differently today than it might have been 30 years ago: Many of the attributes that we value in leaders come very naturally to many women and position them well to be outstanding leaders," she said.

Not only are women and men perceived as possessing specific attributes, leadership roles themselves can also be stereotyped. Because men have long occupied a higher portion of senior roles, the positions are often described with traditional male characteristics, such as being commanding or courageous.

"I don't see men and women coming from stereotypical skill sets – I see the role having some stereotypes," said Jim Muzyka, senior vice-president and general manager of Xerox Services in Toronto.

He believes the "command and control" model for senior executives, for example, is on its way out as companies strive for better work/life balance for their employees, and see better results in the process.

Asked to describe the leadership traits shown by these women, Mr. Muzyka said they are inclusive in their approach, are clear, direct communicators, and show courage, even without "clear and present danger."

"These people weren't given the job because they were great women, but great leaders," he added. "These women can go toe-to-toe with any corporate leader anywhere and, frankly, that's what the shareholders of the company would expect."

Another issue with stereotyped roles is that many women think they need to embrace traditionally male attributes if they want to succeed – act like men, in other words.

Kathy Caprino, an executive coach and president of Ellia Communications in Wilton, Conn., knows first-hand how assuming male characteristics in a leadership role can be detrimental for a woman. She said that when she was a vice-president of product management with a previous employer, she was "assertive as all hell," as her male counterparts were, but she was hated for it.

She believes ingrained stereotypes must be recognized if they are to be changed, and recently put herself to the test. She took an online quiz offered by Harvard University as part of an initiative known as Project Implicit, which analyzes biases on a variety of subjects. Her test results showed a slight bias toward associating men with careers, and women with family. My test results were similar.

If both of us, who advocate on behalf of women in the workplace, subconsciously think this way, how can attitudes be changed among the general public?

"Once we start seeing women ... leading their company, and hearing interviews about how women have taken their companies to the next level, that's when we will start thinking of women [as visionaries]" Ms. Caprino said.

To move or not to move: The politics of desk positions
April 8, 2012 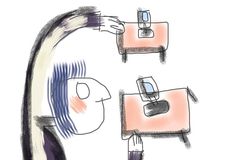 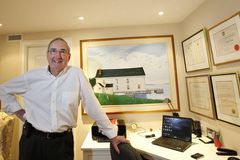 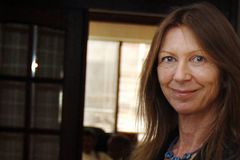 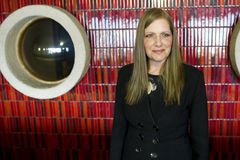 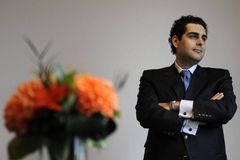