Swaths of paper on the floor catch most of the mud tracked into EllisDon Corp.'s field office at the site of the new $2-billion Oakville, Ont., hospital under construction – work that senior estimator Bill Fisher helped win for his company in a fiercely competitive bidding process.

It's the "signature job" that every estimator dreams of and, while Mr. Fisher's digs may not be fancy, he derives enormous satisfaction from watching the massive structure take shape on what was an empty, 20-hectare parcel of land before construction started in November, 2011.

As a senior estimator, Mr. Fisher analyzes the client's construction needs – scrutinizing their blueprints and specifications, calculating the most efficient methods for performing the work and estimating the costs of materials, labour and specialized trade work such as electrical, mechanical, and plumbing. He negotiates prices and schedules with subcontractors, with a view to gaining an advantage over competitors bidding on the same work. All of this is typically done under tight deadlines.

Senior estimators are not generally on site, day in and day out, Mr. Fisher explains. But having landed this baby – and given the scope and complexity of the job – Mr. Fisher is sticking close.

As the drama plays out in the field – captured live on a webcam mounted atop a tower crane – Mr. Fisher's boss, EllisDon chief executive officer Geoff Smith, talks about the industry's continuing need for construction estimators and the difficulty of filling these roles.

Here is a look at the demand, the job, and what it takes to get there:

Part of the recruitment problem might simply be a lack of awareness. Few people know that estimating is a hot job with long-term career prospects.

"But the estimators are just as important, and they don't get credit for it. It's not a high-profile job and it's a tougher job. It's a lot of work, poring over plans and preparing and thinking jobs through conceptually – 'How are we going to build this?' – and then trying to price it," he said.

It can also be stressful, especially when you're putting in a tender for a job, he said. "People are not attracted to it as a job destination because it does not have the profile, so finding good estimators, like Bill, is extremely difficult," he added.

"Often, with these in-demand positions, it is more a case of the candidate interviewing EllisDon than vice-versa, with EllisDon anxiously waiting to hear if we were successful."

Mr. Fisher got his foundation in the three-year construction management co-op program at Fanshawe College in London, Ont. He started his career in the 1980s as a field engineer with a small general contractor and, when things slowed down, was pulled into the office, where the chief estimator took Mr. Fisher under his wing and taught him the art of estimating.

Now he does the same for the young men and women starting out as junior estimators at EllisDon. Many aspects of the job can only be learned through experience, Mr. Fisher said.

"At the beginning you have to land the work, so you have to understand the specifications and everything that is going into it … the quantities, the costs. Relationship-building is very important. I have learned a lot from the subtrades in regard to their crafts because, really, they are the experts on what they do … and they can tell you, from looking at the specs and drawings, what is right and wrong from a practical point of view. Working together with the team, working together with the subs, strategizing about what competitive advantage you can come up with to get the job, it's fun to do that."

Because of the complexity of the role, however, there is a longer learning curve. "That's something people may get frustrated with. They don't see moving up the ladder as quickly," Mr. Fisher said. "But if you really enjoy it and engage in it, it's a very rewarding career. There are very few estimators at a senior level … so you are always in demand."

Industry demand is so great for students specializing in project management and estimating at Fanshawe College that it can be a challenge to reel them back in from co-op placements to complete their studies, said Solomon Asantey, acting chair of the school of building technology at the London, Ont.-based college.

The employers can always offer to hire their hottest prospects as soon as they finish their advanced diploma studies in the three-year construction engineering technology management course, Prof. Asantey said.

The estimating course concentrates on accurate measurement to industry standards. The second year focuses on conceptual and feasibility costing.

In the final year, students take on a specific project. "They are asked to complete a project all by themselves, as if they were tendering a job. … They make a tender call and this real-industry experience truly prepares our students for the work force, both at the design stage, at the construction stage and sometimes at the operational stage," Prof. Asantey said. "It's very appealing to industry."

This an ongoing Globe Careers series on the skills gap and jobs that are in demand and not getting filled. If you are an employer with that kind of job, contact careerquestion@globeandmail.com

Photo Gallery: This hot job in pictures Gallery
May 11, 2018 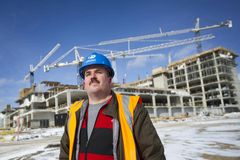 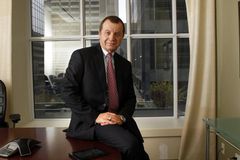 A glimpse into the future of Canada's skills gap
May 8, 2018 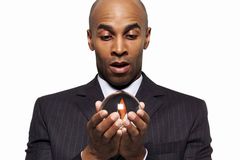 Harvard academic has a long view on competitiveness
May 3, 2018 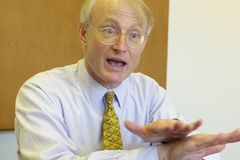 Skills gap looms at U.S. factories as boomers retire
May 3, 2018 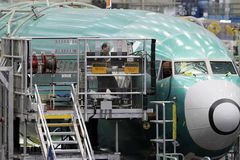