I am having trouble leaving Don Guloien's office.

Earlier this week he looked at his packed calendar and thought he'd have to postpone our lunch. After board meetings late into the previous evening, he started this morning with an early pancake breakfast for one of his kids, followed by back-to-back appointments. Knowing all this, I got up to go more than ten minutes ago.

One hour after we sat down to eat at a table in his elegant office overlooking the treetops of north Toronto, he has still only taken two bites of his sandwich.

He talked about the plural and possessive rules of grammar for nouns ending with the letter "s." He balanced his knife on one finger while illustrating how regulators are inadvertently increasing the degree of volatility in the markets. He went through the cast of Bernardo Bertolucci's five-hour epic film 1900.

The 55-year-old CEO of Manulife Financial Corp. is loquacious and gregarious and, in many ways, the opposite of a stereotypical financial services CEO.

For instance, he hates golf. "I'd rather have a root canal," he says, sitting down to lunch sporting suspenders and Manulife cufflinks. He's also an amateur comedian. (When I ask him where he grew up, he replies: "I haven't grown up yet … but my wife is looking forward to that day.")

Make no mistake, he can be serious and occasionally even quick-tempered (a glimmer of which emerges when he gets onto topics such as "ridiculous" global accounting rules). And he's got little time for fun these days. Just this week reports surfaced in Hong Kong that he has bid for ING's Asian life insurance business, a deal that could cost upward of $8-billion. Such a move would be a massive undertaking for Manulife, whose takeovers in recent years have been a tiny fraction of that size as it has concentrated on shoring up its capital levels. But it could also be an opportunity for Mr. Guloien to realize some of his ambitions for the firm in Asia, ambitions that he has made a top priority.

Before we get to that, he notices my outfit is similar to that of a woman in a painting on the wall and has me pose next to it to take a photo on his iPhone so I can see the resemblance.

His lack of conformity to the mould of a typical staid financial CEO is especially surprising considering that, as he says, "I had set a goal from the time I was in the later days of high school that I wanted to be the CEO of a Canadian-based international financial institution."

After rising through the ranks of Manulife for roughly three decades to become a key member of its senior team, he finally reached his goal at what most people would consider the worst possible time – May, 2009, not long after the collapse of Lehman Brothers sent stock markets plunging and Manulife's balance sheet into disarray. Within months he had slashed the dividend in half and had gone hat-in-hand to the market for $2.5-billion in common equity to shore up the insurer's capital levels.

"Frankly, some of my best work was done in the first couple of years in this office, things like dividend cuts, raising equity, cutting back on these products," he says. "Horribly unpopular things to do. A fair number of shareholders thought I should be shot for that. But do you want me to run the company doing the right thing for the long term, or do you want me to make you happy?

"I have a lot of sympathy now for politicians who get torn between delivering something that is going to be the right thing for the long term but run the risk of getting them thrown out of office."

These days, Mr. Guloien says he feels he has the support of Manulife's major shareholders.

"We're turning around a big ship and some of these issues will be with us for a long period of time, and we're doing all the right things," he says. "We've had the opportunity to explain it to people in enough depth that I think the majority of them understand it. It still doesn't help the stock price in the short term, but they understand the logic of it."

The company's stock, which was trading around $22 per share when he took over (and was more than $40 before the financial crisis), now hovers around $11-and-change.

Mr. Guloien believes the stock price would be higher if the market fully understood Manulife's potential in Asia. Securing significant growth in that region is one of the key goals that he has established for himself.

Around the turn of the century he led Manulife's negotiations to enter Japan. During the years he spent working under former CEO Dominic D'Alessandro, the two executives shared a desire for Manulife to be a real player in Asia. But Mr. Guloien is going further, resting much of Manulife's future growth on the region's shoulders, as the U.S. downturn continues to cause problems for the company. Asia now accounts for about one-third of Manulife's profits, but represented nearly half of its insurance sales last year.

Mr. Guloien travels regularly to the world's second-largest economy, where he makes gallant efforts to use his minimal Chinese (his Japanese is better). At functions with the company's Chinese agents Mr. Guloien is welcomed like a rock star, and will pose endlessly for pictures.

ING's Asian life insurance business includes operations in Japan, Malaysia, South Korea, Thailand, Hong Kong, China and India. Manulife is already in most of those countries. It would like to expand in Malaysia and Thailand, both of which it entered as part of its $15-billion merger with U.S. life insurer John Hancock Financial Services Inc. in 2004. India and South Korea are the gaps in Manulife's Asian portfolio. The first round of bids for the ING assets are in, but a deal is still a way off.

Mr. Guloien, a seasoned deal maker who spent many years in M&A for Manulife, declined to talk about ING ("we never talk about any specific deals," he says). But one thing is clear, any offer Manulife has made is unlikely to be at top dollar. Mr. Guloien is very conscious of the need to maintain the company's capital levels, and has an aversion to overspending.

"We're not about growing this company for the sake of growth," he says. "The message I try to give is margin over market share. I think where we lost our way a bit was getting too entranced with growth and market share and being No. 1 in certain things."

Grew up in Parry Sound, Ont., Sarnia and Toronto.

Youngest of five children; his father was an engineer.

Graduated from the University of Toronto with a Bachelor of Commerce.

Joined Manulife in 1981 as a research analyst.

From 1994 to 2001, he led the company's business development unit and was a key player in the firm's demutualization and its entry into Japan.

Slashed the dividend in half in August, 2009.

The controversial move he's not contemplating

There have been calls for him to sell the company's U.S. operations, John Hancock Financial Services Inc.

Film buff; his favourite movies are Parenthood starring Steve Martin and the long version of 1900 directed by Bernardo Bertolucci.

Former Manulife CEO Dominic D'Alessandro on Mr. Guloien in 2008: "I think he's a much more pleasant person than I am, I really do."

Fixing the Game: Bubbles, Crashes and what Capitalism can learn from the NFL, by Roger Martin 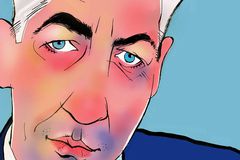 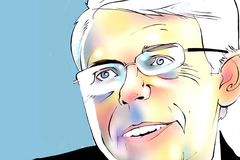 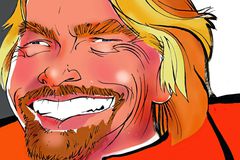