Kevin Dineen says he's a little reluctant to accept praise for leading the Canadian women's hockey team to their gold-medal victory at the Sochi Winter Games.

"Really the players are the ones that are worthy of all the credit," he said over the phone on a fishing trip in the Florida Keys, the same place he got the call from Hockey Canada in December asking him to coach the team.

"Everybody's going to think I spend all my time down here," he said with a laugh.

After signing on just two months before the start of the Sochi Games following the surprise resignation of former head coach Dan Church, who had coached the team since the start of the 2012 season, Mr. Dineen had little time to get acquainted with his new squad.

"I came in under a little bit of unique circumstances, but by no means was it adversarial at all," he said, pausing briefly to laugh as a friend reeled in part of a tree. "I went in there and just established what I was going to do. I think when you're honest with them right off the bat, that makes a difference."

A native of Quebec City, Mr. Dineen played in the National Hockey League for 19 years before making the transition to coaching. From 2005 until 2011, he managed American Hockey League team the Portland Pirates and, in 2012, he led a struggling Florida Panthers to their first division title in franchise history.

Mr. Dineen says that, no matter their age or gender, players who skate for Team Canada "play the game with a certain set of standards," which provided a foundation for him and his new team to build on.

"You put your own fingerprints on things, but for the most part we just tweaked things here or there instead of coming in with a major overhaul," he said, adding that communication was also key to his smooth transition. "I felt like I had great support and feedback with the players, and that's something I think helped out."

Though there were eight teams competing for gold at Sochi, for Mr. Dineen and the rest of Team Canada, there was really only one to beat, Team USA, which Canada faced in the gold medal game in Vancouver.

"When you have an incredible opponent like that, that's when you need to bring out the absolute best in your team," he said.

Mr. Dineen said he had to make a lot of tough decisions along the road to victory in Sochi, but he believes that difficult conversations are necessary for any successful leader.

"If somebody's not living up to expectations, they have to hold that level of accountability," he said. "You're the leader, you've got a lot of hard decisions to make, but in the end, you're all in it together."

After finding themselves down two goals to none early in the final period of the final game against the Americans, Team Canada was able to cut the lead down to one with less than 3 1/2 minutes remaining in the game.

In such nail-bitingly tense circumstances, Mr. Dineen said it's difficult to be one step removed from the action, but it's those very moments that demonstrate how the months of hard work and training pay off.

"That [comeback effort] doesn't happen in a five- or 10-minute span, that happens over months of preparation," he said. "There were a lot of extremely hard, physical days. They were not fun days, but the work was put in beforehand and it really paid off when we needed it, specifically in that third period."

After a last-minute goal by Marie-Philip Poulin extended the game into overtime, she scored once again less than two minutes into the extra period, defending Canada's Olympic win streak with yet another gold medal victory.

"We knew we'd have our hands full, but I think from my perspective it was about keeping a level of confidence and composure as we were getting down to that final stretch, and keeping the belief that we could do it," Mr. Dineen said. "There's adversity in everything, but when you stick with it and stay with your beliefs and do it as a group, amazing things can happen."

Shortly after his successful trip to Sochi, Mr. Dineen was called upon again by Hockey Canada to coach the 2014 International Ice Hockey Federation's under-18 men's tournament in Finland in April.

After returning with a bronze medal, Mr. Dineen took time off to go fishing as he considers his next career move.

"I don't know where I go from here, that's the challenge. There are opportunities available right now, but you never know how everything will play out," he said.

The only certainty Mr. Dineen has about his future as a coach is that no matter where he is the next time Hockey Canada calls, he will be more than happy to answer.

"Any chance I get to represent Canada, that's a real perk of the job. Yeah, you're coaching hockey but you're also representing a nation, and you're part of a group that understands that and is there to support you." 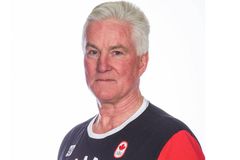 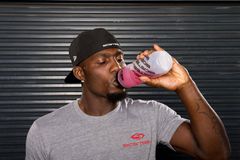 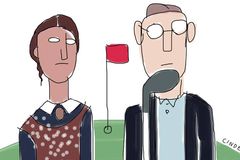 What the women’s hockey win can teach us about leadership
May 11, 2018 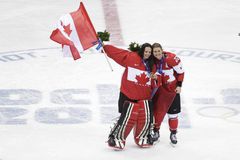 What space taught Chris Hadfield about leadership
May 11, 2018 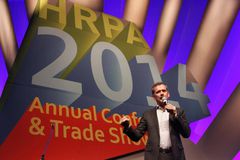 Hockey at the office: Balancing bodychecks and paycheques
May 11, 2018 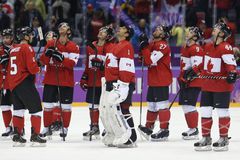 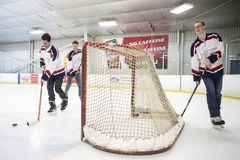 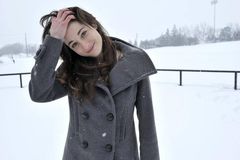