They haunt him still. The ghosts, I mean - of Christmases Past, Present, and Yet to Come, who appeared in succession one Christmas Eve, long ago, to pry open the cold heart of Ebenezer Scrooge and teach him a thing or two about generosity and the holiday spirit.

It's hard to shake the memory of an experience like that, harder still to forget the lessons it wrought. Mr. Scrooge was transformed overnight. The legendary misanthrope who could squeeze a nickel until the Queen gasped for air suddenly became a person of kindness and charity. Many decades later, he still is.

But there is something that is bothering the old man now - several things, actually - and bothering him enough that he is willing to break his long-standing policy of not talking to the press to have lunch at a location that, by his insistence, must remain undisclosed. Why is it, he asks, that mentions of him are still always negative? Why has the word "Scrooge" become a byword for "eccentric cheapskate" and not for "philanthropist"?

And most of all: Why do we insist on bringing up his name when discussing the scoundrels of the economic crisis?

No sooner does he ask that question when he begins to answer it himself, just as a steaming bowl of clam chowder ("This stuff is the secret of my longevity," he says) is set in front of him. "I understand, I do, that it is quite convenient," says Mr. Scrooge. "I'm in the lending business, and all bankers are villains, now more than ever."

Indeed, news agencies seem to produce hundreds of items each year in which "Scrooge" is used to describe some tight-fisted person or unscrupulous corporate titan. Here's the Canberra Times of Australia: "If you want to see a modern-day Scrooge, just look at how the CEOs behaved towards the laid-off workers during the global economic crisis." Or the Daily Mirror, in a story about a British politician's plan to trim public sector pensions: "He's a modern-day Scrooge." Each year, The Times of London invites readers to nominate the corporation with whom they are most disgusted; the "winner" receives the "Scrooge of the Year award." A few years ago, a Times writer began the article this way: "Scrooge-like behaviour in financial services does not happen only at Christmas."

Bah humbug to all that, says Mr. Scrooge. He resents these references in part because he is nothing like the current generation of bankers - the ones who are haunted by their own ghost, the Ghost of the Great Financial Meltdown.

Sure, in its heyday, Scrooge and Marley LLC was known for a certain ruthlessness with its customers, not to mention its even more famous parsimoniousness with the staff. ("Cratchit would never have even dared to ask for stock options," he sniffs.) But there was still merit in the way they went about their financial business - the old-fashioned way.

Not for him, the crazy methods of Wall Street's mathematicians, with their spreadsheets, their too-clever financial products and their schemes to entice customers to borrow ever-greater sums. He has never employed anyone like that and never will.

"That is the trouble with bankers these days," Mr. Scrooge confides. "They think they are far too smart, and as a result they fail to understand the most important attribute of a successful banker, which is not intelligence but self-control. Banking is a simple business - it's only when you try to make it complicated that you run into trouble."

Mr. Scrooge turns his attention to the traumatic events of 2008, when the global financial system was on the edge of collapse, saved only by a series of government bailouts and emergency measures, at extraordinary cost.

"Now what caused all this?" he asks. "Hubris! The banks had borrowed too much, to give out loans to people at rates that were preposterously low, given the risk involved. This is obvious now."

I can't help but interject that he is, to many, the original subprime lender, known for making usurious deals. (I refrain from reminding him that when the Ghost of Christmas Yet to Come gave him a glimpse of the future, he saw to his horror that his debtors were actually cheered by his death.) But Mr. Scrooge brushes aside the comparison. Did he and Jacob Marley make loans against flimsy collateral, as U.S. banks and mortgage companies did? No. Did they lend to people they did not even know, or outsource the collection of debts to third parties? Never. "We always knew our customer. And rarely did we lend money to someone who was already in over his head." When I tell him about the recent comments of Toronto-Dominion Bank chief Ed Clark, who suggested that it was up to the government and not the banks to rein in Canadians' habit of borrowing too much, Mr. Scrooge is aghast. "The government? They have enough to do. They must run the prisons, the workhouses, and many other things. Why can't these bankers just take on the responsibility for themselves? Humbug."

For a moment is sounding exactly like the Ebenezer Scrooge of old, and I have to wonder how much he has really changed. Then something happens that makes it perfectly clear that he has. The bill arrives, and before I can even raise my hand, he snatches it away and pulls out his wallet.

"Merry Christmas," he bellows. "God bless us, everyone!"

Age: Unknown, though he has lived in the popular imagination for 167 years.

Getting a chance to redeem himself, after wasting years as a squeezing, wrenching, grasping, scraping, covetous old sinner.

There were a few. As a young man, he was dumped by his long-time girlfriend, Belle, who got fed up with his relentless pursuit of money. His attitude toward life was altered by the deaths of his sister, Fran, and his long-time business partner, Jacob Marley, who died on Christmas Eve.

Being forced to roam the Earth for all eternity bound in the chains of greed, like his old friend, Marley.

After his epiphany, he went to the office early the day after Christmas to wait for his clerk, Bob Cratchit. Mr. Cratchit showed up for work 18 minutes late, braced for an upbraiding by his boss - and Mr. Scrooge, after first pretending to be angry, proceeded to give his long-time deputy a raise. 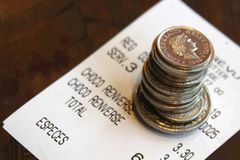 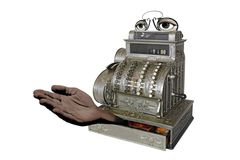 Teach your kids to spend wisely this holiday season
April 28, 2018
What part of ‘cut your debts’ don’t you understand?
April 28, 2018
Follow us on Twitter @globe_careers Opens in a new window
Report an error Editorial code of conduct
Due to technical reasons, we have temporarily removed commenting from our articles. We hope to have this fixed soon. Thank you for your patience. If you are looking to give feedback on our new site, please send it along to feedback@globeandmail.com. If you want to write a letter to the editor, please forward to letters@globeandmail.com.
Comments