Excerpted from the book So Good They Can't Ignore You: Why Skills Trump Passion in the Quest for Work You Love by Cal Newport. Copyright © 2012 by Calvin C. Newport. Reprinted with permission of Business Plus/Hachette Book Group.

The Science of Passion

Why do some people enjoy their work while so many other people don't? Here's the CliffsNotes summary of the social science research in this area: There are many complex reasons for workplace satisfaction, but the reductive notion of matching your job to a pre-​existing passion is not among them.

To give you a better sense of the realities uncovered by this research, here are three of the more interesting conclusions I've encountered:

In 2002, a research team led by the Canadian psychologist Robert J. Vallerand administered an extensive questionnaire to a group of 539 Canadian university students. The questionnaire's prompts were designed to answer two important questions: Do these students have passions? And if so, what are they?

At the core of the passion hypothesis is the assumption that we all have pre-​existing passions waiting to be discovered. This experiment puts that assumption to the test. Here's what it found: 84 per cent of the students surveyed were identified as having a passion. This sounds like good news for supporters of the passion hypothesis – that is, until you dive deeper into the details of these pursuits. Here are the top five identified passions: dance, hockey (these were Canadian students, mind you), skiing, reading, and swimming. Though dear to the hearts of the students, these passions don't have much to offer when it comes to choosing a job. In fact, less than 4 per cent of the total identified passions had any relation to work or education, with the remaining 96 per cent describing hobby-​style interests such as sports and art.

Take a moment to absorb this result, as it deals a strong blow to the passion hypothesis. How can we follow our passions if we don't have any relevant passions to follow? At least for these Canadian college students, the vast majority will need a different strategy for choosing their career.

Amy Wrzesniewski, a professor of organizational behaviour at Yale University, has made a career studying how people think about their work. Her breakthrough paper, published in the Journal of Research in Personality while she was still a graduate student, explores the distinction between a job, a career, and a calling. A job, in Wrzesniewski's formulation, is a way to pay the bills, a career is a path toward increasingly better work, and a calling is work that's an important part of your life and a vital part of your identity.

Wrzesniewski surveyed employees from a variety of occupations, from doctors to computer programmers to clerical workers, and found that most people strongly identify their work with one of these three categories. A possible explanation for these different classifications is that some occupations are better than others. The passion hypothesis, for example, predicts that occupations that match common passions, such as being a doctor or a teacher, should have a high proportion of people who experience the work as a true calling, while less flashy occupations – the type that no one daydreams about – should have almost no one experiencing the work as a calling. To test this explanation, Wrzesniewski looked at a group of employees who all had the same position and nearly identical work responsibilities: college administrative assistants. She found, to her admitted surprise, that these employees were roughly evenly split between seeing their position as a job, a career, or a calling. In other words, it seems that the type of work alone does not necessarily predict how much people enjoy it.

Supporters of the passion hypothesis, however, might reply that a position like a college administrative assistant will attract a wide variety of employees. Some might arrive at the position because they have a passion for higher education and will therefore love the work, while others might stumble into the job for other reasons, perhaps because it's stable and has good benefits, and therefore will have a less exalted experience.

But Wrzesniewski wasn't done. She surveyed the assistants to figure out why they saw their work so differently, and discovered that the strongest predictor of an assistant seeing her work as a calling was the number of years spent on the job. In other words, the more experience an assistant had, the more likely she was to love her work.

This result deals another blow to the passion hypothesis. In Wrzesniewski's research, the happiest, most passionate employees are not those who followed their passion into a position, but instead those who have been around long enough to become good at what they do. On reflection, this makes sense. If you have many years' experience, then you've had time to get better at what you do and develop a feeling of efficacy. It also gives you time to develop strong relationships with your co-workers and to see many examples of your work benefiting others. What's important here, however, is that this explanation, though reasonable, contradicts the passion hypothesis, which instead emphasizes the immediate happiness that comes from matching your job to a true passion.

Conclusion #3: Passion Is a Side Effect of Mastery

Not long into his popular TED talk, titled "On the Surprising Science of Motivation," author Daniel Pink, discussing his book Drive, tells the audience that he spent the last couple of years studying the science of human motivation. "I'm telling you, it's not even close," he says. "If you look at the science, there is a mismatch between what science knows and what business does." When Pink talks about "what science knows," he's referring, for the most part, to a forty-​year-​old theoretical framework known as Self-​Determination Theory (SDT), which is arguably the best understanding science currently has for why some pursuits get our engines running while others leave us cold.

SDT tells us that motivation, in the workplace or elsewhere, requires that you fulfill three basic psychological needs – factors described as the "nutriments" required to feel intrinsically motivated for your work:

• Autonomy : the feeling that you have control over your day, and that your actions are important

• Competence : the feeling that you are good at what you do

• Relatedness : the feeling of connection to other people

The last need is the least surprising: If you feel close to people at work, you're going to enjoy work more. It's the first two needs that prove more interesting. It's clear, for example, that autonomy and competence are related. In most jobs, as you become better at what you do, not only do you get the sense of accomplishment that comes from being good, but you're typically also rewarded with more control over your responsibilities. These results help explain Amy Wrzesniewski's findings: Perhaps one reason that more experienced assistants enjoyed their work was because it takes time to build the competence and autonomy that generates this enjoyment.

Of equal interest is what this list of basic psychological needs does not include. Notice, scientists did not find "matching work to pre-​existing passions" as being important for motivation. The traits they did find, by contrast, are more general and are agnostic to the specific type of work in question. Competence and autonomy, for example, are achievable by most people in a wide variety of jobs – assuming they're willing to put in the hard work required for mastery. This message is not as inspiring as "follow your passion and you'll immediately be happy," but it certainly has a ring of truth. In other words, working right trumps finding the right work. 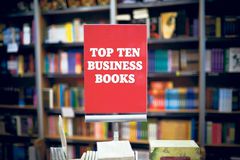 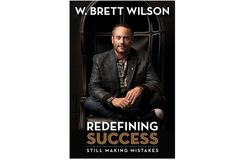 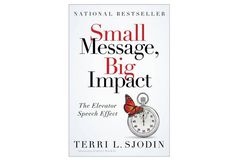 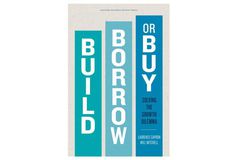 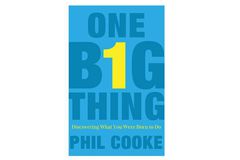