In the well-publicized decision of O.P.T. and M.P.T. v Presteve Foods Ltd., the Human Rights Tribunal of Ontario ordered the employer of two women who had been abused, harassed and sexually assaulted by the owner and principal to pay them $150,000 and $100,000 respectively for injury to their dignity, feelings and self-respect.

The awards tripled and doubled the previous high damage award in Ontario for such injury. The women, temporary foreign workers from Mexico with little or no command of English let alone the Canadian legal system, were forced to engage in numerous unwanted sexual acts, all the while being threatened with deportation if they did not comply.

The O.P.T. case highlights the Ontario Human Rights Tribunal's willingness to use the full extent of its remedial powers.

By contrast, the British Columbia Supreme Court has recently reined in the B.C. Human Rights Tribunal with respect to an award of general damages. In 2013, the BCHRT found that Dr. Carl Kelly's ADHD, his disability, was a factor in UBC's decision to remove him from its family medicine program. The BCHRT ordered the University of British Columbia to pay Dr. Kelly $75,000 for injury to his dignity, feelings and self-respect, an award that more than doubled the previous high damage award in B.C. of $35,000. In setting aside the $75,000 award, the British Columbia Supreme Court noted that, although UBC had violated the B.C. Human Rights Act when it removed Dr. Kelly and that its decision was serious, there was nothing exceptional or unique in Dr. Kelly's circumstances that merited such a high award.

In B.C., as in Ontario, there is no cap under human rights legislation on the amount that can be awarded for injury to dignity, feelings and self-respect. In addition to these types of general damages, provincial and the federal human rights tribunals have broad remedial authority to put applicants in the position they would have been in had the discrimination not occurred. In Dr. Kelly's case, the BCHRT ordered UBC to pay him $385,194.70, representing what it, in part, determined and, in part, predicted Dr. Kelly would have earned from the date of his termination from the family medicine program on August 23, 2017, and based on its estimate that UBC's decision delayed Dr. Kelly's entry to the job market by six years. The B.C. Supreme Court upheld this aspect of the award.

In Ontario, a woman employed by a school board to supervise the removal of asbestos from schools was awarded, amongst other things, approximately $419,000 in lost wages after the Ontario Human Rights Tribunal found that her employer had failed in its duty to accommodate her medical disability. The applicant suffered from general anxiety disorder, post-traumatic stress and depression and was on LTD until February 2004. Shortly thereafter, her employer decided that, because of her disability, it could not provide her with suitable productive work. The Tribunal disagreed with the employer and ordered it to reinstate the employee, pay her almost 10 years of lost wages, pension and benefits, and pay her $30,000 for injury to her dignity, feelings and self-respect. The Ontario Divisional Court recently dismissed an application for judicial review of this decision.

And in Alberta, the Human Rights Tribunal of Alberta awarded Aleksandra Andric two years of lost wages after she was unilaterally transferred from her position as a hair dresser at a spa to another location. The transfer occurred after Ms. Andric had been assaulted by a Muslim co-worker. The employer argued that the transfer would make Ms. Andric safer because the co-worker would not know where she was working. The Tribunal found that the decision to transfer her was motivated, in part, by the fact that she was not Muslim and did not share the common religious beliefs of the owners of the spa, who, like the assailant, were also Muslim. In the opinion of the Tribunal, two years wages encompassed time for healing, job search and a top up of wages to enable Ms. Andric to establish herself at a new employer.

What happened in the O.P.T. case should never happen, let alone happen at work. Employers must engage in ongoing training of their employees on policies respecting harassment and discrimination and to update those policies as necessary. Employers must take steps to stop this type of harassment when it occurs. In many cases, employers must be prepared to fire employees who engage in conduct that violates human rights legislation.

More complicated cases such as those involving the accommodation of a doctor with ADHD or an employee with complex psychological disabilities will always present challenges. Employers are entitled to receive and consider medical information from experts to assess whether the employee is able to be accommodated in a job without undue hardship. In many cases, employers will need to retain and consult with their own medical experts and weigh the medical information against considerations such as cost and the health and safety of other employees and members of the public. Notwithstanding the above examples, there are many cases where a diligent employer has successfully defended a human rights case because they have fairly and objectively determined that a disabled employee cannot productively perform a job.

Although damages for injury to dignity, feelings and self-respect garner headlines, the fact is that human rights tribunals have always had broad remedial authority. Their authority is, in fact, much broader than that of courts hearing wrongful dismissal actions. It appears that, human rights tribunals are increasingly prepared to use the full extent of that authority.

Rob Weir is a partner in the labour and employment group at Borden Ladner Gervais LLP. He practises in Toronto.

How businesses can help employees find purpose at work
January 5, 2016 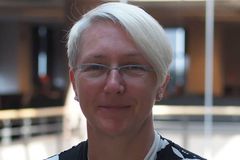 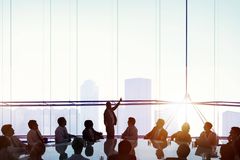