I have had my share of interviews with police officers. Years ago my daughter, then a toddler, dialled 911 while playing with the phone, which produced a routine visit by police to our door to ensure we were not in any danger, and the corresponding embarrassment of having a cruiser in our driveway.I confess to earning more pressing police interviews by violating speed zones (twice), ignoring a sign (once), and driving without my license (also once). Until meeting Toronto police inspector Chris Boddy, this was the extent and nature of my dealings with law enforcement officials.

So in 2013, when I got a notification that then staff sergeant Chris Boddy was following me on Twitter, I froze for moment, wondering if the police suspected me of further wrongdoing. I figured it was my duty as a citizen to follow him back. I tweeted him that having been previously followed by the police – with cherries blazing in my rear view mirror – a Twitter follow represented a significant upgrade.

He responded, in his quintessential way, with "Ha!"

And so began my fascination and friendship with Toronto's Twitter Cop, one of the most dedicated, funny, and humble people in my professional network, who would teach me what it means to lead, if not outright own, a transparent conversation about community safety.

Just a few days later, when Chris Boddy's back-to-school tweet – encouraging kids to say hello to other kids who may be sitting by themselves in the cafeteria – was retweeted by Katie Couric, I knew there was tremendous potential for human kindness to take its rightful place on social media and be the much-needed counter to online bullying and harassment.

Today, he has more than 25,000 followers on Twitter, an impressive number for someone whose communications concern issues such as road safety, crime prevention, gun amnesty, and other such topics one would expect to come from a uniformed officer.

For Chris Boddy, however, the magic formula for his building an engaged community following on social media, along with his professional brand, lies not in his daily public safety reminders, but in his use of humour and authenticity to convey these messages. The same content, written any other way from anyone else, might simply fall flat.

When it comes to viral tweets, Chris Boddy is no one-hit-wonder. Early in 2015, his tongue-in-cheek tweet asking for information from the public about the mysterious tunnel that was discovered near the Rexall Centre made headlines once again.

As one of the most well respected Canadians on social media, often creating awareness for charities, such as Cops for Cancer, or giving interviews on public safety with media outlets throughout the city, Chris Boddy oversees the Toronto Police's Customer Service social media presence. There's no one more qualified for the job.

His main objectives for the TPS branded accounts are to prevent crime, improve relationships with the community, humanize law enforcement by demonstrating a genuine care and concern for public safety, and to provide further information about where to direct complaints.

Not every day is easy. Police conduct is an important issue, and in the aftermath of shootings in just about any jurisdiction across North America, public outrage is widespread, especially on social media networks. It's difficult to create trust on platforms where mistrust can dominate.

It's clear that Chris takes the temperature of the community, and in spite of waves of negativity and times of low community morale where police conduct is concerned, he reminds us of the other side of the coin, presenting the very best of what it means to serve and protect. On the day that the verdict came out for officer James Forcillo, a tough one in PR terms, he simply shared his pride for the work that he and so many other police officers do every day, as they put themselves on the front lines.

He reminds us that the police will always be there for the public, whenever they are needed. They will always answer the call.

Above all, he stays true to his core values and strong belief that a career in law enforcement is a noble pursuit.

Having moved through the service ranks to Inspector, Chris Boddy has great advice for aspiring police officers. He recommends that young people become actively involved in their communities through volunteer projects. Being active in a community, and the knowledge and insights that these activities provide, will help later on when serving a community in a professional capacity.

Another skill for police hopefuls is to be fluent in a second language. The Toronto Police Service looks for candidates who can speak the languages that reflect our multicultural society. Though he himself doesn't speak another language, he sees this as an important skills differentiator for hiring the police officers of the future.

And where social media is concerned, he's the first to acknowledge the importance of putting your best foot forward online, avoiding anything that will someday come back to haunt you.

Chris Boddy has proven that the "be nice", "stay safe" and "play smart" themes underpinning his tweets and posts are worthy of going viral. And he has proven, time after time, that they do.

Hilary Carter (@TweetFromHilary) is a digital leadership consultant and the founder of InTune Communications (@AreYouInTune), a strategic communications firm.

An incisive look at why innovators succeed
March 1, 2016 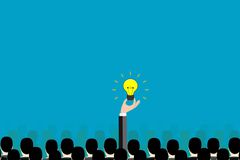 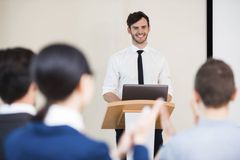