Pay for Canada's top executives is on the rise as companies put years of economic downturn firmly behind them, raising the spectre of another era of major CEO pay increases that could again far outstrip gains for most workers.

Canadian chief executives saw their total compensation climb by 11 per cent in 2013, which marks the fourth straight year of pay gains after a decrease and plateau in 2008 and 2009.

A review of pay at Canada's 100 largest companies by consulting firm Global Governance Advisors shows CEOs earned median compensation of $5.6-million last year, which means compensation has almost returned to levels from before the downturn, when the median CEO earned $5.8-million.

Median CEO pay slid as low as $4-million in 2009 as companies trimmed pay levels during the economic downturn, but has since recovered as performance has improved. The surge last year was driven by gains in all categories, with cash compensation – combined salaries and bonuses – up 18 per cent and equity compensation such as share units and stock options climbing 14 per cent.

(The median pay levels vary from year to year depending on which companies are included on the list of Top 100 firms based on market capitalization, while percentage changes for 2013 compared with 2012 are based on pay for the same group of CEOs in both years, which means the two statistics are not directly comparable.)

The upward march worries some corporate governance observers who saw CEO pay levels soar between the mid-1990s and the mid-2000s, and have been lobbying for changes to moderate the trend. Some say CEO pay increases should remain closer to gains for ordinary workers, who earned an average 1.8-per-cent pay increase last year, according to Statistics Canada data.

Michelle de Cordova, director of corporate engagement at ethical mutual funds company NEI Investments, said CEO pay has become excessive because it is typically set by comparing pay "horizontally" to other CEOs, causing compensation levels to ratchet constantly higher without any "vertical" comparisons that would anchor pay to others throughout the company or in society at large.

"We're not saying everyone has to be paid the same, but if people aren't going to take steps to control this, where will it end?" she said. "Will average CEO pay be $40-million in some years' time in Canada? If people don't pay attention to the absolute figure, when are we going to get concerned?"

A new survey by Associated Press and Equilar found U.S. CEO median compensation crossed the $10-million mark for the first time in 2013 for companies in the S&P 500 index, hitting $10.5-million (U.S.), an increase of 8.8 per cent from 2012. While the level outstrips Canada's $5.6-million (Canadian) median pay, compensation experts say the difference is far smaller when comparing U.S. companies that are similar in size with Canada's largest firms.

A 2012 report by the Quebec-based Institute for Governance of Public and Private Organizations showed CEO pay for Canada's 60 largest companies had virtually reached parity with U.S. firms by 2010 using constant 2000 dollars to account for inflation.

"It seems that Canadian executive compensation practices have taken a page from the U.S. playbook … and I don't see why there would be a change in the foreseeable future," he said.

Prof. Magnan said his research indicates that one of the key drivers pushing CEO pay higher in Canada has been the trend of benchmarking pay not just to other CEOs in the same sector, but to highly paid executives in other sectors and other countries. The benchmarking ratchets up pay as companies seek to pay their CEOs at, or above, average compensation levels, pushing the average ever higher.

But compensation consultant Paul Gryglewicz, managing partner at Global Governance Advisors, said he does not believe CEO pay is going to increase as it did in the mid-1990s and early 2000s because pay packages are changing to shift a greater proportion of compensation into share units that have performance features. That means share units are not guaranteed to pay out at all, and will only be valuable if financial targets are met.

"It is structured much differently, and in favour of the shareholders," he said.

Mr. Gryglewicz also said the recent introduction of "say on pay" votes, which give shareholders an advisory vote on executive compensation practices, as well as the ability of shareholders to vote for individual directors rather than a whole board as a slate, gives investors more tools to protest pay practices.

Some companies in the mining sector have already seen more of the directors on their compensation committees get negative "withhold" votes in board elections this year, Mr. Gryglewicz said, because pay levels in the industry are above average while returns have been below average for the past three years.

Stephen Erlichman, executive director of the Canadian Coalition for Good Governance, which represents most of Canada's largest institutional investors, said his group has begun to ask companies whether they consider vertical comparisons to other workers in the company to temper the inevitable increases that occur if companies only benchmark their CEO pay to be above the average of other CEOs.

"We don't think it's the right thing to only look at your peers," Mr. Erlichman said. "That could be one thing you look at, but you have to look at a lot of other things. Everybody is going to keep going up if you keep saying you're all going to be in the 75th percentile of your peers."

As part of the U.S. Dodd-Frank legislation following the financial crisis, lawmakers have proposed a new rule for that would require U.S. companies to report on the ratio of CEO pay to that of the average worker, hoping it would lead to a moderation in CEO pay.

The proposed rule has not been been implemented yet and has not been matched in Canada. It has met with criticisms the ratio could be meaningless on its own and difficult to compare across companies with different types of work forces.

Many also fear a ratio could be manipulated by companies seeking to make their number look better. Ms. de Cordova said her worst fear with the proposal is that companies will outsource their lowest-paid jobs to push their average worker pay higher and improve their CEO pay ratios.

As a result, NEI Investments has launched talks with major Canadian banks and some other companies about what alternative ratios or practices would work better as a way to anchor CEO pay. NEI filed proxy resolutions in 2012 with the five largest banks asking them to consider whether they could add measurements based on internal pay comparisons to executive compensation plans.

The banks responded by commissioning a study on their pay ratios by consulting firm Meridian Compensation Partners. It concluded the ratio of CEO pay to average worker pay at Canada's banks has improved since 2000, with total direct compensation for CEOs compared to average workers falling to 45:1 in 2012 from 66:1 in 2000. In shareholder disclosures this year, Royal Bank of Canada and Bank of Nova Scotia both said their boards looked at vertical pay ratios when setting executive pay levels, but noted the Meridian study found their pay programs were sound.

Telus Corp. was one of Canada's first companies to disclose it has created vertical metrics for executive pay. The company said this year that it ensures base salary increases for the executive team are aligned with salary increases for lower positions, and said executives share in an equitable proportion when there are increases to the pool for employee bonuses.

Telus chief corporate officer Josh Blair, who is in charge of human resources, said the company is responding to ethical investors who argue employees are more engaged when there is equity in the pay system. He said the solutions are still new, and "this is an area of compensation that will evolve over several years."

"It's part of a large quilt of things that you weave together that form the employee experience," he said. "There are many other parts of that equation that are equally important, but this is important also." 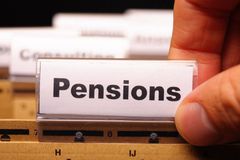 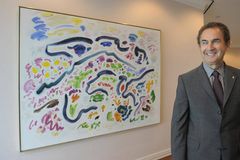 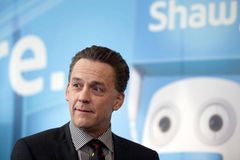 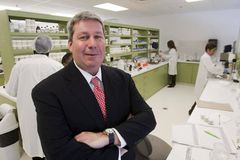 Ten Canadian CEOs who own the most shares in their companies
Gallery
June 1, 2014 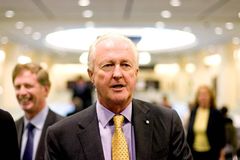