If successful leadership is about understanding yourself and others, then the Map of Leadership Maturity may be a useful tool for you to consider. Leadership coach John Mattone devotes much of his new book, Intelligent Leadership, to explaining the wheel of possibilities underscored by this system of charting leadership behaviour.

The model is based on an enneagram, a nine-pointed diagram within a circle that dates to 2500 BC in Babylon. These days, it is used for charting personalities, with each element corresponding to a distinct way of thinking, feeling, and behaving. It correlates with other well-known personality and behavioural systems, but Mr. Mattone believes it provides more granular details about leadership development.

The circle divides evenly into three groups of leaders: Heart leaders, head leaders, and gut leaders. If you stalled on trying to place yourself in that schema, there's a reason: Everyone is guided by their heart, head and gut. At the same time, everyone has a tendency to predominantly rely on one of those aspects of their being in their leadership.

In turn, each of those three forms of leadership breaks down into three possibilities. Heart leaders tend to be helpers, entertainers, or artists. Head leaders tend to be activists, disciples or thinkers. Gut leaders tend to be drivers, arbitrators, or perfectionists. In the end, one of those nine traits is your predominant behaviour, but the other eight are still part of your composition. As you mature, you evolve between traits.

Here's the breakdown of the nine traits:

Helpers: These leaders are able to understand people and empathize with them, making helpers admired for their ability to sustain positive and mature feelings in others. They prefer close relationships, support and actively listen to others, work slowly and effectively with others, and handle conflict well. But at some point, as with all the traits, it can go off kilter, and when derailed, helpers – while seeing themselves as loving and generous – can be selfish and manipulative.

Entertainers: Believing they will be admired and respected only if they deliver results, entertainers become fixated on success and it becomes central to their self-conception. They thrive in organizations where style trumps substance and symbols beat out reality. Derailed entertainers become jealous and hostile toward anyone who challenges their success.

Artists: These may be the most creative and innovative leaders, as a result of their deep understanding of themselves. They are liked because of their ability to communicate their personal feelings and to help others get in touch with their own feelings. But it can go wrong if they become so self-involved they lose touch with the needs of others, making unreasonable demands on teammates.

Thinkers: These leaders like to analyze the world around them and are capable of turning their brilliant thoughts into actions. They are also valued for their ability to solve problems. But thinkers can have trouble translating impulse into action, not acting until they are certain of what they want to do. They can also become so engrossed in their thoughts, they lose touch with others.

Disciples: These leaders can be loyal, committed and dependable. They don't usually set the tone, but help others to get things done. Derailed disciples are so dependent on authority that it leads to feelings of inferiority and they become unable to act on their own.

Activists: These leaders are sensation seekers who are excited by their surroundings and very busy, the day never long enough for what they want to accomplish. They see themselves as happy and cheerful, but underneath that bright exterior can lurk a deep well of pain that they brush aside by burying themselves in activity.

Drivers: These confident leaders inspire confidence in others and that allows them to accomplish a lot. They are take-charge people, perhaps the most aggressive leaders, enjoying imposing their will on their environment, which can include other people. They like the attention they get when they make their presence felt – that boosts their energy. Derailed drivers are fixated on getting to the top and can over-exploit others.

Arbitrators: These leaders sympathize and empathize with others, making them feel assured. Rather than creating conflict, they identify common ground and bring people together. But they can start to idealize other people, creating an image others can't live up to, and when derailed hold on to these illusions and divorce themselves from reality.

Perfectionists: These leaders want to get everything perfect, for themselves and others. They are highly critical of themselves and others – favourite words are "should" and "must." But as frustrations mount over imperfections it can turn into a rage at the imperfect state of the world. This can fuel even more energy to change things, but the anger can consume them.

You may see yourself or others in those leadership profiles. The book offers details on each, including how to mature in your own leadership by shifting your emphasis. It also supplies tips for dealing with others who have these traits. But it's a slog to read, given so many personalities and details on each, and is certainly not something you should try to read in large snatches if you hope to assimilate the information. 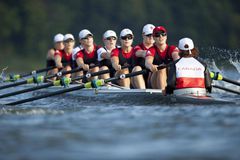 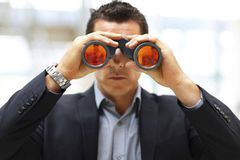 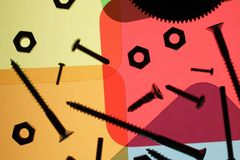 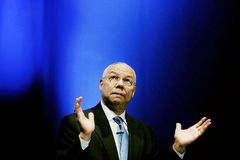 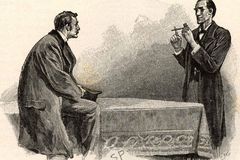 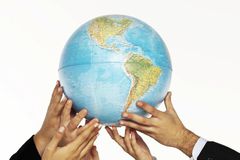