January and February always seems a good time to publish a book. The bookshelves, publicity channels, and potential readers' attention spans are jammed in the months before Christmas. It's easier to attract attention in the start-of-the year lull.

Two new books would draw some consideration at any time of the year but will be assisted by publication in this period, allowing them deservedly to stand out. Morten Hansen, a management professor at the University of California, Berkeley, and co-author with Jim Collins of Great by Choice, tested various personal productivity possibilities and came up with seven for our consideration in Great at Work. Daniel Pink, author of several books including A Whole New Mind and Drive, presents When, which he calls a "when-to" rather than "how-to" book on the scientific secrets of personal timing.

Prof. Hansen tweaks or upends some of the existing theories on personal effectiveness. His prescription:

Prof. Hansen's research found that those seven practices determine 66 per cent of the variation between people's performance, a highly significant amount.

Mr. Pink takes you through the mood swings of the day and asks you to consider your chronotype by how you operate on your days off. Are you a lark (early morning bird, 14 per cent of the population); night owl (active in the late hours, 21 per cent of us); or a third bird (the majority, 65 per cent, in the middle between those two extremes)?

Mr. Pink hates naps but makes the case for restorative siestas, observing that afternoons are "the Bermuda Triangles of our day." He looks thoroughly at beginning, middles and ends, mixing the research with practical tips. For example, if you flubbed your new year's resolution, he lists 86 days in the year when you can make a fresh start, including the first of every month, your birthday and the first day back from your vacation.

Speaking of time: This is a good season, with dark evenings and wintry weather, to make a fresh start with the ideas in these two books.

Achieving equity in tech hiring: a success story (and lessons)

Duolingo, an online language-learning platform, hit an enviable milestone: Its software engineer hires from universities have reached a 50:50 gender ratio.

"This is a significant achievement in light of the historical gender imbalance in the tech industry. However, it didn't happen by chance. Instead it was the result of a new recruiting strategy that required changes to how we approach hiring software engineers," Jeesoh Sohn, a recruiter with the company, writes on LinkedIn.

Its approach may be of interest not only to tech companies, but others where one gender is less likely to be hired.

It started by analyzing where the company was spending its hiring time and effort. Inevitably, it was at colleges and universities traditionally canvassed, rather than studying their percentage of female computer science undergraduate majors.

With the U.S. average of female computer-science graduates at 18 per cent, the company set out to only visit universities that had more than that number of female undergraduate computer science majors. "We wanted to prioritize schools that were making gender balance a priority; this meant going to some never-before-visited schools, as well as cutting out a few schools that had been on our list before," she notes.

The company also reached out to relevant women's groups on those campuses, such as Women in Computer Science, Women@, and the Society of Women Engineers. Often those groups were hosting networking dinners, luncheons or an information session that company representatives attended. It also sponsored a Grace Hopper Celebration of Women in Computing Conference – designed to highlight the research and career interests of women in the field – for the first time, and made sure all its female software engineers attended.

As well, it arranged unconscious bias training for its interviewers.

None of that is remarkable. It's solid managerial problem solving, designed to not take the ratio of female software engineers at the company as a given but to aim for equality.

Struggling to make a decision? Tips for easing the process
December 29, 2017

How to juggle multiple tasks without burning out
January 4, 2018

How women can improve at office politics
January 18, 2018

Perfecting your LinkedIn profile: Try these tweaks to boost your professional presence
January 19, 2018 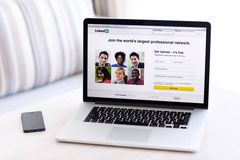