About 10 years ago, Herminia Ibarra created a leadership program for mid-career employees looking to expand their roles or viewed by their bosses as having potential to move up the ladder. Most of the approaches in such situations involve getting them to reflect on their personality and impact in the company, through such features as 360-degree reviews. It seemed to make sense – standard leadership development. "But the self-reflection seemed to be blocking change," the Insead business school professor said in an interview.

By analyzing how they did their jobs – understanding what they were good at, and why – they fell into what she calls "competency traps." They preferred to continue to do what had made them successful and what they were comfortable with. "It's who they had become," she noted. But to advance, they needed to reach beyond their current strengths, experimenting with new styles and approaches.

It's common these days to hear we should lead from the inside out: Understand who our authentic self is, and then use that in tackling the external challenges we face. But in her new book Act like a Leader, Think like a Leader, Prof. Ibarra calls for a reverse approach she labels "outsight," in which an external perspective drives inner development. The idea is that the only way to think like a leader is to act like one first – plunge into new projects and activities, interact with different people who can help you grow, and experiment with different (and probably uncomfortable) ways of getting things done.

The first element is redefining your job. Instead of staying stuck in your current routine, look for ways to expand in a manner that will bring you new skills, ideally giving a broader strategic perspective. She suggests that over the next few days, you start observing somebody whom you consider a strategic or visionary leader, and piece together how he thinks and communicates.

Over the next few weeks, sign up for a project – inside or outside your organization – that will take you beyond your expertise and expand your scope. Over the next few months, watch some TED talks to understand storytelling better or attend a convention that will broaden your horizons.

"Anything that takes you out of your daily routine is helpful. It doesn't have to be a big step," she said in the interview.

If you can, study other people doing similar jobs and learn different approaches. Carve out 10 to 20 per cent of your time for these experiments. That might even force you to start delegating more or to eliminate low-priority tasks to find time for the new challenges. All of this is breaking habits – habits blocking you from advancing. "It's not time to think. It's time to do novel things," she said.

The second element is redefining your network, which may also be keeping you stuck in place if those people mirror your own thinking, as is common. She recommends an audit, listing the individuals in the network, as well as its main strengths and weaknesses. Now reach across your organization and outside, broadening the scope of interactions. You can use your existing connections, asking for referrals and introductions to people who would be nice to meet.

Again, don't spend too much time thinking. She urges you to act. In the book, she suggests over the next three days talking to three people outside your business unit or company, learning what they do and how it might apply to your work. In the next three weeks, reconnect with individuals outside the company who might over lunch shed useful light on your work or industry. Make a list of five senior people in your industry you ought to know better, and figure out how to strengthen your relationship with them over the next three months.

The third element is to be more playful with yourself, breaking away from your self-identity. Perhaps you see yourself as a hands-on manager or an excellent people person. But in trying to abide by that perception, you are limiting yourself from acting in different ways.

Changing will feel inauthentic at first – as if you're no longer your best self. Indeed, often that feeling of inauthenticity blocks leaders from transitioning into new roles. They cling to the past. "Authenticity can be an excuse. I have no issue with authenticity. But there will be times you won't feel like yourself," she said. Just get on with it.

Be more playful, seeing yourself in different ways. "You don't have to be the opposite of who you are. But flirt with the possibilities," she said. Don't feel you are a public speaker? Try it. Maybe you can become accomplished without being the entertainer you fear the role demands. U.S. President Barack Obama has been called a chameleon for the way he adjusts to different situations, and that's a good model for an aspiring leader.

The top reasons people search for a new career
March 23, 2015 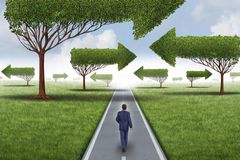 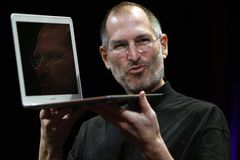 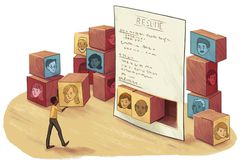 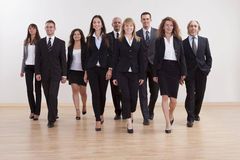 Modern recruitment has changed. Have you adapted?
March 19, 2015 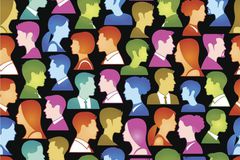 Why one man ditched his standing desk for good
March 19, 2015 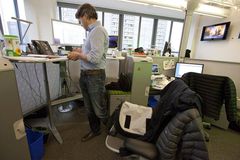 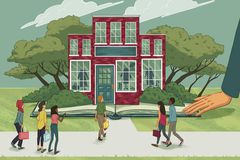 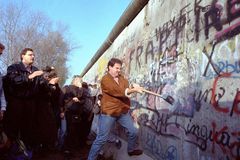