When most employees go to the office each day, they assume their work will not only earn them a paycheque, but also drive the success of their employer.

Sammy Ayoub expects the same, but gains extra motivation knowing his efforts will also have a direct impact on his personal wealth.

Mr. Ayoub, a senior project director with EllisDon Corp. in Mississauga, Ont., one of Canada's Top 100 Employers for 2012, thought so much of the building contractor's prospects after joining in 2004 that a year later he bought the company – or at least a tiny chunk – when he was invited into the firm's employee share ownership plan (ESOP).

"It makes you feel part of the company," he says of his EllisDon share portfolio. "When everyone has skin in the game, everyone is working toward the company's profitability."

Mr. Ayoub is one of thousands of Canadian employees who participate in ESOPs, a perk that offers workers an opportunity to buy shares of their employer, typically at a discounted rate. Statistics Canada's most recent benefit survey found that 7 per cent of Canadians participated in some form of share-purchase plan in 2005.

The plans, which can be structured in myriad ways including cash buy-ins, payroll deductions allowing qualifying employees to pay for their shares over time, or as part of a bonus system, offer benefits for both parties.

For employees, they can provide highly lucrative returns on investment. Mr. Ayoub estimates his shares in the privately held company have appreciated by 20 per cent to 25 per cent each year since 2005, far outperforming most investment vehicles.

Employers, on the other hand, offer ESOPs to help drive engagement among workers, betting that having that aforementioned "skin in the game" will encourage these minority shareholders to work harder and find efficiencies to propel the financial success of their company.

About one-quarter of Canada's Top 100 Employers offer some form of employee ownership benefit, but a question remains: In a difficult economic climate, when entire sectors face turmoil and company values tend to fluctuate with the seasons, are ESOPs still a popular means of attracting, retaining and motivating employees?

Perry Phillips, president of Toronto-based ESOP Builders Inc., a consultancy that helps privately held firms set up employee share-purchase plans, says the programs do remain popular when times are tough, but are sometimes a harder sell to risk-averse staffers.

Among clients for whom he implemented ESOPs throughout the recent recession, Mr. Phillips saw an average decrease in employee participation rates from about 70 per cent to 50 per cent. He puts that shift down to basic economics. Those with little extra cash can't or won't invest until they clear up their own balance sheets.

But EllisDon had the opposite experience, according to Janine Szczepanowski, the firm's vice-president of leadership and entrepreneurial development.

"Last year, we saw 84 per cent of employees who were offered shares accept, and normally we would be around a 70-per-cent acceptance rate," she explains. "I think the acceptance rate went up because more and more employees believe in the program and the company."

Ms. Szczepanowski notes that EllisDon has gone to great lengths to educate its employees about the meaning of company ownership – everything from understanding financial statements to the need for management to sometimes make counterintuitive decisions in the name of growth.

"It's crucial for management to keep communication clear and not oversell it," she points out, "because if expectations aren't met, then you get a further spiralling of de-motivated employees and morale issues."

Another key point, Ms. Milliken adds, is that share-purchase plans only really tempt workers when they serve as an add-on to an already competitive compensation package.

If they're used to top up salaries hovering below industry standards, companies face the wrath of their employees – and a potential tidal wave of engagement and turnover challenges – if tough times result in weakened share values.

Ursula Wachniak, director of total rewards at publicly traded Cameco Corp., notes that a recent dip in the Saskatoon-based uranium mining giant's share prices failed to kill morale among its employee shareholders, but it did make them more cognizant of market realities.

"Employees are certainly becoming more aware of the impact of external factors on the value of our stock," she says of the plan, implemented in early 2007 and available to all staff with a minimum six months of service.

That awareness of a company's shifting valuation, whether influenced by market or other economic factors, isn't necessarily a bad thing, adds Mr. Phillips.

"The employees who are engaged as owners will now do whatever it takes to get that company through tough times," he explains. "I've seen this constantly. A lot of companies survive downturns and come back up very quickly because they're still around, thanks to their employees."

At Stantec Consulting Ltd., an engineering firm based in Edmonton, ESOP participation remained at a healthy 60 per cent throughout the recession and after.

Alan Gee, the firm's director of organizational development and learning, credits the company's steady profitability for helping to maintain the allure for profit-seeking staffers.

"I think because people have a stake in the company, these plans open more lines of communication to our leadership and they do help retain employees," Mr. Gee says, adding that Stantec boasts an annual staff turnover of less than 10 per cent.

For 37-year-old Mr. Ayoub, being invested in a profitable firm with a strong growth trajectory has left him largely at ease that his nest egg will continue to increase in value.

But he's willing to put in extra hours as an insurance plan, just in case.

"I work on weekends and nights and no one is forcing me to do that. I want to make sure we get the job done because that's rewarding for me personally, but also for the company's profitability."

· Granting shares to employees for free as a recruitment and retention tool, which Mr. Phillips says is used at fewer than 5 per cent of businesses that offer ESOPs.

· Pricing the shares at market value, then discounting them to account for their minority shareholder status, and offering them to qualifying employees.

· Providing employees with a low- or no-interest loan to buy into the plan, which they then pay back over time through payroll deductions

· Granting shares to employees as part of their bonus structure. 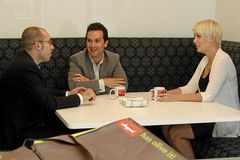 The hunt for talent at an emerging giant
October 7, 2011 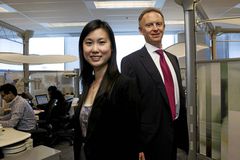 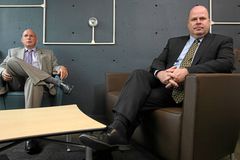 Wanted: workers with a healthy sense of adventure
October 7, 2011 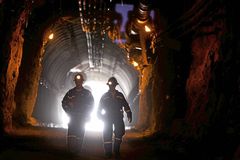 Open doors and music videos at the Yellow Pages
October 7, 2011 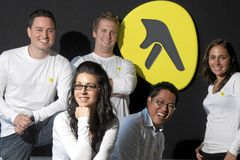 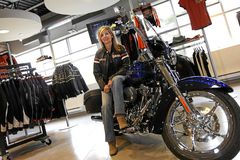 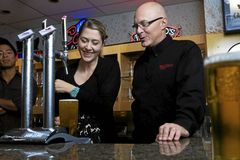