Increasing supplies will see the discount on Western Canadian heavy oil grow once again by the third quarter of this year, says Cenovus Energy Inc., as the oil giant moves to using rail to transport oil sands crude by 2014.

"All things taken as a whole, we're expecting that supply will increase somewhat more than demand, which will result in somewhat wider differentials," chief executive Brian Ferguson said in an interview following the release of the company's first quarter results on Wednesday.

Despite a recent reduction in the discount, Canadian oil producers and governments remain unsettled by the differential issue. The discount paid for Alberta bitumen compared with North American and global benchmark oil prices – called the differential – was wider than usual over the past winter months. Prices are affected by seasonal factors and refining capacity, and the differential has narrowed in some part thanks to increasing rail transport allowing greater access for Alberta heavy crude to certain refineries. But oil producers say the fundamental lack of pipeline capacity to get Canadian crude to the most lucrative oil markets remains a problem.

The position taken by Mr. Ferguson stands in some contrast to others in the industry, including Suncor Energy Inc., which recently cancelled its $11.6-billion Voyageur upgrader project because of soaring capital costs, and cited a view that the price gap between heavy and light oil will narrow over time.

Cenovus predicts the differential – which on Wednesday stood at about $18 U.S. for Western Canada Select compared to almost $40 at one point in January – will widen again in the last half of this year.

Mr. Ferguson said he believes supplies will grow above demand again. Oil production that has been temporarily halted is likely to begin being sent to market, and he expects that Imperial Oil Ltd. will begin shipping up to 110,000 barrels a day from its Kearl project site by sometime in the third quarter.

Mr. Ferguson noted there are some hints of an upcoming increase in demand, including an ongoing $4-billion upgrade to BP's Whiting, Ind., refinery to process Canadian heavy crude, which would help prices. But overall, supply is likely to be higher than the demand, he said.

Cenovus maintains it is especially well-positioned to deal with the differential, as it continues to benefit from the ability to process discounted light and heavy crude feedstocks at the Wood River refinery in Illinois and the Borger refinery in Texas, which Cenovus co-owns with operator Phillips 66. In fact, the driver of its improved cash flow in the first quarter was a market crack spread (the difference between what a refinery pays for crude or bitumen and the price it gets for the finished petroleum product) of approximately $27.50 per barrel, the company said – about $4 higher than the strip pricing used in its guidance.

Cenovus is also managing the differential issue by increasing its ability to ship by rail. Rail volumes averaged approximately 6,000 barrels per day in the first quarter, moving mostly light and medium oil production from south Saskatchewan and Alberta. While pipelines are more efficient and less expensive, the company also wants to begin shipping heavy crude by rail – where special tank cars with coils and insulation are required – by next year.

"What it does is it gives an additional outlet to markets for bitumen," Mr. Ferguson said.

Net earnings for the first three months of 2013 were $171-million, less than the $426-million earned in the first quarter of 2012. The company reported "net earnings were negatively impacted by unrealized risk management and foreign exchange losses in the quarter compared with gains in the same period of 2012." 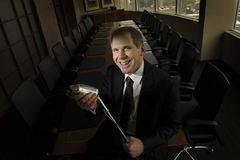 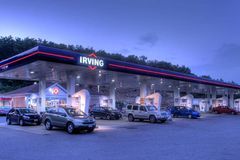 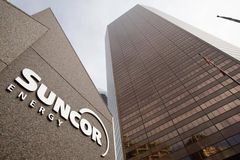 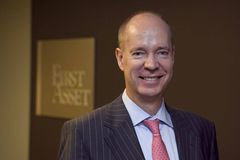