Alibaba sets up shop in America

China is well established as the world's factory, producing goods of varying quality that are exported to the developed world's consumer markets. It's worked quite well for them, so the news that its biggest online retailer, Alibaba, is launching in the U.S. marks a watershed moment. And in a shrewd strategy, Alibaba is not directly taking on well-established leviathans Amazon and eBay. Instead it has unveiled a site called 11 Main, bearing no indication of its Chinese ownership, that for now is offering a limited range of artisanal and small-producer goods not found elsewhere. While other Chinese companies have dipped their toes into the U.S. consumer market with limited success, Ian McGugan in ROB Insight discusses the strategy and explains how Alibaba, with a $15-billion (U.S.) offering due to be launched this year, may prove to be a breakthrough.

The TSX has been creeping up and is now in spitting distance of a record high. At the same time, total insider selling over the past month has reached its highest point since 2012, according to INK Research. The trend may well signal a correction is imminent. In Inside the Market, Darcy Keith looks at the sector leading the selloff, and others that appear to be defying the trend.

The Bank of Canada's latest Financial System Review, assessing the health of the nation's banks, has given the thumbs-up to the Big Six. But there was a caveat in the report about the little guys – credit unions, trust companies and mortgage investment corporations. In Streetwise, David Hains looks at the threats these smaller institutions face from exposure to certain lending sectors, and the consequences that potentially could be far-reaching.

World soccer governing body FIFA has endured more than its share of brickbats, but its governing structure has allowed autocratic leader Sepp Blatter to brush them off as little more than moanings from disgruntled soccer nations and fans. But no longer. Allegations that a Qatari official at FIFA bribed some voting nations to support the winning bid from Qatar to host the 2022 World Cup will not so easily be swept under the table. So, what's different this time? The short answer is money – specifically the enormous sums that big global companies stump up for advertising and broadcast rights. In ROB Insight, Brian Milner looks over the morass and explains how the intersection of corporate sponsorship and global sports is going to change the way things are done.

Never mind what the analysts say, the best way to get a bead on the direction of insurance stocks is to look to the bond market. In Inside the Market, Scott Barlow looks specifically at the key metric that determines their performance, and explains its relationship to profits and as a signal for future growth.

At Bloomberg, the future has arrived

Financial information provider Bloomberg is taking a bold step into the high-tech future as it unveils its latest innovation: a program that runs on a 3-D, multi-screen, virtual-reality wearable headset that could replace the mountain of monitors often used to access the sea of financial data needed to do business. (And you already get a headache from your single desktop screen?) In Streetwise, Jacqueline Nelson explains the technology and how Facebook's Mark Zuckerberg is making a bet it will become the social networking platform of the future.

Stretched and frayed at Lululemon

Chip Wilson, founder of yoga gear maker Lululemon, announced this week just ahead of the annual meeting that he would vote his 27-per-cent stake to push for the ouster of two board members. Is this just the first salvo in an all-out proxy battle, or just a chance for him to let off a little steam? In Streetwise, Boyd Erman examines whether he is serious, and if it may simply be a matter of making a decision to move too late in a wider campaign to effect change.

Who stands to profit from Alibaba’s monster IPO?
Subscriber content
May 7, 2014 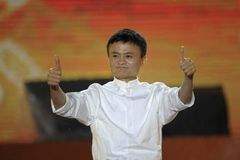 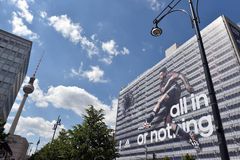