Companies have to make tough decisions to persevere through difficult times, but whether wages or benefits should ever be on the chopping block is a touchy subject – especially for smaller businesses.

Canada's slumping oil industry has shed tens of thousands of jobs in Alberta alone. In September, the country's largest independent oil producer, Canadian Natural Resources Ltd., decided that rather than lay off any of its work force of 7,600, it would reduce salaries by up to 10 per cent in Calgary and Aberdeen, Scotland, with the biggest cuts absorbed by higher-salaried employees.

For small or medium-sized businesses, however, any move that would affect employee pay or benefits such as dental or drug plans could prove disastrous – especially if not handled properly.

"Reducing compensation is a painful process for everyone. It should only be undertaken as a last resort after all other cost reduction measures and attempts to raise prices [for goods and services] are exhausted," says Mitchell Osak, Toronto-based managing director of strategic advisory services at Grant Thornton LLP.

In a smaller workplace, wage or benefit cuts can hurt morale, productivity and possibly the bottom line, experts say.

"At large companies, people tend to be faceless and nameless. But at small companies more often there's an esprit de corps, and often people are in a personal relationship with the owners," Mr. Osak says.

Italo Lunardo faced tough decisions in 2007 when his Brampton, Ont., plumbing company ran into difficult times leading into the economic downturn in Canada.

Intent on maintaining the tight-knit family atmosphere that had developed since he founded Lunardo Plumbing Inc. in 1999, he held discussions with employees.

"We probably had about nine staffers back then," recalls Mr. Lunardo, who is president of the company. "We knew the market was declining in the new-construction sector, so basically we had to either cut staff or look at wage freezes and [cutting] hours.

"We never cut staff, but there were freezes, so we went a time without wage increases," he says. "Some bonuses were eliminated and some were frozen."

Mr. Lunardo also found savings elsewhere in the company, and as a result, not only did no one lose their job but in 2011 the wage and bonus freezes were dropped. Today the comapany has 27 employees.

Toronto labour lawyer Nancy Shapiro, a partner at Koskie Minsky LLP, says that during the tough economic period after 2008 she was called nearly weekly by clients to discuss possibly cutting salaries and benefits.

She warns clients that they face possible legal repercussions if wage and benefit cuts aren't approached properly, including communicating them in a timely manner.

"I tell them right away that they have to be very careful about potentially constructively dismissing the work force," she says. (Constructive dismissal happens when an employer makes a significant change to the conditions of employment without an employee's actual or implied consent. This allows a worker to essentially treat the work relationship as having ended, and he or she can then leave the company and sue for severance.)

Frank Fazzari, a CPA and managing partner of Fazzari + Partners LLP Chartered Accountants, in Vaughan, Ont., commonly helps business clients look for ways to cut costs and improve cash flow without touching wages and benefits because of the potential dangers to a company's reputation – and, indeed, its very existence.

"Cutting payroll and benefits is a drastic approach, required when a company has suffered a substantial setback, like losing a major customer, or a steep change in the costs of essential materials," he says. "In many cases, the substantial setback is not a sudden event but rather something that arises because insufficient attention has been paid to essential and non-essential overhead expenses."

Mr. Fazzari encourages his clients to keep employees aware of any threats to the business – as Mr. Lunardo did when he was pulling his company out of the doldrums – and share with them the responsibility of avoiding those risks, so they are better prepared to handle any fallout.

Here are other ways owners of smaller businesses can avoid or handle employee pay and benefit changes: 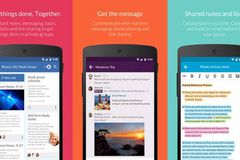 In co-working spaces, a lot happens in the kitchen
October 22, 2015 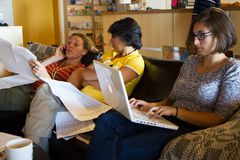 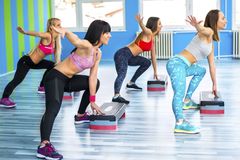 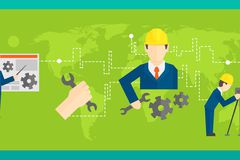 Eight ways to radically increase your productivity
May 16, 2015 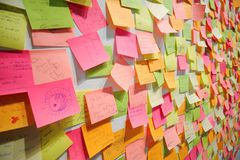