Canadian Imperial Bank of Commerce is expanding in the United States with a $3.8-billion (U.S.) deal to buy a U.S. commercial bank, giving CIBC far greater exposure to the U.S. economy and ending months of speculation about its strategy for diversifying outside Canada.

The deal for Chicago-based PrivateBancorp Inc., which has 34 offices in 12 states, gives CIBC a footprint in the United States and enhances its ability to serve Canadian customers who do business there.

"We have clients [who are served] by competitors in the U.S., and we risk losing them over time if we are not able to provide them with an integrated banking platform across the border," said Victor Dodig, CIBC's chief executive officer. About 80 per cent of the bank's corporate customers do business in the United States.

After the acquisition is finalized in 2017, CIBC estimates that its share of profit from the U.S. will double to 10 per cent and rise to about 25 per cent within five to seven years.

This marks a major shift for the bank, which has been seen as the most exposed among the five biggest banks to the Canadian economy at a time of slow economic growth, high personal debt loads, an overheating housing market and an unstable environment for commodities.

Peter Routledge, an analyst at National Bank Financial, said that CIBC currently derives about 60 per cent of its profit from domestic personal and commercial banking, which is well above the 30-per-cent to 50-per-cent range of its peers.

"We have long argued that CIBC would do well to direct strategic investments of shareholder capital towards reweighting its earnings mix. The bank's board has taken a definitive step in that direction," Mr. Routledge said in a note to clients.

However, he called CIBC's goal of making the United States the source of 25 per cent of its profit "audacious" and believes it implies future U.S. acquisitions.

The deal for PrivateBancorp comes more than 18 months after CIBC openly mulled the prospect of a U.S. acquisition, initially for $1-billion to $2-billion.

Since then, CIBC sold its minority position in American Century Investments for about $1-billion, giving the bank additional firepower but also putting pressure on it to find a new source of U.S. revenue.

At $3.8-billion – split between $1.5-billion in cash and 29.5 million CIBC shares – Wednesday's deal values PrivateBancorp at $47 a share, or 24 per cent above its average price over the past 10 days.

That makes it pricey, according to some analysts, because it values the U.S. bank at a sizable premium over its book value and estimated profit. PrivateBancorp reported a profit of $193-million over the past 12 months.

"While acceptable for a stand-alone wealth management platform, we view it as expensive for a commercial bank, particularly with limited expense synergies," John Aiken, an analyst at Barclays Bank, said in a note to clients.

In a conference call with analysts, CIBC justified the price by outlining the benefits of marrying PrivateBancorp's strong commercial and private banking franchise to CIBC's larger financial resources.

"With PrivateBancorp, we have found the right strategic fit for CIBC," Mr. Dodig said.

The U.S. bank, he said, comes with strong wealth-management capabilities for high-net-worth clients. It has delivered consistent loan growth and comes with an experienced management team that will stay put after the deal closes.

Mr. Dodig also believes the bank is well positioned to benefit from rising U.S. interest rates. While the U.S. Federal Reserve Board is not expected to raise its key rate amid global economic uncertainty, it has signalled its intention to normalize monetary policy as the labour market improves.

Larry Richman will remain CEO of PrivateBancorp, but will also become the head of CIBC's U.S. region and will join the parent bank's executive committee.

"Our strong cultural fit is one of the most compelling things about this transaction," Mr. Richman said. "At the same time, being part of the CIBC organization allows us to continue to profitably grow our business."

CIBC's move into the United States follows a similar strategy from Royal Bank of Canada. RBC announced in early 2015 a $5-billion deal to acquire Los Angeles-based City National Bank, which focuses on commercial and high-net-worth clients. The deal was completed late last year, making it the largest deal in RBC's history. 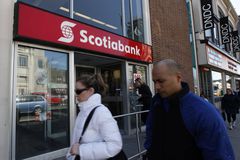 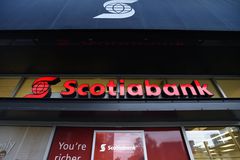 Why Canadian banks are getting hit hard by Brexit Subscriber content
May 16, 2018 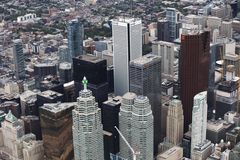 The rationale for CIBC’s blockbuster U.S. acquisition Subscriber content
May 16, 2018 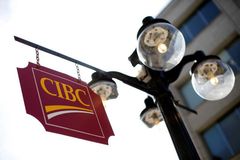 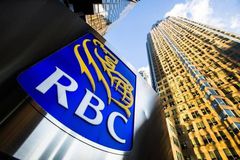 Boomers to inherit $750-billion over the next decade: CIBC
April 7, 2017
Follow David Berman on Twitter @dberman_ROB
Report an error Editorial code of conduct