Canadian Imperial Bank of Commerce has teamed up with a small online lender, Borrowell Inc., offering an example of an established financial institution choosing to work with a rival rather than compete against it.

The deal will allow consumers to apply for loans up to $35,000 from CIBC's website, giving the bank access to Borrowell's cutting-edge personal loan adjudication technology and giving Borrowell access to CIBC's 11 million clients.

The partnership appears to challenge the idea that established banks and new financial-technology firms, or fintechs, are in a battle that will eventually disrupt traditional finance.

"We see fintechs as a good thing if they can accelerate our rate of change," said David Williamson, head of CIBC's retail and business banking operations.

"It's a simple, practical decision: speed and cost," he added. "Is it better, in terms of speed and cost, for us to build something ourselves or is there a fintech out there that has something that is faster, easier and cheaper?"

While a number of fintechs have emerged with fast, user-friendly services, they don't have the millions of clients and decades of trust of the big banks. At the same time, many banks recognize that often it is better to strike partnerships with outside firms than develop their own technology from scratch – potentially thwarting the threat of financial disruption.

In one particularly alarming report by McKinsey & Company, the consultancy argued that new competitors could grab up to 60 per cent of the profits from retail banking.

Yet, partnerships abound as traditional players expand the online and mobile services they offer to consumers, whose expectations are increasingly being set by the likes of Uber, Amazon.com and Netflix.

Among the big banks, CIBC has turned to Thinking Capital Inc. for online small-business loans, Bank of Nova Scotia has struck a similar deal with Kabbage Inc. and Toronto-Dominion Bank turned to Movencorp Inc. for its MySpend budgeting app. As well, a number of credit unions have turned to Grow Financial Inc. for online lending services.

"What we're focused on at Borrowell is using technology to make financial services better for Canadians, and we look for allies who share that same vision," said Andrew Graham, Borrowell's chief executive officer. "CIBC shares that vision with us."

Terms of the deal were not disclosed, but it does give the bank exclusive access to Borrowell's technology and Borrowell gets to use its name on the bank's website. The bank worked with Borrowell to set the range of interest rates on loans, ensuring that rates are in line with what a CIBC client receives in branches.

The firm was established as an online lender that helps consumers refinance credit-card debt at lower rates, and Mr. Graham expects that the partnership with CIBC will act as an "accelerant" to its growth.

Mr. Williamson said that CIBC clients would be given a choice on whether to use the online channel supplied by Borrowell or maintain a more traditional face-to-face lending process with an adviser. He also said that rates associated with online personal loans wouldn't necessarily be any different than those attached to traditional loans.

The upside, he said, was the speed of execution, given that customers who are approved for a loan online can expect to receive the funds the next day.

"We're not changing what we do; we're changing how we do it," Mr. Williamson said. "It's not a different risk profile or a different client base we're pursuing."

That is, they are not pursing payday loans here or taking any other risks not usually associated with major financial institutions.

"This truly is the evolution of lending," he said. "Convenience is being redefined: It's not how many branches you have and how long they are open." 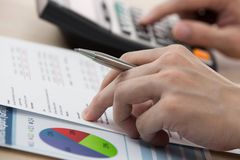 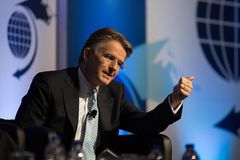