Montreal condo developer Sam Scalia thinks he has devised a sales plan that is pretty unique: If prices in the city fall before construction is completed, he'll eat the difference. Up to a point.

Devmont, founded by Mr. Scalia and his brother Joseph 14 years ago, is building a six-phase, 660-unit project called The Rouge, the third and fourth phases of which are expected to be finished by early next year.

But the fifth building isn't scheduled to be done until August, 2015, and Mr. Scalia has noticed that buyers have grown more skittish about purchasing condos that won't be ready for a while.

So he's guaranteeing that if the MLS home price index for apartments in Greater Montreal falls between the time a customer buys into the fifth phase and the time it's completed, he'll cut the price by the equivalent percentage, to a maximum of 10 per cent.

"Since we put this program in place, in our model unit and on the Internet last week, people who were looking at the bigger units have had more ease when they signed," Mr. Scalia said. "They feel more confident, they feel more reassured."

Confidence in Canada's residential real estate market has been shaky for about a year, part of the reason that the sale of existing homes began falling sharply last summer, and Mr. Scalia's guarantee speaks to the lengths that developers are going to to keep sales up in this environment.

While the slump in sales of existing homes appears to be nearing an end, many observers say it's too early to relax. And mortgage rates are on the rise, a trend that could hit sales. Royal Bank of Canada, the largest mortgage lender in the country, raised its mortgage rates Thursday for the second time in less than two weeks, taking its promoted five-year rate up an additional 20 basis points to 3.49 per cent. (A basis point is 1/100th of a percentage point.) Most banks have been hiking theirs.

Economists at Bank of Nova Scotia cautioned this week that the slowdown is not over, but has migrated from the market for existing homes to those that are being newly built. Last week, the Bank of Canada warned that high consumer debt levels, stretched house prices and signs of overbuilding in some markets continue to pose a threat to the economy. And when New York Times op-ed columnist and Princeton University economics professor Paul Krugman accepted an honorary degree from the University of Toronto last week, he wrote a blog about how Canada's housing market and debt levels are worth worrying about.

On the flip side, there are those who argue fears are overblown.

"We are not denying the fact that household debt in Canada remains elevated," Toronto-Dominion Bank economist Diana Petramala wrote in a research note Thursday. "And, the Canadian housing market continues to show pockets of froth, particularly in large condo markets.

"We would be concerned should we see a further increase in household indebtedness or an acceleration in home-price growth – both of which are certainly a risk given a continued low interest rate environment," she wrote. "However, absent of a negative economic shock, excesses are expected to continue to unwind in an orderly fashion."

Amid the conflicting views, Mr. Scalia said he wants to send prospective buyers the message that "the overall strength of the condo market is strong.

"We believe that even though it might be a very sl ow rise in the next two years, it's still going to be positive," he said.

Ben Rabidoux, a Canadian housing market analyst with the small U.S. research firm Hanson Advisors, said that while there has been a lot of focus on Toronto and Vancouver, Montreal is one city that he believes has worrying signs, including high inventory. He points to a 28-per-cent jump in condo listings in May, compared to a year earlier. 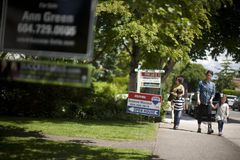 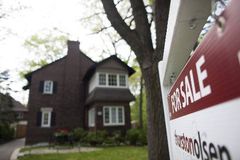