Canada's telecom regulator says it faces a unique problem as it presides over a hearing on the wireless industry: No matter what it does, roaming rates will be regulated.

Jean-Pierre Blais, chairman of the Canadian Radio-television and Telecommunications Commission, said Wednesday that government-legislated caps on the rates companies charge each other for roaming services have put the CRTC in a "strange" position.

The commission has refrained from rate-setting in the wireless industry since the mid-1990s and while it is reconsidering that policy now, the federal government has already intervened by implementing caps earlier this year. If the CRTC does nothing, Mr. Blais said the caps will remain in place, essentially acting as a form of regulation.

"Frankly, there's nobody in this commission that wants regulation just for the sake of regulation," Mr. Blais said in remarks at the hearing Wednesday morning. "And despite what commentators often say out there – because they don't believe us – we actually only regulate where necessary."

In 2008, Ottawa made it mandatory for carriers to sell roaming access to competitors in an effort to help new entrants with small networks succeed. It introduced the caps in June following complaints that small players couldn't negotiate what they saw as reasonable rates. Now that legislation appears to have handcuffed the CRTC into setting its own rates, or letting the current caps stand.

The commission came under fire after it got into a dispute with Netflix Inc. last month, when it threatened to exercise its regulatory authority over the Internet content provider for refusing to provide viewership information to the CRTC in confidence.

Some parties that appeared at a two-week hearing on the future of the Canadian television system also argued Netflix and Google Inc. should pay into funds for Canadian programming.

Federal politicians quickly weighed in, with both Prime Minister Stephen Harper and Heritage Minister Shelly Glover stating the federal government "will not allow any new regulations or taxes on Internet video."

The commission appeared to sidestep the issue of regulating Internet companies this week when it said it was striking Netflix and Google's submissions in the television proceeding from the record.

In the lead-up to this hearing, the CRTC has been examining the wholesale market and seeking information from operators for more than a year. In the meantime, the federal government set temporary rates for wholesale roaming services, capping the rates carriers charge competitors at no more than what they charge their customers at the retail level.

Mr. Blais and other commissioners noted on several occasions during Wednesday's hearing that the rates will either remain at the level set by the government, or the commission will intervene and set them higher or lower.

"Our government believes that roaming costs are too high, which is why we passed legislation to cap wireless wholesale roaming rates. These measures will be in place until the CRTC makes a decision on roaming rates," Jake Enwright, press secretary for Industry Minister James Moore, said in an email Thursday.

Executives from Rogers Communications Inc. urged the CRTC to set rate caps at twice the average retail price, arguing that would create a more competitive market as it would give wholesale providers room to undercut one another.

The company also repeated an argument put forth by Telus Corp. on Tuesday, that heavy-handed regulation will lead the major carriers to cut back on network investments.

"I think [the average retail price] is already too low. If you lower it even further, you will get a situation where, quite frankly, people are not going to build networks properly," Ken Engelhart, vice-president of regulatory affairs at Rogers, told the commission.

Rogers also took aim at Telus and BCE Inc.'s shared network. The two share a radio access network – the spectrum and cellphone towers used to communicate with mobile devices – but operate independent core networks. Mr. Engelhart said BCE and Telus divide up the country into regions and do not compete with each other for roaming customers in those regions. (BCE owns 15 per cent of The Globe and Mail.)

"You should require both Bell and Telus to offer roaming across the entire country," Mr. Engelhart said. "That will make the wholesale market even more competitive."

For technological reasons, Rogers used to be the only incumbent that new entrant carriers could turn to for roaming. In a July decision, the CRTC criticized the company for imposing exclusivity clauses in roaming agreements and charging Canadian startups more than it charged U.S. carriers. 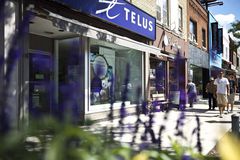 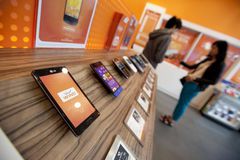 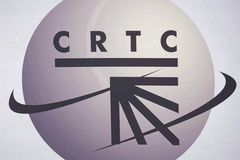 Quebecor not interested in buying Wind by itself but sees room for partnership
September 17, 2014 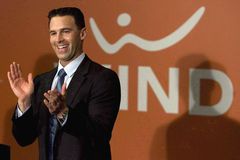 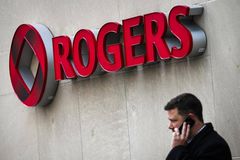 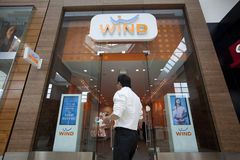