The opening of a frozen-pizza plant in London, Ont., offers hope for the province's food manufacturing sector, which has endured a rash of factory shutdowns and layoffs.

German food giant Dr. Oetker chose the location because of its skilled work force, proximity to key Ontario and American consumers, and government aid of $19-million, said company chairman August Oetker, a member of the fourth generation to run the family business that has factories in 40 countries across Europe, Asia and South America.

The company makes Shirriff pie fillings and other baking products at its factory and Canadian head office in Mississauga.

The $100-million London plant was built with $19-million in grants from the federal and provincial governments. The company is spending another $35-million completing the project with a warehouse and distribution centre that will serve North American markets and make 27 million pizzas a year.

Mr. Oetker is confident the Ontario plant's employees and efficient manufacturing processes will help it produce high-quality food from locally grown ingredients, even though there are less expensive places to make food products.

"Germany is not the cheapest place to make goods and still here we are," he said in an interview. "We have a lot of exports to places that have cheaper labour and lower taxes and things like that.

"We think it's more important that we find first-class labour that makes sure we have a first-class product in the end. Low cost is not the full answer … Watching the world, what do we think of the textiles from Asia? We have to be efficient where we are. Efficient yes, but not cheap," said Mr. Oetker, who is expected to be in London Tuesday for the opening.

Ontario's list of doomed food plants in the past several months includes H.J. Heinz Co. in Leamington, Kellogg in London, and Quality Meat Packers in Toronto, all of which employed hundreds of people earning union wages.

Two weeks ago, Unilever Canada Inc. said it will close its soup and sauce factory in Brampton, putting 280 people out of work. The company said it is building a more efficient plant in Independence, Mo., a city that offers tax advantages over Ontario.

Since 2006, more than 143 Canadian food plants have closed, eliminating about 24,000 jobs, according to a study by University of Western Ontario's Ivey Business School and the Canadian Agri-Food Policy Institute, an Ottawa-based think tank.

Ontario's broader manufacturing sector has lost 24,000 jobs in the past year alone.

But as the Dr. Oetker plant opening illustrates, the picture is not entirely bleak. The Ivey study said the overall industry has not experienced a net decline in employment, and state-of-the-art factories have been replacing older ones that have closed.

David Sparling, a professor at Ivey, expects that more less-efficient, smaller factories will close. But he said that Ontario remains attractive to European food processors because of its relatively low corporate tax rate of 15 per cent, proximity to the United States and factory-ready labour force.

Being a liberal society that is welcoming to foreigners also gives the province an edge over parts of the United States, even as some states there are more aggressive in offering tax breaks and other incentives to build new factories, he said.

Another edge for Canada is the recent decline in the Canadian dollar against the U.S. currency has also helped reduce operating costs, he said, noting that Quebec has been more successful than Ontario at attracting foreign food producers. French companies that have recently opened food plants in Quebec include Danone, Bonduelle and Fleury Michon.

"I'm hoping this is going to be the beginning of a more economically positive era," Prof. Sparling said. 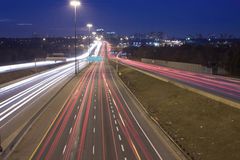 Canada’s manufacturers limping back to health
Subscriber content
May 15, 2014 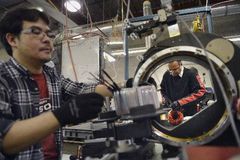 Latest data give reason to be hopeful about global economy
May 15, 2014 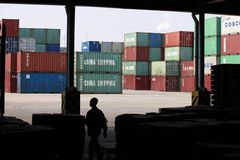