Ultima Foods Inc. of Longueuil, Que., bills its new iögo yogurt line as the only "100 per cent Canadian product" on the market.

The claim refers not to the ingredients, as consumers might expect, but to the ownership of the brand, which is controlled by 5,800 farmers in Quebec, British Columbia, Alberta and Saskatchewan.

That's because iögo – like a rapidly growing share of Canadian dairy products – is made partly with imported "designer" concentrated milk protein, blended into the yogurt to boost yields and skirt a massive tariff wall around the domestic industry.

Why Canadian dairy farmers, who have long fought imports, would add foreign milk ingredients to their products instead of domestic milk underscores the increasingly difficult task of shielding home markets in a globalized industry.

A combination of new dairy technology and the inherently rich incentives to get around Canadian tariffs of 200 to 300 per cent have spawned an explosion of protein imports, used in everything from cheese and yogurt to sport drinks.

The dirty little secret is that most major Canadian dairy processors are now doing it.

"This huge tariff wall is like the proverbial Dutch dike," said one milk protein trader, who declined to be named. "Current trade rules are poking so many holes in that dam that we are running out of fingers to plug them with."

Even dairy farmer-owned co-operatives have little choice but to use imports to stay competitive.

"It's a huge concern for the industry," acknowledged Richard Doyle, executive director of the Dairy Farmers of Canada, the top lobbyist for the country's 12,500 dairy farms.

He blamed a loophole in international trade rules, and said there isn't much the industry can do to stem the tide.

Officials of Ultima, jointly owned by Quebec-based Agropur and Agrifoods International Cooperative Ltd. of Edmonton, defended the use of imported milk protein in its iögo line. There is a financial benefit, spokeswoman Diane Jubinville said, claiming that the main incentive is to produce yogurt with the texture and thickness that consumers want.

"We favour Canadian suppliers, where possible," she explained.

And yet protein imports are steadily displacing Canadian milk, in spite of the tightly controlled supply management system that depends on keeping them out.

The volume of milk protein isolates coming into Canada quadrupled between 2008 and 2012 – to 15,300 metric tonnes from 3,700 tonnes. Volumes of slightly less potent "concentrates" have also increased.

Canada's protein isolate imports were worth more than $113-million in 2012, compared to $43-million in 2008. Combined with imports of protein concentrates, protein imports now make up nearly 20 per cent of total dairy imports, up from virtually nil a decade ago.

The value of the milk these concentrates displace is likely even higher.

The main sources of both protein concentrates and isolates are the U.S., New Zealand and Europe.

They are produced by using sophisticated membrane filtering to separate dairy proteins from fresh skim milk. The liquid or powdered calcium-rich milk protein is then reconstituted at the dairy.

The economics are obvious for Canada dairy processors, such as Agropur and Saputo Inc. Canadian milk protein costs roughly $11 per kilogram, compared to the world price of $7.

Dairy farmers have pushed for several federal measures to keep imports out, including mandated limits on the amount of protein that can be used in cheese and yogurt as well as subsidizing the production of Canadian-made concentrates.

But that hasn't stopped the import surge.

Under World Trade organization rules, Canada applies so-called tariff rate quotas on both milk protein concentrates and the more potent isolates, which contain 85 per cent protein. Importers can bring in product duty free, up to set annual caps, before facing duties of more than 200 per cent.

But the import quota does not apply to isolates imported from the United States, opening up a sizable channel that Canadian processors have exploited – even those owned by farmers.

Trade consultant James McIlroy said Ultima and Agripur have a mandate to make money for their owners, but the imports "fly in the face of what the dairy farmers are trying to accomplish."

There are limits on both concentrates and isolates imported from other countries, including New Zealand, France and Switzerland.

Canadian dairies have been slow to produce concentrates and isolates domestically, even with the subsidies.

The $90-million spent to launch iögo has hit Ultima's bottom line. The company expects to be profitable within the next three years, according to Agropur's 2012 annual reports. 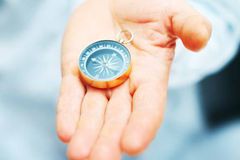