It was Labour Day, 1981, and Stephen Poloz was in bind. A PhD student in his mid-20s, Mr. Poloz was due to start a full-time job at the Bank of Canada the next day – but suddenly realized he'd come to Ottawa without a tie. Everything was closed. So he hopped on to an airport shuttle, and finally found one – an expensive hand-knit tie at a travel boutique.

Now, three decades later, Mr. Poloz has again completed a considerable detour to achieve his ultimate goal: to become Governor of the Bank of Canada.

But Mr. Poloz, who takes over from Mark Carney next month, is stepping into his dream job at a time of widespread global uncertainty.

The world's central bankers played a key role in saving the global economy from complete collapse during the Great Recession. But, with the taps of monetary policy still gushing, growth remains weak and concerns are mounting about how central bankers and governments can manage their way out of this era of sluggishness without endangering their fragile economies.

"The real challenge is that fiscal policy is pretty much spent [as governments try to deleverage] and monetary policy is pretty much spent, and the economy is decelerating and maybe going into a recession," says Tony Boeckh, former publisher of the International Bank Credit Analyst where Mr. Poloz spent three key years as managing editor in the late 1990s. "So what do you do? There aren't a lot of levers to pull. He'll have to do some unconventional things, and the fact he's the new guy on the job won't make it easy for him."

Mr. Poloz returns to the bank after a three-act career that has supplied him, colleagues say, with a degree of well-roundedness and considerable outside experience, putting him on par with other past governors, notably John Crow, David Dodge and Mr.Carney.

The 57-year old Mr. Poloz, a third generation Ukrainian Canadian whose father worked as a mould maker, grew up in Oshawa, Ont., cutting lawns, working part-time in the record department at the local Eaton's department store and spinning records as a local DJ on weekends. He earned degrees at Queen's University and University of Western Ontario, returning home every weekend in a 1967 silver Chevrolet Impala and staying close to his high-school sweetheart, with whom he has two children.

"I would not be where I am had it not been for her," Mr. Poloz said Friday through a spokesman.

Act 1 of Mr. Poloz's career was a successful stint at the central bank, which saw him head its research department and serve on its key monetary policy review committee. Former colleagues say he was an easy-going, charismatic colleague and hands-on boss with a sharp sense of humour and a flair for collaborating and thinking creatively about economics and policy – a reputation that followed him throughout his career.

Mr. Poloz also sensed he wouldn't achieve his goal of becoming governor if he stayed, so in the spring of 1996, he moved to Montreal-based International Bank Credit Analyst, to become managing editor.

"I think it was a fantastic experience because it really put him in touch with global forces that were becoming important in the 1990s," Mr. Boeckh said.

Act 2 was quite a change of pace from the central bank, said Mr. Boeckh, who himself had spent five years working there in the 1960s.

"The Bank of Canada is a very conservative organization. You get marks for being a smart analyst, but there's no incentive for sticking your neck out. At BCA, we were dealing with clients managing $10-billion saying 'Tell me what do with my money.' It's a whole different mindset where you're paid for your insights and sticking your neck out."

"A quarter-point cut in interest rates will prove to be no more than a squashed bug on the windscreen of the world's runaway deflationary train," he wrote in the October 2008 issue. He was also a much-sought-after commentator on the global economy.

At the time, BCA was renowned for a persistent bearishness, and Mr. Poloz fit right in: The Daily Telegraph even dubbed him one of the "Four Horsemen of the Financial Apocalypse" in November, 1998, for his dire warnings.

Some of his calls were prescient, though early: In 1998 and 1999, he warned that equities were becoming overvalued (which ultimately proved true, but after a further runup in values) and of deflation and economic consequences for the U.S. from the after effects of the Asian crisis in 1997-98 (which didn't materialize).

He also called a rise in commodity prices and the Canadian dollar a few years too early, both at the journal and later at Export Development Corp., which he joined as chief economist in 1999 (he became CEO in 2011).

"Some of his calls were a bit on the early," said Peter Hall, now EDC's chief economist. "But he couldn't have been more right."

Dealing as he did with Canadian exporters at EDC, Mr. Poloz showed empathy for the plight of manufacturers in the face of the high dollar, fretting about the effects of so-called "Dutch Disease" – unlike Mr. Carney.

Mr. Poloz hasn't always been consistent in his thinking – in 2008 he suggested it might make sense for central banks to "lean against the wind" to moderate currency swings – and yet a year earlier, he argued that no central bank is powerful enough to counter massive foreign exchange flows. And despite his past bearishness, he missed the oncoming financial crisis, insisting in October, 2007, that "the global economy will avoid a recession."

Then again, most forecasters have calls they wish they could take back. Besides, as Mr. Boeckh pointed out, Mr. Poloz's experience at EDC will be critical as he tries to shape Canadian monetary policy, particularly if the economy follows a different course than that of the U.S. "The bloom is off commodities, manufacturing is getting hurt, the Canadian dollar is too high. One of the things I'd think the Canadian government would be happy about is to engineer a lower Canadian dollar. It's not going to be easy; nobody wants an expensive currency."

Mr. Poloz himself warned 16 years ago that central bankers "historically [make] all of the big mistakes" when economies start growing strongly out of a period of economic weakness, failing to act effectively to stem inflation.

The timing of his appointment suggests he could well find himself faced with that very situation.

A TALE OF TWO BANKERS

Stephen Poloz has been married to wife Valerie for 36 years. They have a daughter and son, and Mr. Poloz is a grandfather.

Mark Carney is married to Diana Fox Carney, also trained in economics and whom he met at Oxford University. They have four daughters.

Mr. Poloz was an economics major throughout, with a BA honours degree from Queen's University in Kingston and a masters and PhD from the University of Western Ontario. In addition to his all-Canadian degrees (he will be the first Bank of Canada governor to have all his degrees from Canadian institutions since Gerald Bouey, who served from 1973 to 1987), Mr. Poloz is a graduate of Columbia University's senior executive program in New York.

Mr. Carney has a stellar academic résumé, with an undergraduate degree in economics from Harvard and a masters and PhD from Oxford.

Mr. Poloz is a public sector guy, although his résumé includes a stint at BCA Research in Montreal. (For years as a student, he was a DJ at bonspiels and weddings on weekends, according to an associate.)

Mr. Carney spent 13 years rising through the ranks of investment bank Goldman Sachs in London, Tokyo, New York and Toronto, before answering an ad in The Economist for a deputy governor job at the Bank of Canada.

Mr. Poloz spent 14 years with the Bank of Canada in Ottawa and then joined Export Development Canada in 1999 as chief economist. From 2008 to 2010, he was responsible for the export credit agency's lending programs; since 2011, he has been the EDC president and chief executive officer.

Mr. Carney was senior associate deputy minister of finance before his appointment to Governor of the Bank of Canada.

Mr. Poloz is described as a type-A personality, talkative and accessible. The productivity of his staff is important to him. He can be equally demanding. But in terms of managing people and getting things done, he is said to be more about evolution, rather than revolution. Those who know him warn not to be swayed by the regular-guy image he portrayed at Thursday's news conference announcing his appointment.

Mr. Carney's style was atypical for a central banker. Outspoken in public, jokey with journalists, he was anything but a distant oracle in the temple of monetary policy. And with the media inevitably noting his Mad Men flare, he was known to be demanding of staff.

Mr. Poloz's thing is golf. He is said to go on golf vacations once a year. He and Finance Minister Jim Flaherty reportedly hit it off over golf. If you want to know fully what makes the next central bank governor tick, you have to know a thing or two about golf. And Star Trek: He's a Star Trek fan, with a liking apparently for both the original series and Star Trek: The Next Generation. A colleague wouldn't go so far, though, as to call him a Trekkie.

Mr. Carney is a fit individual. He was a hockey player in his youth, including a stint as reserve goalie for Harvard, and is known to go for serious morning runs. 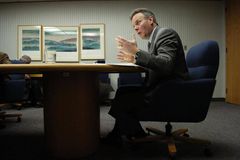 Opinion
Working with Stephen Poloz: an insider’s take
May 3, 2013 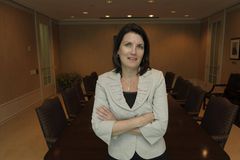 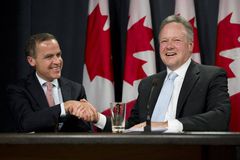 Opinion
No surprise that bank went outside to pick Poloz
May 3, 2013 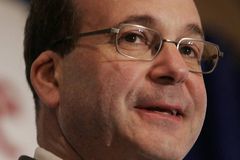 Selection of central bank chief may raise questions about independence
May 3, 2013 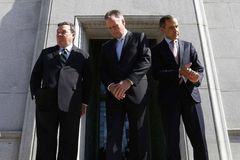 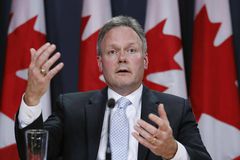 A Bank of Canada Governor from the real economy
May 2, 2013 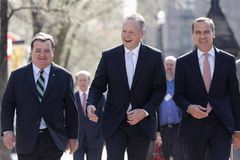 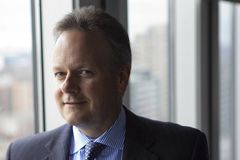