If you want to know what will be keeping the Bank of Canada's brain trust up at night over the next few months, you'll only get so far reading what the bank said in Wednesday's interest-rate announcement.

Perhaps more significant is what it didn't say.

Wednesday's rate statement certainly ticked all the big boxes. To no one's surprise, the central bank left its key interest rate unchanged at 0.5 per cent (check). It's still comfortable with inflation levels, despite recent increases in the overall inflation rate (check). The Canadian dollar, despite its upward drift and recent gyrations, is more or less in line with what the bank assumed in its most recent economic projections in April (check).

Most importantly, the central bank spelled out its "preliminary assessment" of the economic fallout from Alberta's massive wildfires. It estimated that the damage and oil-output disruption would slash about 1.25 percentage points from annualized quarter-over-quarter growth in real gross domestic product. Given that the bank's April economic projections had pegged second-quarter growth at 1 per cent annualized, the damage estimate implies that we may face a small economic contraction in the quarter.

Beyond that, though, the Bank of Canada had surprisingly little to say. Even by the typically parsimonious standards of Bank of Canada rate statements, this one was on the short side. The bank squeezed in a very brief description of the current state of the country's economy, without clarifying many of the most burning questions.

Most crucially, while the bank said it expects that the economy will "rebound" from the wildfire-related second-quarter slump, it stopped short of discussing the likelihood that this rebound will be enough to keep overall 2016 growth on track for the 1.7 per cent it forecast in April.

Does this delay the economy's return to full capacity, the most critical variable in charting the Bank of Canada's interest-rate path? Is that a significant risk that has emerged to the central bank's outlook? If it is, the bank isn't saying so.

That's not the only question on which we are left hanging.

The central bank acknowledged that oil prices have risen, "in part because of short-term supply disruptions." Is that a hint that it doesn't think the higher prices will stick? Um, maybe? In part? The bank doesn't shed another word on the topic – let alone even hint at what impact it believes the higher prices might have on its growth outlook.

The bank expresses some confidence that the U.S. economy will "return to solid growth" after a weak first quarter. But it doesn't elaborate on what this might mean for Canadian non-resource exports – which the central bank has long championed as a critical driver of Canada's economic recovery. In fact, the word "exports" doesn't appear in this statement anywhere.

How does the bank feel about the state of the labour market? Of household spending? Neither warranted even a passing mention.

If the central bank wanted to telegraph uncertainty, these omissions, big and small, certainly do so. For a central bank that in recent years has stepped up its efforts to spell out where it sees risks to its outlook, this rate statement is conspicuous in its lack of such detail. With the exception of the wildfires, the bank seems unusually non-committal about what it is genuinely worried about and what it's not.

One could chalk this up to a particularly incoherent moment for central bank communications, but the process of crafting these rate statements is painstaking, meticulous. Little is put in or left out by accident.

So perhaps the omissions, the lack of elaboration on key issues, is very much the message here. If we are left scratching our heads about the bank's position on the health of non-resource exports, or the sustainability of the oil rally, or the risks to the outlook for a return to full capacity, that may well be because the bank's top officials are scratching their heads themselves. The wildfires have tossed one big spanner into the economic works that weren't firing on all cylinders to begin with.

Toss in the recent rhetoric coming out of the U.S. Federal Reserve, which has sharply ramped up the odds that the Fed could hike its own key rate as early as next month, and there's all the more reason why the Bank of Canada might want to be sparing with its words right now.

The Canadian dollar has more or less stabilized in a range that is still low enough to remain stimulative to exports. With the global currency markets eyeing the Fed's mid-June rate meeting with great interest, the Bank of Canada might be wise to keep a low profile rather than risk inviting new volatility to the loonie.

The Bank of Canada has bought itself seven weeks – until its next rate decision and quarterly economic outlook update, in mid-July – to form a clearer view of where we are headed once the economic smoke from the Alberta wildfires clears. Even if it doesn't have definitive answers by then, we can expect the bank to at least give us a more thorough annunciation of the questions. Economic funk or rising inflation – what should worry Poloz and Co. more?
Subscriber content
May 20, 2016 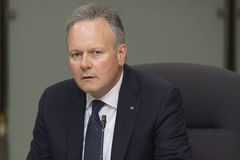 Bank of Canada to expand ties within financial industry
May 12, 2016 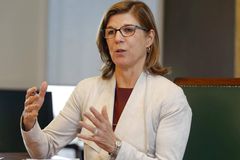