The Bank of Canada is about to add its voice to the rising chorus about Canada's alarmingly frothy housing markets. But regardless of whether the bank itself has grown more concerned about the dizzying price surges in Vancouver and Toronto, this may not be the most opportune time for it to actually say so.

The central bank delivers its twice-annual Financial System Review Thursday morning, and its fair to say that media and public interest in this publication has risen with each passing half-year that (a) housing markets have continued to soar, (b) household debt has continued to soar along with them, and (c) Canadians both within and without the financial sector have continued to wait for someone in charge to do something effective about it.

Now, with the runaway freight trains that are the Vancouver and Toronto housing markets gobbling up prime news space on a near-daily basis, we'll hear if the Bank of Canada has changed its "worried but not that worried" message about the risks of rising prices, massive mortgages and bloated household debt, especially in its two biggest (and maybe most overvalued) housing markets.

Between the report itself and the press conference that follows with Bank of Canada Governor Stephen Poloz and senior deputy governor Carolyn Wilkins, we should get some answers. Whether we'll get any progress is another question.

Despite years of expressing concern about the mortgage-fuelled excesses of household debt, the bank's long-standing position is that its own policy tools – namely, higher interest rates – aren't the best instruments for the problem. That message has only strengthened as the housing markets of Toronto and Vancouver have soared to unprecedented heights, at the same time as those in the vast majority of the rest of the country have moderated or (in the case of the energy-centric markets) turned downward. Rate hikes would apply a heavy hand to the entire national economy in order to address what has become an increasingly localized problem.

The central bank's practice has been to use reports such as the FSR to urge, to prod, to occasionally scold – but to keep its rate policy out of the housing fray. Mr. Poloz believes the best thing the central bank can do to help temper the household debt problem is to keep the economy growing as much as possible and thus keep as many mortgage-payers employed and able to pay their bills – which is best accomplished with lower interest rates, not higher ones.

Instead, the central bank has talked about the use of "macroprudential" measures to tame the housing frenzy and its associated risks to the country's financial and economic stability. That means tighter regulations on mortgage lending and/or lending. Or, heck, maybe even some kind of tax on foreign-based speculators who are, increasingly, being blamed for the madness – which keeps the ball in the federal government's court.

That, let's face it, is where it has been for years. Since 2008, Ottawa has made five separate moves to tighten mortgage-lending rules in an effort to cool the Canadian housing market. Thing is, when it comes to Toronto and especially Vancouver, the effect has been minimal, at best. Even the Liberals' latest tightening of mortgage requirements, which took effect last February, seems to have slowed down nothing, at least so far.

It certainly doesn't sound like the government is prepared to do more any time soon. When asked about that at an event in Toronto Wednesday, Finance Minister Bill Morneau would only say that the government is doing a "deep dive" into a wide range of real estate data to better understand the problem, and "When and if we have something to say, we'll say it."

So, yeah, don't hold your breath.

Arguably, though, the Trudeau government has offered the Bank of Canada more scope to take action than the previous Harper government did. The Harper government was committed to deficit reduction, which left the Bank of Canada to provide stimulus for a sluggish economy by keeping interest rates at extreme lows. With the Trudeau government delivering significant new spending, the central bank is, all things being equal, under less pressure to do all the economic stimulating. Which might, in theory, give it a little more room to consider raising rates earlier than otherwise, if it felt the risk from the housing market was taking precedence over the health of the economy.

To be clear, no one expects the central bank to start talking about rate hikes at this stage. But this might open the door for Mr. Poloz and company to start talking tougher about the housing problem.

But there are other considerations. The Canadian dollar has already been on a roll, thanks to resurgent oil prices and to renewed speculation that the U.S. Federal Reserve may delay its own anticipated interest-rate hikes. About the last thing the Bank of Canada needs is to start making noises that would add more fuel to the currency, which could undermine the expected resurgence in exports that the central bank is still counting on to lift the Canadian economy. If it dials up the housing rhetoric so much that markets interpret the tone as more friendly to an early rate hike, it would add just such fuel.

So if the Bank of Canada is tempted to toughen its talk about the housing dilemma, it might decide to do so slowly and carefully. By the fall, the Fed's plans for rate hikes will likely be back on course, easing the upward forces on the loonie. At that point, raising the alarm on housing a notch will pose less risk of undermining the central bank's plan for the economic recovery. It might even give the government time to get its own policy ducks in a row to contribute to the solution. 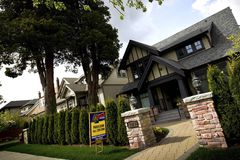 Hot Toronto real estate market gets even hotter in May as prices, sales soar
June 3, 2016 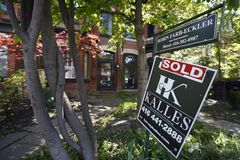 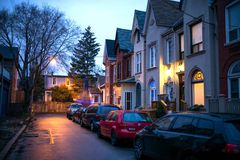