The last time the Bank of Canada issued an interest rate decision, it shrugged off darkening economic skies and placed its confidence in brighter days on the horizon. This week, we'll get a better sense of whether a summer of mostly unpleasant economic news has shaken its faith.

On Wednesday morning, the central bank will announce its latest rate decision – just a week after the Canadian economy recorded its worst quarter since the Great Recession, shrinking at a 1.6-per-cent annualized pace, largely due to the impact of the Alberta wildfires.

But despite the slump, economists and bond market odds makers see a near-zero chance that the Canadian central bank will make any change to its key interest rate, maintaining it at 0.5 per cent, where it has sat for the past 14 months, as the bank's senior officials wait for the evidence of how well the economy emerged from its second-quarter setback.

"The near-term policy outlook depends critically on how big the rebound in third-quarter GDP turns out to be," Paul Ashworth, chief North American economist at Capital Economics, said in a report last week.

The bank won't update its economic forecasts with this rate decision; its next quarterly update will come with the following rate setting in mid-October. But monetary policy watchers will be picking through every word in the bank's rate statement – a notably brief document, typically a half dozen or so paragraphs, released with every decision – for any clues that Bank of Canada Governor Stephen Poloz and his colleagues are adjusting their thinking about the economy's staying power in the wake of the second-quarter slump.

Last time the Bank of Canada decided to hold its rate steady, in mid-July, it also presented a new quarterly economic outlook that dialled back its growth estimates for the second quarter and for 2016 as a whole. Much of the downgrade was caused by the Fort McMurray-area wildfires, which forced the shutdown of a huge swath of Alberta's oil production, taking a big bite out of the country's economic output.

The 1.6-per-cent slump in the second quarter turned out to be a little more severe than the 1-per-cent contraction the Bank of Canada estimated in July. On the other hand, the GDP data probably bolstered the central bank's confidence that the economy would rebound in a big way from the temporary setback imposed by the wildfires: June GDP surged 0.6 per cent month over month, matching the strongest one-month gain in the past five years. Oil production, predictably, roared back once the fires retreated and producers could turn their taps back on, propelling June's growth.

That sets the stage for the quick economic comeback that the Bank of Canada predicted in its July outlook, in which it forecast a brisk 3.5-per-cent annualized growth pace in the third quarter. With only a smattering of early third-quarter economic data in its hands as it prepares this week's rate decision, the bank may point at the June rebound as lending credence to its outlook, while sticking to its previously stated policy stance until it has more information to go on.

In addition to the strong June rebound, other early indicators are also encouraging. Last week's merchandise trade figures showed that exports surged 3.4 per cent in July, the biggest gain of the year, putting some heft behind expectations that trade would bounce back strongly from its rough second quarter. Numerous U.S. economic indicators, meanwhile, have pointed to strength in demand south of the border, particularly in business spending.

The one key piece of data the Bank of Canada won't have in its pocket when it makes its rate decision, though, is the state of the Canadian labour market. Statistics Canada's August Labour Force Survey comes out this Friday, two days after the rate announcement. Job and wage growth will ultimately be critical to sustaining any economic growth recovery beyond the expected third-quarter rebound.

Employment has been sluggish for much of the year, and in July slumped by 31,000 jobs, the weakest performance in eight months. Economists are looking for a bounce-back in August, with the median estimate calling for growth of about 20,000 – if for no other reason than that the jobs data are notoriously prone to swings, with surprisingly weak results often followed by reversals.

Still, if the economy is recovering in the third quarter the way the Bank of Canada and most economists expect, an improvement in the employment trend should certainly be in the cards. However, another disappointing jobs report may send the country's economic brain trust back to the drawing board. 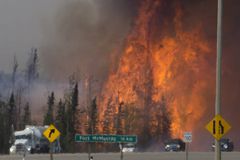