There are easier tasks in the world than making annual economic forecasts. Like, say, trying to hit the bull's-eye on a constantly moving dartboard. From 100 metres. Blindfolded.

Economists have the thankless task of trying again for 2016, after years of what Bank of Canada Governor Stephen Poloz has coined "serial disappointment," in which unforeseen events have thrown forecasters' well-founded predictions out the window time and time again. A year ago, the consensus growth forecast for 2015 was above 2 per cent; the reality looks to have been barely over 1 per cent. A deepening oil shock, a winter deep-freeze, a U.S. port strike, a Greek debt standoff, a Chinese slowdown, a commodity sell-off and a Syrian refugee crisis were just some of the things that scarred the economic landscape in between.

Now, the consensus forecast for 2016 is for the Canadian economy to grow by about 2 per cent, nearly double the estimated pace of 2015. But the range of forecasts tracked by Bloomberg suggests growth could be anywhere from a strong 3 per cent to a discouraging 1 per cent.

"If it's 3 per cent, you're feeling pretty good," said Craig Alexander, vice-president of economic analysis at the C.D. Howe Institute. "If it's 1 per cent, it feels like you're working really hard to get ahead."

Much depends on how the host of variables that go into the economic outlook play out over the course of the year. Let's look at some of the key factors that economists will be closely watching in 2016, any one of which could make or break the economic outcome.

Just as oil was the biggest variable in the Canadian economy in 2015, it's the most influential wild card again in 2016.

Economists expect a firmer oil market in the next year, but the recent renewed slump in commodity prices is testing their resolve. Just a few months ago, they forecast that the North American benchmark West Texas intermediate crude would average north of $60 (U.S.) a barrel in 2016; now, they've scaled that back to something closer to $50. With the price dipping below $35 a barrel in mid-December, oil has a long way to go even to make these reduced forecasts plausible.

"The big question mark is, how big of a drag do lower-for-longer oil prices have on the Canadian economy?" Mr. Alexander said.

The outlook for a modest improvement in global growth should support firmer demand in the next year. And the expectation for a relatively strong U.S. economy, the world's biggest market, suggests potential for stable to better prices. But China, the global linchpin for commodity demand growth, looks to be on a slower path as it transitions to a more mature phase in its economic development. It's unclear which story – the U.S. expansion or China's moderation – will dominate oil and commodity prices in the next year.

Regardless, Canada will suffer growing pains in the wake of the oil shock, as the economy continues to transition toward non-resource exports and services. Extended weakness in commodity prices could deepen the divisions in the Canadian economy – with stagnant growth in energy- and mining-heavy regions contrasted by healthy expansion elsewhere.

The U.S. Federal Reserve Board's recent decision to start raising interest rates, after seven years on the sidelines, could create global ripples that wash up on Canada's shores. The key question is just how much and how quickly the Fed raises rates from here – and how well markets are able to digest rate increases from the most influential central bank in the world.

A rate-raising Fed generally implies good news for the Canadian economy, since it signifies a strengthening U.S. economy and, by extension, rising demand for Canadian exports. With the Bank of Canada unlikely to raise its own rates in 2016, Canada's divergence from Fed policy should keep downward pressure on the Canadian dollar – further aiding the export story by making prices for Canadian goods more competitive.

But because the Fed's interest rates serve as a benchmark on which other rates in global debt markets are based, rising U.S. rates will put upward pressure on market lending rates in Canada and other countries. Toronto-Dominion Bank chief economist Beata Caranci noted that Canada's bond yields are 85-per-cent correlated to U.S. yields. Even though the Fed intends to move slowly, indications are that it will probably increase rates by about one full percentage point in the next 12 months. That could push Canadian borrowing costs higher, undermining efforts by the Bank of Canada in the past year to reduce rates to stimulate the Canadian economy.

Rising U.S. rates could also put pressure on debts in China and other emerging markets – especially countries with substantial U.S.-denominated government debt. Given that emerging economies account for more than half of global gross domestic product (GDP), that could create a significant drag on global growth and economic stability. That would hit home in Canada, too, through reduced global export demand and weak commodity prices.

Entering the final month of 2015, Canada was on pace to create a healthy 150,000 net new jobs in the year – despite the slowest GDP growth since the recession. The resilience of the job market, particularly in the first half of 2015 when Canada's GDP shrank slightly, convinced most economists that the country did not, in fact, slip into a mild recession after all.

Some experts are confident that employment can sustain this strength in 2016, fuelled by a modestly improving economy and rising demand for Canadian exports. Others, however, wonder whether the labour market is another shoe still to drop, as the economy struggles to adjust to what may be a deeper and more extended resource slump than many employers had anticipated.

Consider that, despite the dramatic impact of the oil slump on business spending in the energy sector, Alberta's employment as of November was virtually unchanged from a year earlier. Job losses do typically lag economic downturns, as companies look for other ways to contain costs and get by before turning to layoffs. Another year of price weakness might force more employers' hands in the country's resource-heavy regions.

Any retreat in job creation would, in turn, pose a threat to the relatively healthy consumer demand that has helped sustain Canada's economy, aided by low interest rates.

The sharp decline in Canadian business investment spending, brought on by the plunge in prices for oil and other commodities, was the biggest drag on Canada's economic growth in 2015. Such spending could be a key wild card in Canada's economic fortunes in 2016.

Economists aren't counting on much growth, if any, from private-sector investment. Energy-sector capital spending fell an estimated 40 per cent in 2015, and is expected to retreat another 20 per cent in 2016. Some non-energy segments look ripe for investment to expand their operations, as demand continues to grow. However, the weak Canadian dollar has made foreign-made machinery and equipment more expensive.

"Even though companies are saying they are running out of excess capacity, it can be very expensive for some companies to expand," Ms. Caranci of TD Bank said.

However, with a new government in Ottawa committed to run a deficit to sharply increase infrastructure spending, the public sector is poised to fill some of that investment void. Glen Hodgson, chief economist at the Conference Board of Canada, suggested that federal government spending plans could add 0.25 to 0.5 percentage points to economic growth in 2016, depending on how far it is willing to push the deficit.

"There is some scope to add some energy to the economy," he said.

But with 2016 already upon us and Ottawa still contemplating how to implement its infrastructure program, the government may not be able to get enough projects up and running to meet its ambitious spending targets in the year.

"Historically, it has been very hard to deliver as quickly as you might want," RBC's Mr. Lascelles said.

Record levels of Canadian household debt are the nagging threat lurking behind Canada's economic outlook. Most economists remain confident that those debt loads will become less imposing as incomes grow along with an expanding economy, catching up with the debt growth of recent years. But the household debt burden is a big enough force that, if unleashed by the right set of economic stresses, has the potential to snowball into a full-blown, made-in-Canada recession.

"There are risks in the household sector. But you need a catalyst," TD Bank's Ms. Caranci said.

The most obvious trigger would be a significant rise in interest rates, which would put pressure on debt-servicing costs and housing values, squeezing household balance sheets from both ends. But even with the prospect of the Fed putting upward pressure on Canadian rates, the expected modest pace of increases, coupled with the Bank of Canada's extended low-rate policy, should keep borrowing costs still relatively low – far from the kind of spikes that might set off a widespread debt meltdown.

Nevertheless, recent data from the Bank of Canada, revealing that 8 per cent of Canadian households have dangerously high debt loads of more than 350 per cent of their annual disposable income, suggest that even modest interest rate increases could put a significant chunk of the population under pressure. To the degree that those strains could cause some consumers to retrench on their borrowing and spending, household debts could be a drag on economic growth.

"You see that kind of exposure, you realize how many people are at risk," said Mr. Hodgson of the Conference Board. 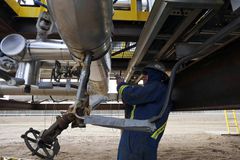 Unlike a true petro-state, Canada is no one-trick pony
Subscriber content
December 29, 2015 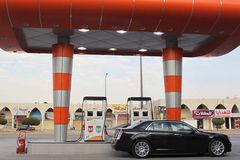