If Canada is going to attract and retain the best and brightest from around the world to help drive its 21st-century economy, it might want to consider its priorities with its relatively high personal taxes, a new international report on talent-competitiveness suggests. If the country is going to demand more from from its elite earners, it needs to up its game on public educational investments to justify the cost.

The new World Talent Ranking report, from Swiss-based business school the International Institute for Management Development (IMD), indicates that Canada is actually looking pretty attractive to global high-skilled workers. IMD ranks Canada 11th out of 63 countries in developing, attracting and retaining talent – well ahead of its major English-speaking peers the United States (16th), Britain (21st) and Australia (19th). Indeed, Canada is the highest-ranking non-Western-European country in the study. (Topping the rankings is Switzerland, followed by Denmark, Belgium, Austria and Finland.)

There are some important characteristics common to the countries at the top of the rankings – and it's not their long, snowy winters, which almost certainly isn't a big draw to elite-skilled global workers (unless we're talking about the small subset of world-class skiers and/or snowplow mechanics).

"The leaders in our ranking offer an outstanding educational system from primary to tertiary levels. In addition, they invest significantly in education. Second, they offer substantial opportunities for career advancement throughout the entire professional life span. And third, they offer a superior quality of life," IMD said in its report.

The study rates Canada highly in many of these key qualities. It ranks Canada's university system fourth in the world, and in the top ten in science education. Canada is also in the top ten in the OECD's PISA test scores of high-school students. IMD also considers Canada in the top ten in personal security and property rights, and in overall quality of life.

This pretty much confirms the kinds of things that Canadians, and their government, often boast: a highly educated labour force, a strong base of institutional stability and rule of law, and a nice, decent place to live and raise your family. It's a pretty appealing package to prospective immigrants looking to bring their skills to our country. Given that the current government in Ottawa is committed to accelerating immigration levels as part of its strategy to invigorate the country's economic potential, with a particular premium on attracting highly educated and skilled workers, it's particularly important for Canada to be highly competitive as a destination for such talent.

But a couple of blemishes leap from IMD's assessment of Canada's appeal to these sorts of coveted economic contributors. One is the country's high personal taxes.

IMD ranks Canada a lowly 35th in personal tax rates. And this is an area where Canada has actually been getting less competitive, not more. In the past five years, Canada's average top marginal personal income-tax rate (federal and provincial rates combined) has crept up from about 45 per cent to almost 52 per cent. Much of that increase reflects Ottawa's introduction in 2016 of a new, higher tax rate of 33 per cent for earners of more than $200,000 a year, up from 29 per cent in the previous top bracket.

That move was aimed at addressing income inequality, making a small percentage of high-income Canadians pay a bigger share while at the same time delivering a tax cut for the lower-middle-income bracket. It's a laudable goal, and one that many progressive economic policy makers in the world support, including such prominent voices as the International Monetary Fund.

Nevertheless, it makes Canada a more expensive place to work for high-skilled, highly paid talent – precisely the kind of people Canada's immigration program would dearly love to attract in greater numbers. At a time when the unpredictable and insular Trump administration is giving elite talent ample reason to look outside the United States for opportunities, Canada's offer to take more than half of their income in taxes is hardly an ideal way to advertise our country as an alternative. Only seven of the OECD's 35 advanced-economy member countries have a higher top marginal rate than Canada's.

But are relatively high personal taxes necessarily a major obstacle to attracting talent? IMD clearly doesn't think so. Of the 10 countries IMD ranks above Canada in its report, only one – top-rated Switzerland – rates better than Canada on personal taxes. It would appear, somewhat counterintuitively, that high personal taxes are a hallmark of the countries that are best at attracting and retaining talent. Perhaps it's because those taxes pay for top-notch services, particularly in education, that elite workers value even more than a small tax bill.

Perhaps more concerning, then, may be Canada's similarly mediocre scores in measures of investment in children's public education. Canada ranks 39th in spending per student. Its pupil-to-teacher ratio ranks 36th at the primary-school level, and a miserable 40th at the secondary level.

If top-notch education is one of the critical elements to building, attracting and retaining a highly skilled work force – which is what Canada believes it must do to prosper in the coming decades – then this under-investment in public schools must be reversed. A re-direction of tax dollars toward primary and secondary education would pay the dividends down the road, and sustain the strong standing in postsecondary education that the country has already achieved.

How to effectively use tax-loss selling to lower your tax bill
November 17, 2017 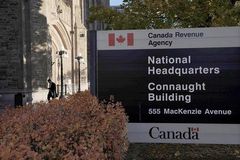 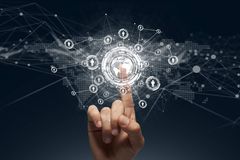 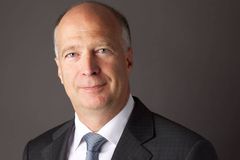