The markets were certainly won over by Canada's surprisingly strong employment report Friday. Statistical skeptics (myself included)? Not so much.

It's not that the 41,000-job increase in Statistics Canada's March Labour Force Survey, quadruple what most economists expected, is so unbelievable – though it takes a little mental gymnastics to make sense of it.

But there are important details in the report that are simply too odd to reconcile, both good and not-so-good. It speaks to the uneven nature of Canada's economic recovery that even in an upbeat jobs report, the pieces don't quite fit.

As forex traders were aggressively bidding up the Canadian dollar (up more than 1 cent (U.S.) at its peak) in the wake of the report, the doubters among the country's economists emerged, buckets of cold water in hand. Their point was that the LFS, a poll of households that comes with a substantial statistical margin of error and a penchant for month-to-month volatility, can from time to time simply produce a distorted result – and maybe this was one of those times.

"These Statscan employment reports have to be taken with more than just a grain of salt. Try the whole shaker," wrote David Rosenberg, chief economist at Gluskin Sheff + Associates, in a note to clients.

Arguably, any doubts over the validity of the oversized job-gain figure are misplaced. Statistically speaking, the big moves in the LFS job count are precisely those we should listen to; it's the small rises and dips, like those we saw in January and February, that we should shrug off.

As Statscan acknowledges with every LFS report, the monthly job-change figure is accurate to within plus-or-minus 29,500 jobs, 68 per cent of the time. (This is what's known as the standard error.) If the one-month employment change is less than 29,500, it's pretty hard to say with any certainty whether there was any change at all, and in which direction. But in March, when the change exceeded the standard error, we can say with comfort that the economy did, indeed, add jobs in the month.

Still, some of the details of the March report prompted conspicuous arching of brows.

The 19,000-job increase in Alberta – Alberta, of all places – beggars belief, coming out the same week the Canadian Association of Petroleum Producers released data indicating that capital spending in the energy sector continues to decline.

Perhaps that result reflected a head fake in Statscan's seasonal adjustments that are incorporated into the numbers – which are supposed to smooth out routine changes in the labour market related to the time of year, but can lead to unintentional distortions when the season doesn't quite look as it normally should. It's notable that it was an unusually warm month in Alberta in March: The average daily high in Calgary was 10 C, double its historical average.

On the other hand, the country's manufacturing sector inexplicably lost 32,000 jobs, despite ample evidence of growth in manufacturing sales and generally strong exports.

Doug Porter, chief economist at Bank of Montreal, noted that the LFS readings have been wobbling for a while between weak job gains and occasional one-month spikes. "The truth is probably somewhere in between," he said.

Perhaps it's not so much that the March numbers are out of whack, but that they reflect a statistical self-correction for the weak figures reported over the first two months of the year, when employment shrank by 8,000 jobs despite widespread indications that the economy was accelerating. (Statscan reported that real gross domestic product surged 0.6 per cent in January alone, the biggest one-month gain in 2 1/2 years.)

Statscan points out that the standard error in its data shrinks when you look at data over a span of several months. For the first three months of the year, job growth totalled 33,000 jobs – exceeding the three-month standard error of 22,000.

So we can say with confidence that Canada's employment is growing in 2016. But perhaps the anomalies are a reminder that it's dangerous to put too much faith in a single month's employment report – especially in an economy that's going through a fitful, uneven recovery. 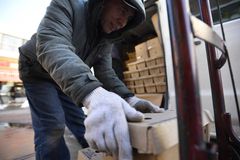 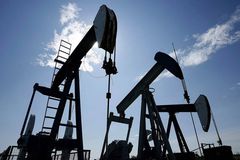 Loonie surges most in 3 weeks after hiring tops estimates
April 8, 2016 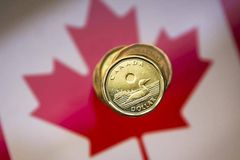