When in a cinema queue, do you look down your nose at those families with chubby kids clutching big buckets of cola? Don't be sorry: Your self-righteous sneer might soon become government policy if Canada follows the global trend. In Britain, sugary soft drinks are joining beer, wine and gasoline in the sin bin, subject to a special tax because we love them too much for our own good.

The British government intends to impose a levy on the sugar content in soft drinks; those with a sugar content in excess of five grams per 100 millilitres will be subject to a tax of 18 pence (about 34 cents) a litre, while those with more than eight grams of sugar will be penalized at 24 pence a litre. From a political perspective, Chancellor of the Exchequer George Osborne enjoyed a triple win with his surprise budget measure, distracting the media from grim public borrowing forecasts while appearing to heed the counsel of a popular celebrity, TV chef Jamie Oliver. In addition, the Treasury will raise more than £500-million ($940-million) from the country's soft-drink addiction.

Sickly sweet sugar is aspiring to the role of public health enemy number one, soon to displace tobacco as the fraternity of smokers dwindles to a few die-hards. In Canada, a Senate committee last month called for a soft-drink tax and a federal ban on food advertising targeted at children. There is an obesity crisis, the committee says, with two-thirds of Canadian adults and a third of children overweight or obese. With mounting evidence of the link between excessive sugar consumption and Type 2 diabetes, the public health argument for curbing sugar is clear; the question is whether taxation is the best way to keep our fingers out of the bowl.

Drinks manufacturers are in high dudgeon and their lobbyists are already in top gear, arguing that chocolate and candy are worse while at the same hinting that they may just absorb the tax and keep prices stable. The evidence from other countries is mixed; a sugar levy in Mexico is reckoned to have caused a 6-per-cent reduction in soft-drink sales in 2014, but manufacturers say it has had negligible impact on actual sugar consumption. Mexicans may be finding cheaper ways to sweeten their day. Mr. Oliver, who became a British national treasure after his highly effective campaign to get junk food off school dinner plates, is ecstatic, calling the tax "a big moment in child health." But is he right?

I reckon he is right, but not about tax. His school-dinner campaign worked, in part because of his winning personality but also because he shamed schools, their governors and politicians into spending more on better child nutrition. It was the embarrassment of countless school boards and the blow to the self-esteem of do-gooding governors when Mr. Oliver revealed that children were being reared on a diet of greasy fries and mechanically recovered meat. If we are to go further and stop parents from pacifying their children with oral injections of sucrose and fructose, we must make such behaviour as shameful as giving them cigarettes.

Consider the different outcomes of decades of heavy taxation of tobacco and alcohol. In the case of booze, nothing much has happened in Canada; almost 80 per cent of Canadians are drinkers and their consumption has changed little over the past 15 years, rising during the economic expansion of the 2000s and gently declining since the financial crash and Great Recession. Tougher policing of drunk driving is having an impact but there is scant evidence that consumption is curbed by some of the world's highest excise duties on alcohol.

Tobacco, however, is very different. Only 14 per cent of Canadians smoke and that percentage has been in uninterrupted decline since the mid-1960s when about half the population was addicted to the weed. Taxes are high and getting higher but so are levies on beer and wine and we also know that alcohol is a killer, a major factor in causing cancer, heart disease, liver disease and mental health problems. Worse still and unlike tobacco abuse, public drunkenness is a public nuisance. It provokes domestic violence and carnage on the roads.

So why do so many Canadians continue to booze their lives away while the diminishing cohorts of tobacco addicts are out in the cold, huddling in doorways, shunned by polite society and sharing the pavement with homeless people? Deep down, we know why smoking is in decline and it instructs us in the best way to proceed with sugar. If the government wants a quick revenue win, by all means tax colas and chocolate as well. However, if we truly want to protect a generation of children from a life afflicted by morbid obesity and diabetes, we have no choice but to humiliate the feckless, the weak-willed and the uninformed. So, carry on giving hard stares in cinema queues.

With its surprise move to tax sugary drinks, Britain joins several Western countries battling a key suspect in rising rates of obesity and diabetes, but health and industry experts say the levy is limited and its effect may be small.

To be serious about cutting calorie intake by reducing sugar consumption, they say, authorities would need to go in harder on sugary drinks and much broader, too – taking on less obvious targets such as dairy products and processed savoury foods.

The exact rate has not been specified, but will be charged on manufacturers and will come into force in April, 2018. Fruit juices and milk-based drinks will be exempt, as will diet sodas.

France, Belgium, Hungary and Mexico have all imposed some form of tax on drinks with added sugar, while Scandinavian countries have levied similar taxes, with varying degrees of success, for several years.

The idea in Britain, Mr. Osborne said, is to target the sugar-laden cans of pop such as cola and lemonade often consumed by children in lower socio-economic groups – which studies show have higher rates of obesity and tooth decay.

Public Health England says its data show the average five-year-old consumes the equivalent of their body weight in sugar in the course of a year. 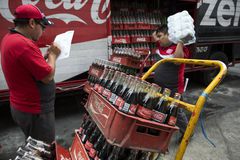 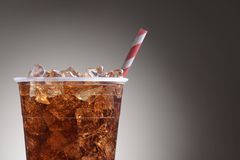 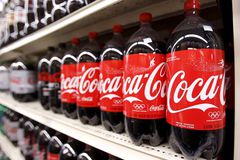