Listen to political debate in Canada and you'll come away convinced that carbon taxes are the acme of cutting-edge tax policy. If, however, you want to get insight into the challenges the 21st century really poses to national tax systems, you need to look at Washington and Westminster, not our vapid political class.

Putting a price on carbon is fine as far as it goes, but what we know about consumers and their fondness for carbon suggests that the price required to get them to use significantly less of it is far greater than the politicians are willing to admit.

A paper for my institute, for example, shows that to get consumers to really pay attention, the carbon tax on gasoline would have to be on the order of $2.30 a litre. Good luck selling that.

And what has been our experience of governments' attempts to manage other social ills through taxation (think gambling, tobacco and alcohol)? They quickly become so addicted to the revenue that they become shabby enablers of destructive behaviour rather than its scourge. Carbon will prove no different.

No, the really interesting thinking right now is going on elsewhere as governments and their traditional tax systems become the latest bystanders sideswiped by the globalization juggernaut.

Globalization has transformed industry after industry. Why on Earth would anyone think the tax collector would come out of this unscathed?

Death and taxes may be inevitable, but the tax system has always evolved in tandem with technology. At the time of Confederation, the easiest way to raise revenue was to tax goods as they passed through the controlled border, so the bulk of tax revenues was raised by tariffs. Today, they are a negligible part of the tax base and the revenue they generate doesn't compensate for the economic harm that they do.

In the 17th century, windows (which are easily seen and counted) were treated as a proxy for wealth since big houses have lots of windows. Result? A window tax. Consequence? Lots of windows bricked over.

Now, globalization and its attendant changes are challenging the taxman in a different way. Some Republicans in Washington, for example, are promoting a border-adjustment tax (BAT). This tax is a response to the problem of how and where economic activity takes place in a globalized world.

Cars, smartphones, airplanes and software may all be created in multiple countries all at once, while the intellectual property they embody may be owned elsewhere and the corporate headquarters may be in yet another jurisdiction. Each one of the countries in which these activities take place wants to capture the value of what has been created and subject it to their taxes. When national economies were more self-contained, this was – if not easy – at least feasible. Now, this attempt to isolate and capture value is becoming bogged down in ever greater confusion and obscurity.

The beauty of the BAT is to move away completely from this increasingly vain attempt to capture, measure and tax pieces of widely dispersed global processes. Instead, the BAT focuses the taxman's attention on something discrete, observable and measurable: when something is bought or sold. As British economic commentator Robert Colvile has written, "instead of trying to follow products around the world and along the value chain, you forget about what's happening abroad and just tax what's bought and sold in your own country, with foreign and domestic products competing on a level playing field."

A BAT has the further advantage of moving the tax burden from corporate income to consumption, with its attendant improvement in the incentives to save and invest. Since the burden of corporate income taxes falls chiefly on workers through lost opportunities and reduced wages, this should gladden the hearts of both left and right.

Less appealing but equally instructive was the British government's recent climbdown from its just announced plan to raise National Insurance contributions from the self-employed. The whole rationale for the change was that the old tax base, composed largely of big companies remitting the taxes of their legions of employees, is breaking down. The massive move to self-employment across the economy was estimated by the Chancellor of the Exchequer, Philip Hammond, to be on track to cost the treasury £5-billion ($8.2-billion) in a few short years.

The fact that the government inadequately prepared the political ground for this shift in taxation should not distract us from the fact that voters still want public services and many of the old ways of paying for them will increasingly fail. Globalization, disruption and innovation don't just affect companies and workers any more; they are about to become prominent features of the tax world, too. 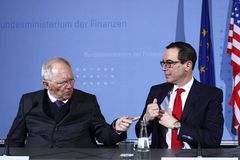