The federal government has a well-deserved reputation for being strong on the economy. In general, it pushes growth-promoting policies while avoiding the opposite.

At the same time, the government frequently repeats its commitment to reducing Canada's greenhouse-gas (GHG) emissions – by 17 per cent below 2005 levels by 2020. A few weeks ago, the environment minister reaffirmed this specific commitment.

There is a subtle disconnect here. It's not that a strong economy and reducing greenhouse-gas emissions are mutually exclusive – they aren't. The evidence is mounting, in Canada and elsewhere, that GHG emissions can be reduced even while maintaining a strong economy, as long as it is done sensibly.

The disconnect is that a government claiming to care so much about a strong economy is simultaneously implementing environmental policies that are needlessly costly.

Environment Canada recently released a report showing the path of our GHG emissions since 1990 and projecting them out to 2020. Though current policies are having some success in reducing emissions, the report clearly shows that there is almost no chance the government's objective will be achieved – it won't even be close. Additional policies will be needed.

What can we expect? We've all heard that new regulations for the oil and gas sector will soon be introduced. Details are not yet public, but we can be pretty sure that the key word will be "regulations" – that is, a list of rules about who is permitted to have what level of emissions, when, and for how long.

Many people would see this as a sensible approach; after all, if GHG emissions are a problem, why not legally dictate the desired reductions?

This is where economists enter the discussion. They are remarkably aligned on the idea that "market-based" policies – such as those that attach a clear market price to greenhouse-gas emissions – are far less costly than direct "command and control" regulations.

In a world in which firms have different costs and technologies, it is more efficient to have a clear price and then rely on the market to process the associated price signals. Firms that can reduce their emissions easily will do so and avoid paying the market price; other firms will be better off paying the price than reducing emissions at a higher cost. The result is that emissions get reduced at the lowest possible cost.

In contrast, regulating all emitters to do the same thing – though often seen to be "fair" – results in a higher total cost for emissions reduction.

Prime Minister Stephen Harper surely has a warm place in his economist heart for such efficiency-based arguments. Yet his government has rejected this policy approach, presumably for political reasons. Explaining how market-based policies function, and why they are superior to direct regulations, is more complicated than simply complaining about a "job-killing carbon tax" – and then quietly designing even more costly policies behind the scenes.

This is what the federal government appears to be doing. In addition to avoiding market-based policies for the oil and gas sector, the government has spent hundreds of millions of dollars promoting the production of biofuels. Despite the green rhetoric, most evidence suggests that supporting biofuels production is a hugely expensive way to reduce GHG emissions – several times more expensive than could be achieved by a policy based on a clear market price.

If the federal government really cares about maintaining a strong Canadian economy, it should do one of two things.

First, it could admit that it doesn't see climate change as a serious problem. It could then cancel its stated objective for GHG reductions and all of its associated policies. This would be quite a dramatic move for the government, but if it really believed that climate change is not a problem this would be the intellectually honest position to take.

The second option – my preferred choice – is for the government to admit that reducing GHG emissions is an important objective, but that it is equally important to minimize the economic cost of any emissions-reduction policy. It would then do away with its current high-cost policies and replace them with more efficient, low-cost policies.

If Mr. Harper is a real conservative, getting him to support market-based environmental policies shouldn't be so difficult – and it would give him another opportunity to show off his talent for political manoeuvring. 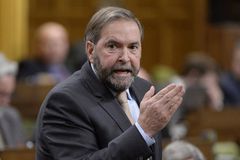 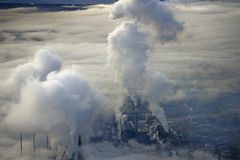 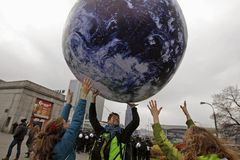 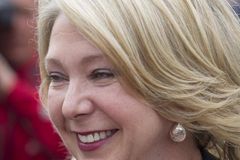