Potash somehow lacks the romance of mining for gold or scouring for oil, but don't underestimate the impact on the economy.

Indeed, economists today began trying to calculate the hit that the economy, Saskatchewan's in particular, will take from the collapse of a Russian cartel and the fallout on the Canadian industry.

Until Tuesday, two cartels controlled the market for potash, a key ingredient in fertilizer, one in North America and the other in Russia.

The major Russian player, Uralkali, announced today that it was pulling the plug on its export partnership, deciding to go it alone and accusing its partner of operating outside of their deal. The suggestion is that Uralkali wants to juice demand via lower prices.

That had an immediate, and wild, impact on the companies that make up the North American export group known as Canpotex, which includes Potash Corp. of Saskatchewan, The Mosaic Co. and Agrium Inc.

Shares of those companies plunged on projections that potash prices could tumble by about $100 (U.S.) a tonne without the pricing power of two cartels.

This is big for Saskatchewan, where potash mining represents about 2 per cent of the provincial economy. For the Canadian economy as a whole, it accounts for just 0.1 per cent. Potash exports last year represented 1.3 per cent of Canada's total exports.

"This is not small for any single commodity, though it compares to a larger share for natural gas of 2.3 per cent and a crude oil share of 16.4 per cent," said assistant chief economist Paul Ferley of Royal Bank of Canada.

"If we assume that 90 per cent of those exports come from Saskatchewan, it would account for a more significant 17 per cent of that province's overall nominal merchandise exports."

The collapse of the Russian cartel and the subsequent projections for potash prices will hit Saskatchewan via reduced mining and construction, Mr. Ferley said.

"For the year as a whole, our forecast had assumed that the non-metallic mineral mining and quarrying component, which largely reflects potash production, would rise 13 per cent in 2013," he said of the provincial economy.

"If we were to assume double-digit declines in potash production for the remainder of this year resulting in this mining component showing no growth for the whole year, it would reduce Saskatchewan GDP by 1 percentage point," Mr. Ferley said in his report, noting RBC's forecast for economic growth in the province had been 2.9 per cent for 2013.

Lower-than-expected construction could shave a further 0.5 of a percentage point from growth, so the "combined hit to mining and construction has the potential to halve growth in Saskatchewan this year, though firmer estimates will await indications of how the industry responds both in Canada and globally."

Chief economist Avery Shenfeld of CIBC World Markets agreed that what happened Tuesday could, in the end, cut potash volumes by 25 per cent, or even closer to 40 per cent, in the third quarter of the year as potential buyers sit on their hands in anticipation of plunging prices.

That, he said, could eat into Canada's economic growth by about 0.1 per cent, or 0.4 per cent at an annual rate.

"These are 'back of the envelope' type figures, but give a sense that potash volume swings can indeed have a meaningful, if not massive, impact on Canadian quarterly GDP data, as they did in the latter half of 2012," Mr. Shenfeld said.

Canadian potash exports have averaged almost $459-million (Canadian) a month over the past 12 months, BMO Nesbitt Burns notes, with sales to China, India and Malaysia up by more than 40 per cent in the first five months of this year.

Sales to Canada's biggest markets, the United States and Brazil, also rose sharply, said BMO economist Christy Chen, and, but for the latest developments, overall exports could well have topped their peak of two years ago.

A spokeswoman for Saskatchewan Premier Brad Wall told The Canadian Press it's too early to determine the impact.

"We will be monitoring these developments closely and speaking with Saskatchewan potash producers to gain a better understanding of the potential impact," she told the news agency.

"We will also be evaluating the potential impact on potash revenues, which will be reflected in the first quarter financial report when it is released in August." 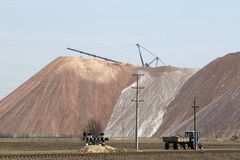 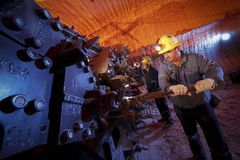 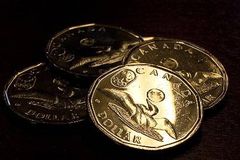