Dairy farmers claim that the proposed trade pact with Europe will do them great harm, yet some academics and journalists see our supply management system as an assault on consumers and an albatross around Canada's neck in trade negotiations, sheltering one small industry at the expense of the entire trade sector's greater future.

Supply management is hard to defend, but a little perspective is needed on the challenges it poses for trade negotiators, and on whether farmers should be compensated for any increase in imports of cheese from Europe.

First, does supply management in dairy harm our multilateral trade interests? Trade negotiations are based on reciprocity: What I give you, for example in a multilateral negotiation, you must give me.

If Canada dropped dairy tariffs to zero tomorrow, letting anybody in the world sell us all the dairy products they could ship, the major beneficiaries would be the Americans, because only they could try to compete in the fluid milk market. But the Americans have lots of restrictions of their own, which they are unlikely to be willing to give up – and they might be surprised how competitive Canadian dairy farmers would be if production quotas were removed.

In cheese, the EU would be the beneficiary of Canada removing all tariffs. Evidently they will get some of what they wanted from us in the new bilateral deal, but only by removing some of their own restrictions on Canadian beef and pork. In butter, the major beneficiary would be New Zealand, whose strident opposition to Canadian participation in the Trans-Pacific Partnership negotiations was flicked aside when bigger players decided Canada should be in. For the rest of the world, and for the bulk of other issues in trade negotiations, supply management has not significantly impeded Canada's ability to pursue its trade objectives.

Second, does the Canada-EU deal, to quote the Leader of the Official Opposition, throw dairy farmers under the bus? One way to answer that question is to try to estimate what would happen to the value of the quota that allows dairy farmers to sell their milk. (Quotas can be bought and sold by farmers, and have a value based on the profits they can be expected to generate.)

In Ontario and Quebec, milk quota prices are constrained by a price ceiling imposed by marketing board authorities – a ceiling that has kept prices considerably below where they would be otherwise. So the trade deal will likely have no impact on those values; the ceiling would still be below where a free market would price them. But if quota markets were left free to operate and the profitability of being a dairy farmer declined as a result of a trade deal, one would expect the price of quota to decline.

Recent estimates by James Rude and Henry An at the University of Alberta suggest that the price decline would be less than 2 per cent when the increased access for European cheese is fully phased in. The price might decline more if farmers worry that the Canada-EU deal is a harbinger of further erosion of the supply management system; the decline might be less if the increased availability of European specialty cheeses induces consumers to buy more cheese, thereby expanding the market, rather than substituting European for Canadian cheese. Such marginal changes in quota value can be wiped out by things such as changes in feed costs, and hardly seem significant compared with the doubling in quota value in Ontario from the early 1990s to 2006.

Third, should dairy farmers receive compensation for any small changes that might possibly be due to more European cheese entering Canada? The answer depends on whether the effect of this change can be isolated from all the other factors that associated with the precipitous decline in the number of dairy farms in the past generation.

This structural change in dairy farming has been happening for reasons independent of any particular trade deal. This attrition happens because overall productivity has been rising in Canada, and the only way for farm families to maintain the same standard of living as their urban counterparts is for their own productivity to keep up. That means more milk per cow, or more cows per farmer, or fewer farmers – all of which has been happening. Supply management has helped farmers manage this adjustment, but it cannot prevent this inevitable process of change.

In short, the Canada-EU deal is unlikely to affect the broad trends affecting dairy farmers in Canada, and getting rid of supply management would not make life all that much easier for trade negotiators. The debate about the future of supply management needs to be conducted on other grounds.

Robert Wolfe is a professor at the School of Policy Studies at Queen's University. He is also a research fellow of the Institute for Research on Public Policy, and a former member of the Canadian Agricultural Trade Policy and Competitiveness Research Network. 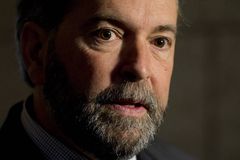 new
Provinces embrace free trade with EU, but not each other
November 3, 2013 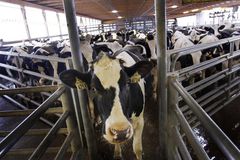 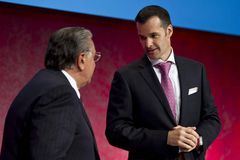